Today marks one of the biggest shake-ups in the history of measurement. But the new standards on how we define units of mass, length, time and so on are not easy to explain. 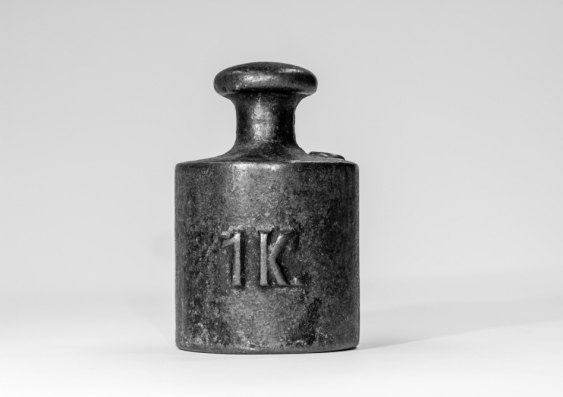 A new standard defines the kilogram from today. Image from Shutterstock

We measure stuff all the time – how long, how heavy, how hot, and so on – because we need to for things such as trade, health and knowledge. But making sure our measurements compare apples with apples has been a challenge: how to know if my kilogram weight or metre length is the same as yours.

Attempts have been made to define the units of measurement over the years. But today – International Metrology Day – sees the complete revision of those standards come into play.

You won’t notice anything – you will not be heavier or lighter than yesterday – because the transition has been made to be seamless.

Just the definitions of the seven base units of the SI (Système International d'Unités, or the International System of Units) are now completely different from yesterday. 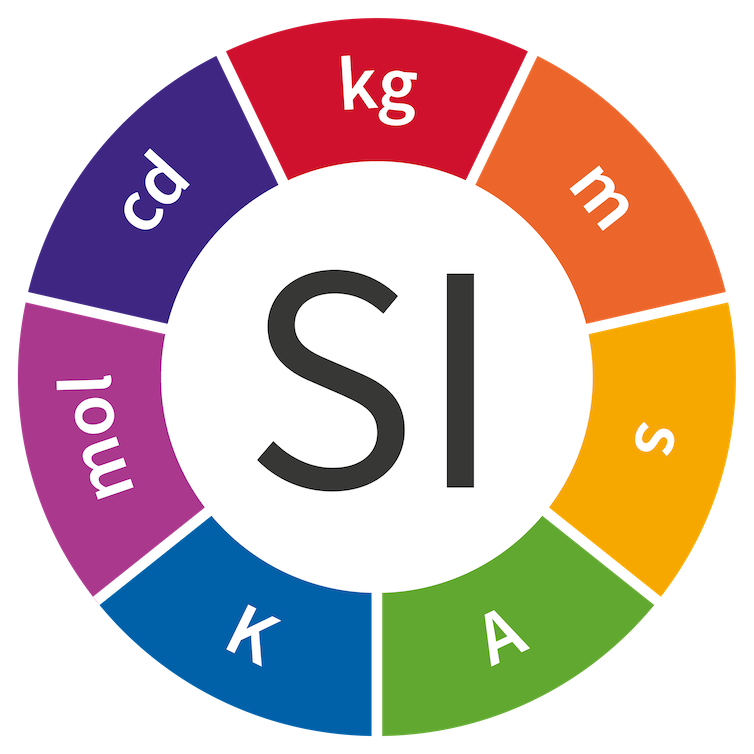 How we used to measure

Humans have always been able to count, but as we evolved we quickly moved to measuring lengths, weights and time.

The Egyptian Pharaohs caused pyramids to be built based on the length of the royal forearm, known as the Royal Cubit. This was kept and promulgated by engineer priests who maintained the standard under pain of death. 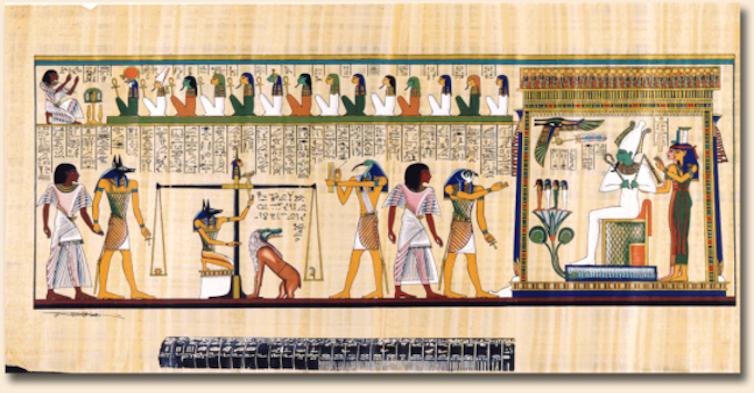 Metrology in action – weighing the souls of the dead and the Egyptian Royal Cubit (the black rod). Brynn Hibbert

But the cubit wasn’t a fixed unit over time – it was about half a metre, plus or minus a few tens of centimetres by today’s measure.

The first suggestion of a universal set of decimal measures was made by John Wilkins, in 1668, then Secretary of the Royal Society in London.

The impetus for doing something practical came with the French Revolution. It was the French who defined the first standards of length and mass, with two platinum standards representing the metre and the kilogram on June 22, 1799, in the Archives de la République in Paris.

Scientists backed the idea, the German mathematician Carl Friedrich Gauss being particularly keen. Representatives of 17 nations came together to create the International System of Units by signing the Metre Convention treaty on May 20, 1875.

France, whose street cred had taken a battering in the Franco-Prussian war and was not the scientific power it once was, offered a beaten-up chateau in the Forest of Saint-Cloud as an international home for the new system. 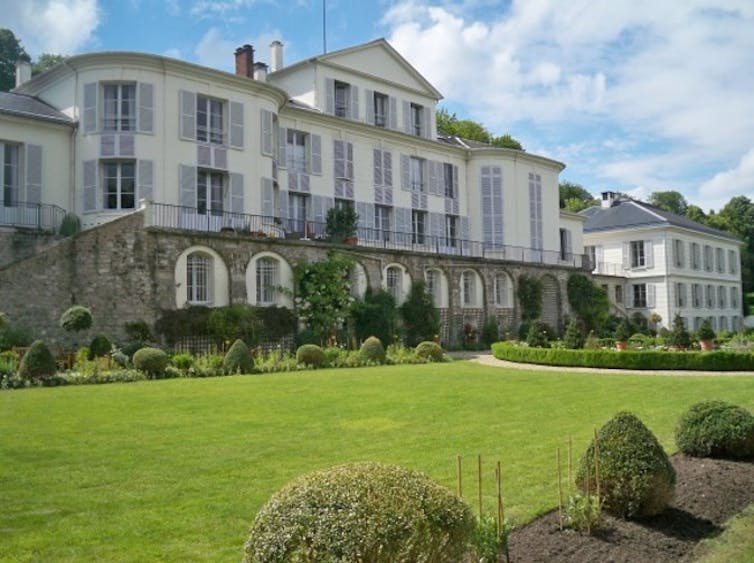 The Big K is a polished block of platinum-iridium used to define the kilogram, against which all kilogram weights are ultimately measured. (The original has only been weighed three times against a number of near-identical copies.) 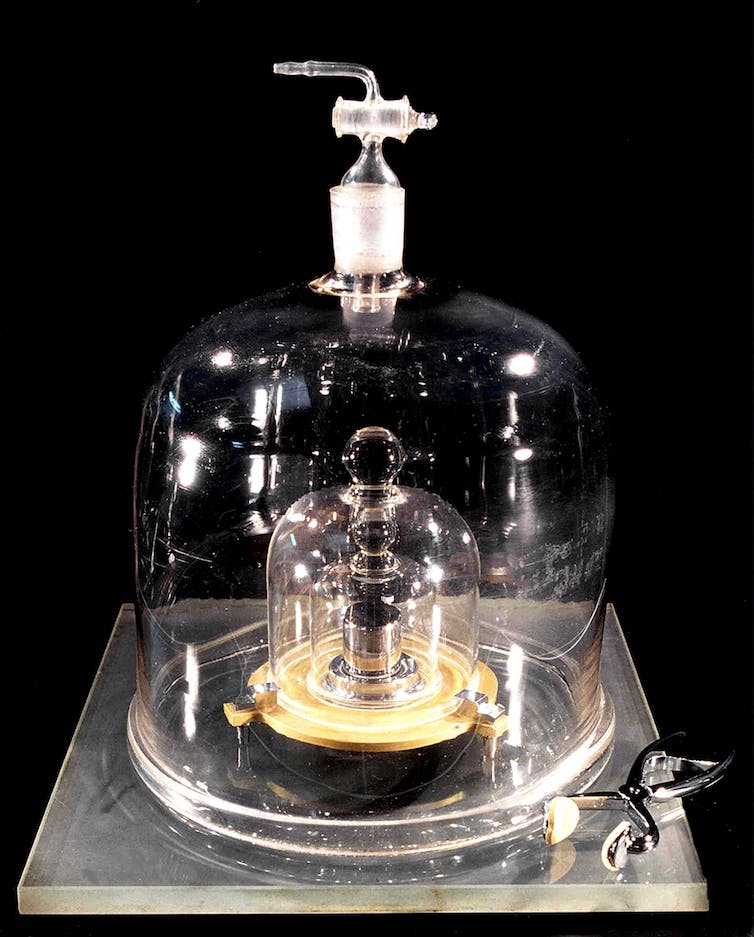 International prototype of the kilogram (the Big K). Photograph courtesy of the BIPM

The British, who had been prominent in the discussions and had provided the platinum-iridium kilogram, refused to sign the Treaty until 1884.

Even then the new system was only used by scientists, with everyday life being measured in traditional Imperial units such as pounds and ounces, feet and inches.

The United States signed the Treaty on the day, but then never actually implemented it, hanging on to its own version of the British Imperial system, which it still mostly uses today.

The US may have rued that decision in 1999, however, when the Mars Climate Orbiter (MCO) went missing in action. The report into the incident, quaintly called a “mishap” (which cost US$193.1 million in 1999), said:

[…] the root cause for the loss of the MCO spacecraft was the failure to use metric units in the coding of a ground software file, “Small Forces”, used in trajectory models.

Essentially the spacecraft was lost in the atmosphere of Mars as it entered orbit lower than planned. 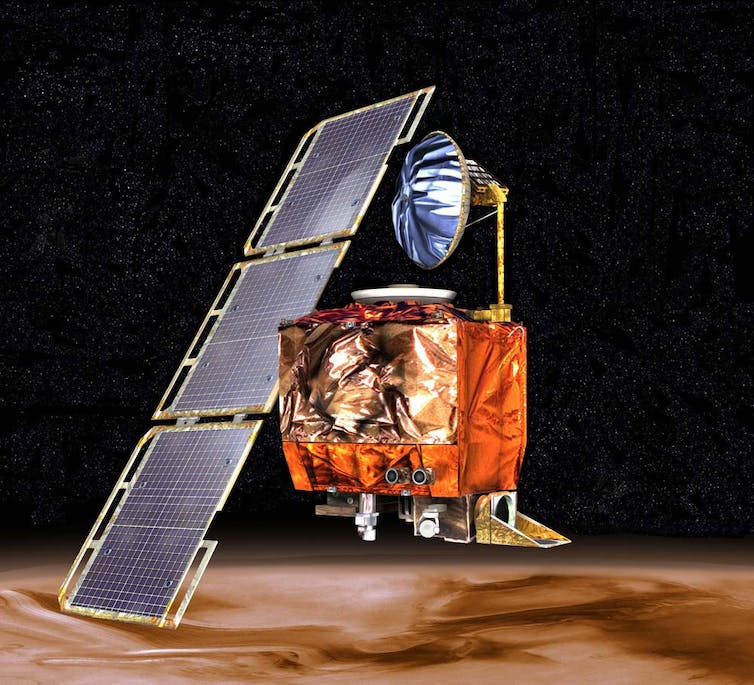 Lost on Mars: An investigation found the Mars Climate Orbiter likely burned up in the atmosphere of the red planet due to a clash of metrics. NASA/JPL

So why the change today? The main problems with the previous definitions were, in the case of the kilogram, they were not stable and, for the unit of electric current, the ampere, could not be realised.

And from weighings against official copies, we think the Big K was slowly losing mass.

All the units are now defined in a common way using what the BIPM calls the “explicit constant” formulation.

The idea is that we take a universal constant – for example, the speed of light in a vacuum – and from now on fix its numerical value at our best-measured value, without uncertainty.

Reality is fixed, the number is fixed, and so the units are now defined.

We therefore needed to find seven constants and make sure all measurements are consistent, within measurement uncertainty, and then start the countdown to today. (All the technical details are available here.) 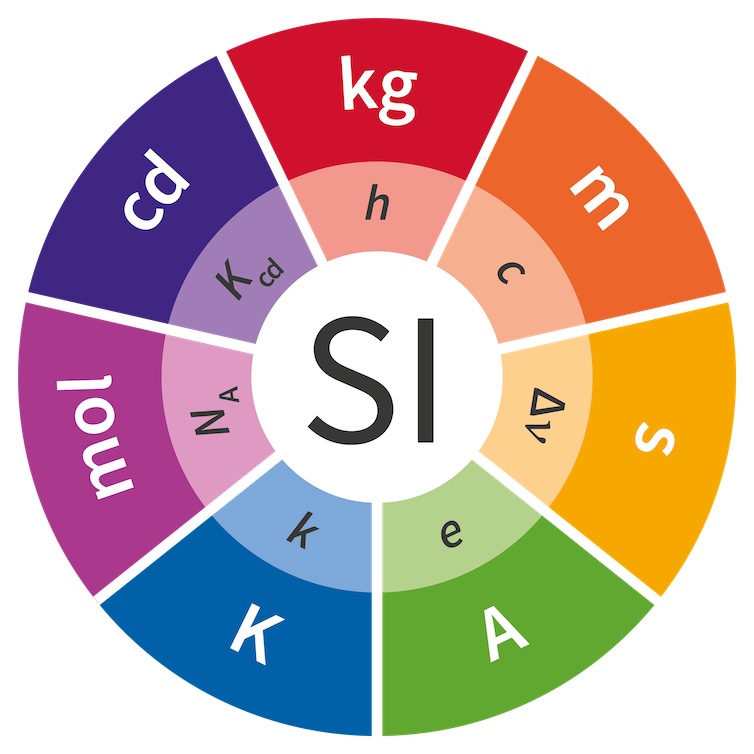 The seven unites are now defined by universal constants such as the speed of light c for the metre. BIPM, CC BY-ND

Australia had a hand in fashioning the roundest macroscopic object on the Earth, a silicon sphere used to measure the Avogadro constant, the number of entities in a fixed amount of substance. This now defines the SI unit, mole, used largely in chemistry. 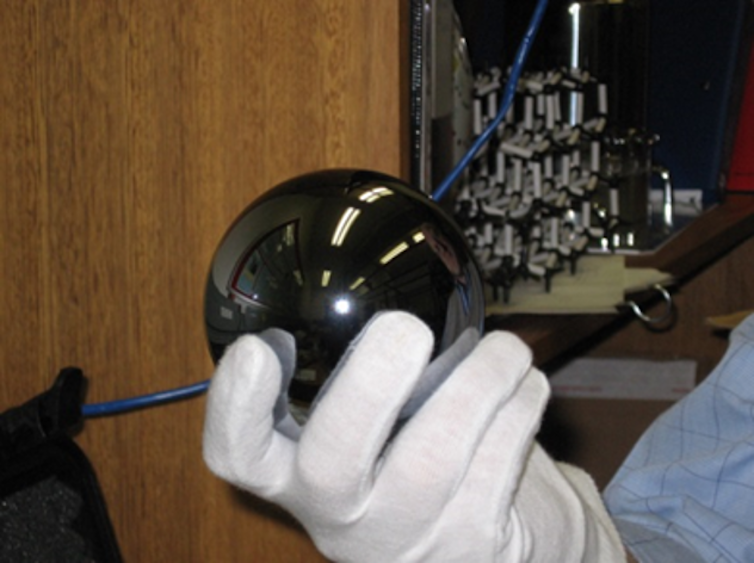 Walter Giardini of the National Measurement Institute Australia holding a silicon sphere as part of the Avogadro project. Brynn Hibbert

From standard to artefact

What of the Big K – the standard kilogram? Today it becomes an object of great historical significance that can be weighed and its mass will have measurement uncertainty.

From today the kilogram is defined using the Planck constant, something that doesn’t change from quantum physics.

The challenge now though is to explain these new definitions to people – especially non-scientists – so they understand. Comparing a kilogram to a metal block is easy.

Try explaining that to someone!

Bushfire smoke is bad for your eyes, too. Here's how you can protect them