Opinion We need more scientists to take the leap into politics 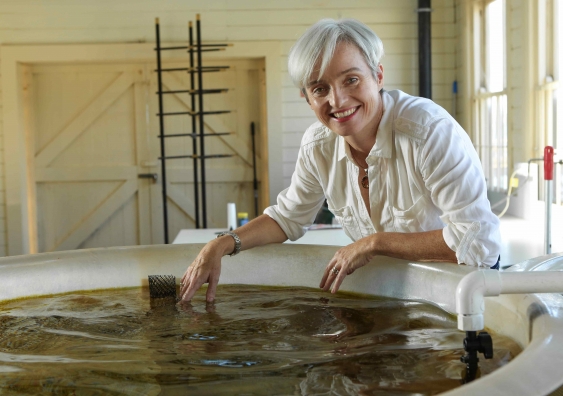 OPINION: There are four important characteristics of scientists that are especially important to bring out of the lab and that could make a real difference in this rapidly changing and increasingly interconnected world.

The first is vision. A visionary leader doesn't simply enthuse and motivate their immediate team but conceives of the goal to work towards. They are both inventor and strategist – they see patterns in the data and in the surrounding social and natural environment that are not immediately discernible to other leaders. Visionary scientists can provide competitive advantage in all spheres and great vision is why scientists form the foundations of innovation-led economies.

The second important trait is systems-based thinking; problem solving and decision making based on analyses of the data, not hasty conclusions based on values or beliefs. This objective, evidence-based approach reduces the influence of the implicit biases we all have and forces us to consider the consequences of decisions. Leaders who use evidence or fact-based decision making tend to be better at prioritising the allocation of resources for maximum impact while pursuing the next phase of optimisation of products and processes.

Third, a love of structure. Scientists are rigorous guardians of the methods and processes of experimentation, observation and testing that underpin the creation of rigorous, reliable knowledge. This is partly why in recent polls more than 80 per cent of the public say they trust scientists.

Finally, partnership. Scientists are proven team players. Much research simply wouldn't get anywhere if the research team was not cohesive. Effective collaboration and participatory leadership is crucial when the work is hard and the individual rewards are small (as is the case for most scientific teams, which comprise a few paid staff and a lot of brilliant low-paid early career researchers and students). We don't get bonuses. Our rewards are knowledge, and participation in discovery. Enthusiastic and inspirational science leaders motivate us towards such esoteric goals.

Imagine then if more of our best scientists were leaders in society: their leadership styles could change the way the world is run. A rare example is German Chancellor Angela Merkel, a former research scientist with a PhD in quantum chemistry. Chancellor since 2005, and Time person of the year 2015, Merkel has certainly navigated some very challenging issues with apparent intellectual diligence, curiosity and calm.

Australia too needs the vision, evidence-based decision making, process and participation that scientist leaders offer. Vision to create the solutions to pressing national and global problems. Evidence-based decision-making to optimise resource use and reduce bias and risk. Good process to ensure quality and reliability. Participation to make the ride so much more rewarding for so many.

As scientists we've got plenty of work to do. That begins with embracing the concept and study of leadership so we can reimagine ourselves in diverse roles beyond the lab. And we need to build the broader knowledge base and communication skills to match.

If we practise and improve our leadership capabilities, if we opt in, I believe we can be transformative leaders in Australia too. We should take pride in our potential contributions to leadership not only in our laboratories, but in our businesses, our communities and our houses of parliament.