Overweight people experience much more stigma in their daily lives than previously realised, with parents, friends and partners a common source of negative comments, research shows. 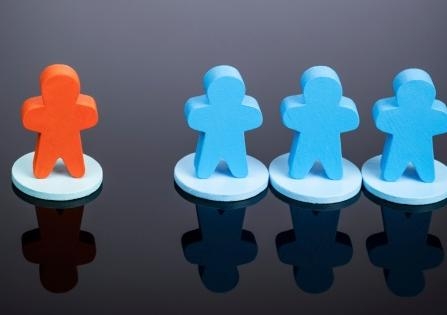 Overweight and obese people experience many more episodes of being stigmatised in their everyday lives than was realised, with most suffering almost daily negative treatment, a UNSW-led study shows.

UNSW psychologist Dr Lenny Vartanian and his research team gave 46 men and women in Sydney a personal digital assistant on which to record details about each incident of weight stigma during a two-week period.

Weight stigma was defined as any instance where the person felt they were being treated differently because of their weight, such as being made fun of, glared at in public, or having an unrelated physical problem blamed on their weight.

As well as recording these interpersonal experiences, participants also recorded their reactions to negative portrayals in the media of obese people as lazy, over-indulgent or targets of ridicule.

“One of our most striking findings was how common these experiences are. Nine out of 10 participants reported at least one episode during the fortnight. The average was almost one episode a day, with one individual experiencing stigma 11 times in a single day,” says Dr Vartanian.

“This high frequency of stigma experiences should be cause for concern. It can lead to lower self-esteem, depression and increased body dissatisfaction. And research shows that obese people who feel frequently stigmatised are less motivated to diet and exercise, and more likely to binge eat.”

The research is published in the Journal of Contextual Behavioural Science.

Almost half the stigmatising episodes occurred at home, and parents, friends and partners were a common source of negative comments and behaviours.

“Overweight and obese people are vulnerable to experiencing stigma in the privacy of their own homes, and not only when they are out in public,” says Dr Vartanian.

“But we found that strangers are the most common source of daily stigma, and their comments and actions had a greater negative effect on the mood of the people than those made by family members or friends or by what they’ve seen in the media.”

“Given the diversity in sources of stigma our results suggest a variety of different strategies might be necessary to help people cope with weight stigma. What works when it comes to a family member might not work when the source of stigma is a stranger, and vice versa,” says Dr Vartanian.

Participants in the study experienced an average of 11 episodes of weight stigma in the fortnight, but the experiences of individuals varied a lot, with the number of episodes ranging from 1 to 49 during the two-week period.