UNSW researchers have linked the burden of humpback whales’ annual migration to depleted microbial diversity in their airways – an indicator of overall health. 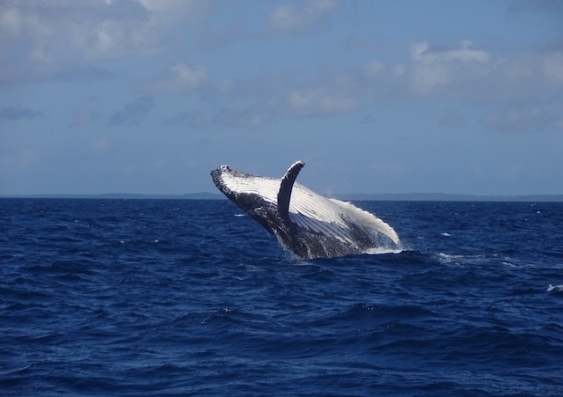 Whale-watching season is delighting the viewing public along the east Australian coast but while it’s a boon for the tourism industry, for the majestic humpback whale it’s potentially a time of less optimal health.

UNSW Sydney researchers collected and analysed samples of whale blow – similar to mucus from a human nose – and found “significantly less” microbial diversity and richness on the return leg of the whales’ migration, indicating the whales were likely in poorer health than when their journey began.

Microbial diversity accounts for the wide array of microorganisms – the smallest forms of life.

East Australian humpback whales complete, on average, an arduous 8000-kilometre round trip between Antarctica and Queensland from May to November each year, fasting for most of their journey.

“The physical strains of the humpback’s migration likely affected the microbial communities in the whales’ airways – so, our findings are key to further developing the analysis of airway microbiota as a non-invasive method for monitoring the immune function and overall health of whales and dolphins,” Dr Vendl said.

“People enjoy whale-watching season, but with it comes reports of whales becoming stranded. Although humpback whale stranding events occur naturally and regularly to injured and young whales, it is crucial to monitor the population health of this iconic species to ensure its long-term survival.

“Humpback whales do not only play an essential role in their marine ecosystem but also represent an important economic resource, because whale watching is a booming industry in many Australian cities and around the world.”

Humpback whales were almost hunted to extinction. The last whaling station in NSW, at Byron Bay, closed in 1962 because so few whales could be found.

Humpback whales are now protected throughout Australia, and in NSW are listed as a vulnerable species under the Biodiversity Conservation Act 2016.

Dr Vendl, who has a background in veterinary science, said it was amazing the east and west Australian humpback whale populations had recovered well in the years since whaling stopped.

“So, these whale populations are not endangered, but that doesn't necessarily mean things will stay that way,” she said. 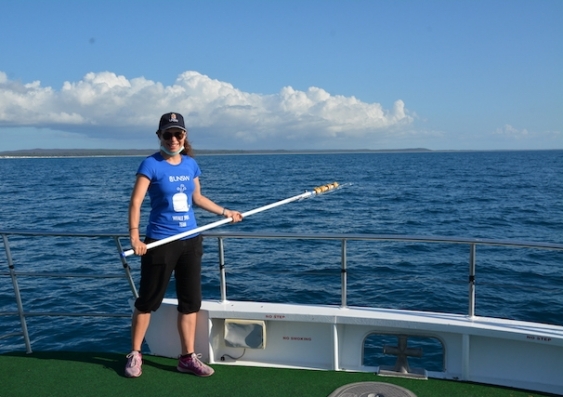 Dr Vendl said it was important to find a non-invasive method to study whale health, because many whale populations around the world were endangered – yet scientists still knew fairly little about whales’ physiology.

“Many whale species are at or near the top of their food chain – so, a whale’s general health can be a good indicator of the health of their marine ecosystem,” she said.

“Humpback whales mostly live on tiny creatures called krill, but because there is less of this preferred food along the east Australian coast and it’s such a huge effort for them to open their mouths to feed, they rely on energy stored in their blubber.

“Fasting is therefore a major physiological strain during the whales’ migration.”

Dr Vendl collected airway mucus from 20 whales in Hervey Bay, Queensland, during the humpback’s return leg to Antarctica when the whales were several months into their migration in August 2017.

The researchers then analysed and compared the whales’ blow microbiota to samples Macquarie University scientists collected near Sydney in May and June 2017, for a separate study, when the whales were at the start of their migration.

Dr Vendl said researchers wanted to determine if there was a significant difference between the microbial communities of the whales at the start of and later on in their migration.

“I used two methods to collect the whales’ blow while working from a boat. For one method, I flew a waterproof drone over the whales which carried a petri dish,” she said.

“It was pure luck waiting for the whales to exhale at the same time the drone was within range for droplets from their blow to settle on the petri dish.

“My second technique was a 4.6-metre long telescopic pole with petri dishes attached to the end. In Hervey Bay, the whales are curious and approach boats.

“So, I held the pole out and waited until the whales exhaled and then collected their samples that way.”

The study found the whales’ respiratory microbiota was severely depleted in diversity and richness the longer they fasted during their migration.

Dr Vendl said such changes often reflected a compromised state of health in the airways of humans.

“We concluded the physical strains of the migration, likely in addition to the exposure to marine pollutants, compromise the whales’ immune systems and consequently cause a shift in the whales’ airway microbiota.

“Our findings are the first to provide good evidence of a connection between the whales’ airway bacterial communities, their physiology and immune function – something that has been established in humans.”

Dr Vendl said a high level of bacterial variety and richness in respiratory microbiota was a sign of healthy airways in humans.

“I researched literature in human medicine: when you have a respiratory disease in a person, it also means the bacterial communities in their airways have changed and are usually depleted,” she said.

“We had no idea if we would find a similar pattern in whales, but we at least showed the initial evidence for that occurring.” 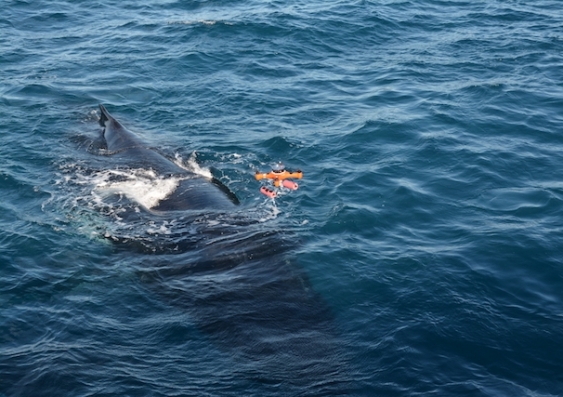 Dr Vendl said she hoped her research would lead to further study in non-invasive techniques to monitor whale health in populations around the world.

“Our findings showed the first evidence of a link between whales’ respiratory microbiota and their overall health, but more research needs to be done,” she said.

“Analysing whale blow to assess and monitor whale health opens up more possibilities for the use of non-invasive techniques, such as photogrammetry – where you fly a drone to film and measure whales to determine how much blubber they have and things like that.

“Other methods were outside the scope of my PhD, but it’s important for researchers to experiment with and refine new techniques to assess their effectiveness in helping whale conservation.”