Opinion What can men do to stem the exodus of women from science?

It's simple: Don't participate in or tolerate harassment, call out bad behaviour when you see it and create a safe and respectful environment for all colleagues and students. It's about being a decent human being, writes Darren Saunders. 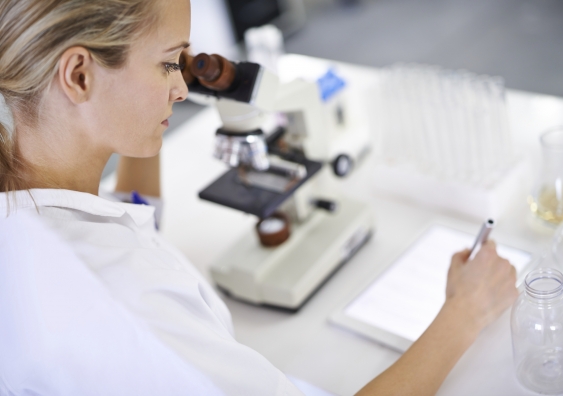 UNSW ranked first in Sydney and third in NSW in the 2018 Nature Index. Photo: iStock.

OPINION:  As a bloke who has worked in medical research for 16 years, I've seen firsthand how the world of science, technology, engineering and math (STEM) can be a hostile place for women, and I've had enough.

It's time for men in science to stop mouthing platitudes and use their positions of power and privilege to lead a change and stem the exodus of women from STEM fields.

A combination of factors – ranging from deep structural problems and subtle bias, to blatant discrimination and outright harassment – creates a toxic environment that pushes many women out.

Men have dominated the evolution of contemporary scientific culture, now we need to own the problem of gender inequity. The onus is on us to be part of the solution.

The UN International Day of Women and Girls in Science is much more than an opportunity to celebrate the achievement of women in science.

It serves as a necessary focal point to remind us how far we have to go in getting the public and private sector to pull their socks up and do more to increase women's participation.

Loss of women from research a 'huge waste'

The facts speak for themselves: more than half of science PhD graduates in Australia are women, but they comprise just 17% of senior positions in Australian universities and research institutes.

Although many continue to work in science more broadly, the loss of so many skilled, creative women from research is a huge waste.

Apart from the lost economic return on substantial taxpayer and personal investment in training, how many discoveries have we forgone with the loss of these minds from the system?

I'm sick of seeing my mates get lower pay, less opportunities, and be discriminated against. Just because they don't have a penis.

If you sit on a grant review panel that is loaded with blokes, contact the funding body and tell them you won't be participating next time unless the gender balance is addressed.

I care because I'm angry and sad at seeing female colleagues, students and friends struggle in the face of an unfair system.

My colleague Justin sums it up perfectly: "I'm sick of seeing my mates get lower pay, less opportunities, and be discriminated against. Just because they don't have a penis."

But stemming the flow of women out of STEM fields is about more than gender equality for its own sake.

Biology shows us that diversity in systems creates strength and resilience. While monocultures might be productive and effective in the short term, they are doomed to fail in the face of rapid change or new challenges.

STEM underpins our health and prosperity; it is a crucial part of our ability to adapt to future challenges.

We need the best minds to address these challenges, not just the best male minds.

But as Stanford University's Londa Schiebinger has argued, science is set to a male default. By excluding the diversity in approach and experience that come with gender equity, science is halving the potential field of innovation.

Gender equity will also bring broader emotional intelligence in leadership, and creativity in setting research priorities and decision-making. There is already compelling evidence that businesses with more women leaders are more profitable.

Why are STEM fields so hostile towards women?

Of course, bias, sexism and sexual harassment aren't confined to STEM. Science is a microcosm of broader society, performed by humans with our various personalities and flawed human behaviours. So why, then, does STEM present such a uniquely hostile environment to women?

There are deeply embedded structural factors – including difficulty returning to work after parental leave, short-term funding cycles and job insecurity. Research is hypercompetitive, with long hours and incredible pressure to discover and publish.

Removing these broad structural barriers is clearly something for funding agencies and employers to tackle, though there are some innovative approaches underway, including the Science in Australia Gender Equity (SAGE) pilot, an adaptation of the successful Athena Swan Charter evaluation and accreditation framework from the UK.

Thirty-two institutions will adopt the 10 key principles of the charter and frame their own individual policies to support the progression and professional development of women in science. Demonstrated improvements will be recognised with awards.

There are also more insidious factors at play, such as blatant gender discrimination and subtler unconscious biases.

This issue was perfectly illustrated by Twitter user @Daurmith, who recently wrote a series of male scientists' biographies as if they were women.

The emphasis – as it often is for successful women - was on their appearance or love lives, not their intellect and achievements.

For example, neurologist Oliver Sacks "had the body of an athlete and the face of a movie star. But ... chose science over glamour", while Pierre Curie was a "married and proud father of two, [who] found time for love and family during his short scientific career".

Indeed, being a scientist is not a particularly family friendly profession. Long hours, and frequent travel have a disproportional impact on women, who are still the primary carers in most families.

Providing kid-friendly workspaces, and subsidised travel for someone to accompany women to conferences, are some of the ways more progressive institutes like the Walter and Eliza Hall Institute of Medical Research are trying to tackle this problem.

There is also a widespread problem of sexual harassment in STEM, the biggest underlying factor of which is the huge power imbalance between established (mostly male) professors and impressionable young scientists.

In this hierarchy, bad behaviour by otherwise brilliant high-flyers with an inflated sense of entitlement is often excused, dismissed, or buried.

So what can men do to help?

It should be simple: Don't participate in or tolerate harassment of any kind. Call out bad behaviour when you see it and create a safe and respectful environment for all colleagues and students. This is about being a decent human being.

This kind of action doesn't require a lot of effort, and can be as simple as ensuring the conference you organise has a balance of men and women speakers.

In a similar vein, make meeting times flexible and be mindful of people's family commitments.

If you sit on a grant review panel that is loaded with blokes, contact the funding body and tell them you won't be participating next time unless the gender balance is addressed.

And sometimes the best thing is simply to sit down, stop talking and let our female colleagues be heard.

We also need to realise that supporting gender equity in STEM is not just another mechanism for blokes to gain credit - you don't get to tick a box on your CV for being a decent human being.

Fellas, we need to recognise and challenge the inherent privilege that comes with being a male scientist. We must support our female colleagues with positive action without being patronising.

If that's too hard, at least get out of the way of those pushing for change.

Of course, changing this toxic culture will take time. As the German physicist Max Planck famously quipped: "Science progresses one funeral at a time."

This clearly applies equally to the dogma of scientific theory as much as scientific culture.

Thankfully, there is a growing awareness and a real desire for change among male scientists, including some in positions of power.

People like our new Australian of the Year Lieutenant-General David Morrison, and Brian Schmidt - Nobel laureate and vice-chancellor of ANU.

Schmidt not only uses his profile to raise awareness, he donated a share of his $3 million Breakthrough Prize towards establishing the SAGE pilot.

These men lead by example. They wield huge privilege and power. But they recognise that privilege, question its validity, and use it as a powerful force for change.

This opinion piece was first published by ABC News.