In the lead up to the NSW state election, UNSW’s Professor Richard Kingsford outlines what needs to be done to protect the Murray-Darling rivers and the communities that rely on them. 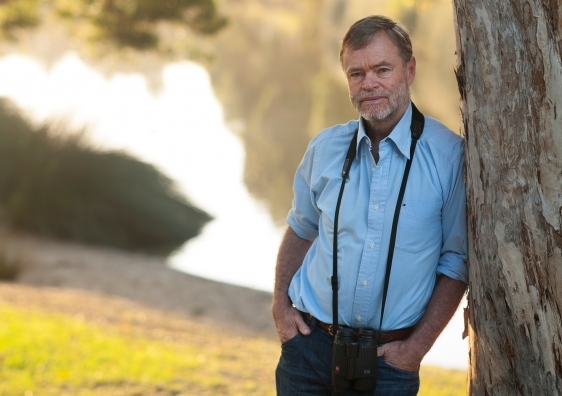 Rivers running dry, algal blooms, more fish kills and towns running out of water will all continue to plague the next NSW government if it persists with the same, inadequate policies on water management.

That is the warning from UNSW Sydney’s Professor Richard Kingsford who is an expert in conservation biology, wetland and river management with the School of Biological, Earth and Environmental Sciences.

In just over two weeks, voters will head to the polls with the disturbing images of the Darling River fish kills still fresh in their minds which Professor Kingsford says “have got people cranky”.

“Sadly, the state government’s reaction to the anger from the community over the fish kills has been to just blame the drought’,” says Professor Kingsford, who is also Director of the Centre for Ecosystem Science.

“But this is not happening on other rivers that are affected by drought. It’s a crisis primarily on the developed rivers of the Murray-Darling.”

He says to win the next election, the major political parties will need to articulate a clear policy on water that is not beholden to big industry influences and restores the balance back into the river system for the people. What would such policy look like?

Knowing how much water is in the river and how much is being diverted for irrigation is not currently possible because of poor monitoring, metering and reporting.

“The Murray Darling Basin Authority said that New South Wales is only monitoring 25 to 50% of the water taken out of the Darling river catchment,” Professor Kingsford says. “You can’t manage a resource responsibly if you are not measuring or regulating its use. The NSW Government is improving measurement and regulation of floodplain harvesting but it should happen much more quickly.”

Professor Kingsford calls for what he calls ‘metering of second lift pumps’: pumps on storages which would measure how much water gets pumped from channels and floodplains. Monitoring of flood flows and storages could also be improved by using satellite and drone imagery.

But for this to work properly, Professor Kingsford says, transparent reporting is needed.

“Governments have poorly reported how much water is diverted from our rivers. Annual reporting at the river scale should be mandatory. We should not be reporting just modelled data, as is now done, but also actual data. There is metering of diversions on many rivers and the public should know the amounts of water taken. This reporting can happen at the scale of water resource plans, such as the Gwydir or Macquarie, respecting individual farmer’s privacy.”

The second key area to get right is protecting environmental flows to ensure the quantity and quality of water sustains a river ecosystem.

Professor Kingsford says when one river flows into another system, such as the Macquarie River flowing into the Darling River, there are no mechanisms to protect that environmental water down the entire system.

“Environmental water needs to be protected for the river and not diverted to grow irrigated crops which can happen,” Professor Kingsford says.

In May-June 2018, the NSW Government successfully protected an environmental flow of 40,000 ML from tributary catchments of the Darling River to Wilcannia but this required an ‘ad hoc’ approach.

Professor Kingsford recommends pumping embargos be instituted to protect Environmental flows moving between water resource plan areas of the Murray-Darling Basin, protecting it through the system. He also recommends limits on pumping of low flows, particularly in the Barwon-Darling River.

Bring back the Cap

Restoring the Murray-Darling Cap levels of 1993 and 1994 and avoiding the ongoing legacy of water resource development is the third significant area Professor Kingsford says is essential for effective water policy.

Professor Kingsford says commitment to the Cap failed to check developments in the northern Murray-Darling Basin, further exacerbated by the NSW Government adopting a new benchmark. Eligible floodplain earthworks for licensing are now assessed against a cut-off point of the year 2008 if applications were made after 2000 under the NSW policy to regulate floodplain harvesting.

“This effectively ‘grandfathers’ significant additional development after the Murray-Darling Basin Cap in NSW, taking more water from the river than was agreed. The significant fish kills on the Darling River at Menindee were a symptom of this overdevelopment.

“So we need to respect agreements –made to balance agriculture production and river health. This simply respects a decision previously made. It could be implemented with our current technical tools, identifying where structures were in 1993 and 1994.” 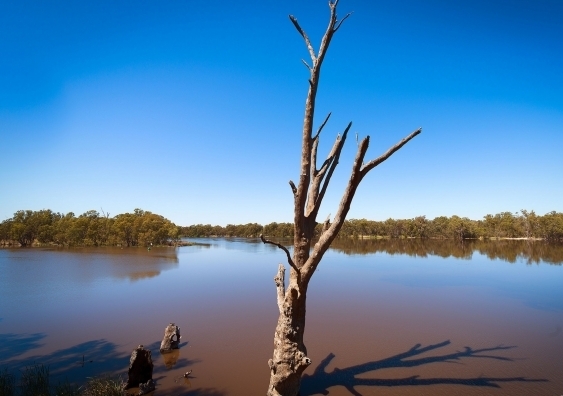 The final call that needs to be made, according to Professor Kingsford, is having transparent economic analysis of water management run over decades rather than limited to a term of government.

“We need to extend these analyses so we can identify what the externalities are in terms of long-term costs to taxpayers,” Professor Kingsford says.

“Very recently, taxpayers paid $467 million for the pipeline to Broken Hill from the River Murray, which, if there was enough water going down the Darling, we wouldn't have had to do.”

“We have also put in 13 billion dollars to return the health of the rivers of the Murray-Darling. Such taxpayer investments are only occurring because we have taken too much water out of the rivers, primarily for irrigation development.”

Professor Kingsford adds that there are many costs which are never put into economic equations but should be.

“The costs of towns running out of water; the cost to tourism; poor fishing; loss of grazing; carting of water to homesteads, the massive ‘clean up’ for the fish kill; the aeration of the Darling River pools and the ‘saving’ of some Murray cod by NSW Fisheries officers,” he says.

Time to stop draining the system