Opinion What we're looking for in Australia's new space agency 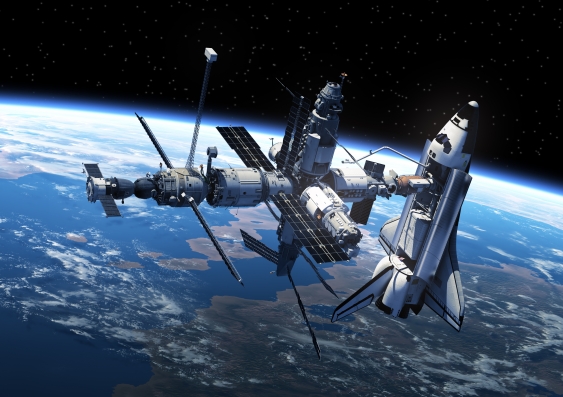 OPINION It has been a long time coming, but Australia is finally going to have a space agency. This will enable Australian space industries to benefit from agency-to-agency agreements and collaborations, and facilitate our participation in the growing global space market.

The Federal Government appointed an expert review panel to map out how the agency should operate. As we wait for its report – the final strategy was scheduled to be submitted in March 2018 – two space experts offer their perspectives on what we might expect.

What will an Australian space agency need in terms of people, resources and infrastructure?

It seems clear there is a real appetite on both sides of politics for an agency for our times, that embraces the excitement being generated by “Space 2.0” – that is, commercial entities, low-cost access to space and avoiding some of the baggage of the older legacy agencies.

It’s likely the focus will be on growing the Australian space industry, with less emphasis on space exploration, human space flight and space science. However, for the agency to have any impact or credibility, the people, resources and infrastructure must be provided at an adequate level.

I have in the past pointed to the UK agency as a good model – it basically cost “nothing” initially and significant funding followed when it succeeded. Now, I don’t think we can afford to replicate this in Australia. The agency needs to be properly funded from the beginning. Penny-pinching will kill it.

We’ve been here before and seen how a lack of resourcing plays out. The 1980s Australian Space Board was managed by a small office within the Department of Industry, Technology and Commerce, but it fizzled out after 10 years and we were back to square one. There’s a strong feeling in the Australian space community that a substantial investment in a stand-alone agency is the only way to avoid another death by bureaucracy.

In terms of personnel, we’ll need leadership with credibility and experience in the global space arena, people familiar with how existing space activities across government departments work, and probably there’ll be a role for some kind of advisory or expert panels.

The structure will also be important. NASA, for example, runs 11 research centres, and the European Space Agency has nine centres or facilities, including the Kourou launch site in French Guiana. They support human spaceflight programs as well as deep space exploration. Both organisations use private contractors, and large chunks of the private space sector rely on them as clients. This is not a model that Australia can sustain.

I think it’s critical that the new agency also takes Indigenous interests on board. Indigenous people can’t be left out of conversations about the future of Australian space technologies.

How strongly should the space agency be linked with Defence programs?

Recently the Australian Strategic Policy Institute argued that we must develop a solid space industry for our own strategic and Defence needs. However, strong industries such as that in the US have a dominant civilian space sector.

So I would argue that to avoid this strategic weakness, it is more important to reinforce the independence of the civilian agency from Defence. It is the job of the agency to ensure this independence. Being overly close to Defence is likely to hamper the current civilian commercial drive so effectively being driven by the start-up community. Having a thriving civilian space sector can only benefit Defence, anyway.

I agree with Andrew that forging a new civil and commercial space identity is essential.

Because the Woomera rocket launch site, one of our most significant space assets, is located in South Australia, as well as the Defence Science and Technology Group – which grew out of the Cold War weapons program – South Australia has traditionally been the focus of Defence-related space activities.

At this stage we can be hopeful that a properly funded space agency will allow equal participation across all states.

Where should Australia’s space agency be located?

There’s interest in where the agency will be located because there will be jobs associated with it. I’ve had so many enquiries from acquaintances – and strangers – asking about this.

People probably are thinking it will be something like NASA, with a whole industrial complex. We’re not anything like that scale. Having said that, a Canberra-based headquarters supported by state-based centres makes a lot of sense.

I’ve written a lot about Australia’s space agency, and recently I outlined an example of why a federal approach is essential: using space assets to monitor the Murray Darling Basin to avoid water theft.

In terms of location, I agree there will need to be an administrative presence in Canberra, to interact with the Federal Government. Other satellite sites should reflect where the action is.

If there are to be satellite offices, they need to be close to where the industry is currently active, and where it is developing. This may require some sort of representation in each state.

Senator Kim Carr’s recent announcement of Labor’s policy of several hubs and centres lends itself very well to distributed activity around the country. Bipartisanship on that issue would be very helpful.

I live in South Australia, so am naturally well acquainted with this state’s space achievements. A number of exciting new start-ups such as Fleet, Neumann Space and Myriota are based in Adelaide.

The three universities in South Australia have strengths in satellite telecommunications, space law and space heritage. At the international level, South Australia has been developing relationships with the French national space agency (CNES), as well as French aerospace industries.

I am from NSW so I have a particular interest in the NSW Department of Industry submission to the expert review panel. It suggested “the future Australian space agency should be based in NSW” and goes on to list 17 reasons why NSW dominates in space, such as having the largest space workforce, revenue, research effort, number of start-ups, venture capital and law presence.

The only centre funded by the Australian Research Council on space is in NSW, and two of the four satellites built and launched last year involved my university.

However, I don’t believe there is any benefit to highlighting one state over another. I’m with Raytheon Australia, whose official position is that state rivalry for Defence work is getting “hysterical” and we should be avoiding that with space work.

Really exciting things are happening in space all over Australia. Australia’s launch company Gilmour Space Technologies operates out of Queensland. A lot of space start-ups are being nurtured by Moonshot X in Victoria. Western Australia boasts the Desert Fireball Network and the only Australian picosat (small satellite) developer, Picosat Systems. The ACT hosts the large testing facility, the Advanced Instrumentation and Technology Centre.

Back in 1958, the beginning of the Space Age, Australia was one of the founding members of the United Nations Committee on the Peaceful Uses of Outer Space. We’ve been kind of missing in action ever since.

The new space agency will allow us to have a credible voice on issues that may impact Australia – such as revisions to the international space treaties. It’s going to be exciting times ahead.

Andrew Dempster is the Director of the Australian Centre for Space Engineering Research and Professor, School of Electrical Engineering and Telecommunications at UNSW, and Alice Gorman is Senior Lecturer in archaeology and space studies at Flinders University.

UNSW Sydney engineers want to mine water on the moon