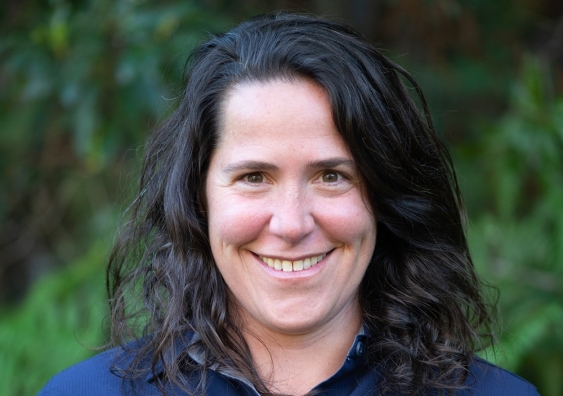 A barnacle obsession which started in Brazil turned into a seawall triumph in Sydney for Dr Mariana Mayer Pinto. Photo: Supplied.

Mariana Mayer Pinto spent a lot of time as a child in the water in her ‘backyard’ – Rio De Janeiro’s beaches.

And from a young age she enjoyed watching ocean explorer and conservationist Jacques Cousteau on Sunday nights with her father, a chemistry professor.

So it was no surprise that she eventually became a marine biologist.

But an intensive week-long course at a university during her high school years where she learned about muscle movement also sparked her interest in biology.

“I chose marine biology because it was something that I always loved, but right before I had to decide, I did consider studying cinema, history and social work.”

Her honours was on the effect of pollution on “everything in the marine environment that settles on rocks, or fouling communities, such as algae and invertebrates”.

“Barnacles were a big part of the community and I always loved them, I found them beautiful ... I like invertebrates,” she says.

She then decided on a research path and did her Master's in Zoology focusing on the effect of invasive species of barnacles on the marine environment at the National Museum of Rio.

“Barnacles are such weird animals, they have all of these patterns on their shells and there’s a whole tiny animal in that shell.

“Fun fact: they have the biggest penis in proportion to their body size in the animal world.” 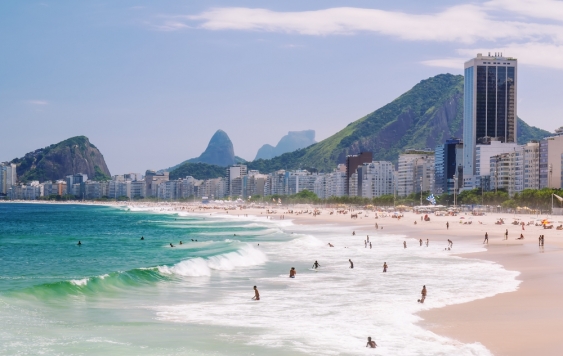 But the spontaneous street parties, amiable weather and vibrant Brazilian music scene weren’t enough to keep her in Rio.

“For us Brazilians, we say that Australia is the Brazil that got it right,” she says. “My dream was to come to Australia and see the Great Barrier Reef and all the amazing marine life here.”

She was particularly inspired to work with (Emeritus Professor at the University of Sydney) Tony Underwood after reading his research papers on rocky intertidal communities and barnacles.

“During my honours I said ‘I’m going to go to Australia and work with this guy’ and I was told ‘OK, good luck’.”

She later enrolled in a course he taught in Brazil.

“That’s when I started asking him to be his PhD student,” she says.

Prof. Underwood, who revolutionised the way marine ecologists were doing science by the way they were doing experiments, was nearing retirement and Dr Mayer Pinto was his last official student.

“I remember when I got accepted and I got a scholarship, my whole lab started jumping and we started celebrating and it was quite an emotional thing,” Dr Mayer Pinto says.

“It was my first time away from home,” she says. “Prof. Underwood understood Brazilians and knew how close we were, so he took care of me.”

She eventually moved into a share house with a group of other international students who became lifelong friends.

Her PhD at the ARC Special Research Centre on Ecological Impacts of Coastal Cities focused on human impacts, such as contaminants, on the marine environment.

An Argentinian PhD student studying in the same lab as her became her partner.

After her PhD, they spent some time travelling before returning to Australia where her partner took up a job at UNSW, while Dr Mayer Pinto became an environmental consultant to the biggest environmental project in Australia at the time, the Gorgon Project on Barrow Island off WA.

But the tyranny of the long-distance relationship saw her return to Sydney.

She ended up teaching at UNSW where she struck up a working relationship with the Dean of Science, Prof. Emma Johnston, eventually becoming a post doctorate researcher for her.

Now, Dr Mayer Pinto is a Scientia Fellow in the School of Biological, Earth and Environmental Science at UNSW.

Her work is now focused on solutions to human impacts – such as urbanisation – on the marine environment.

“I got a bit depressed only documenting the human impacts,” she says.

“That is a big problem because we know that these structures not only cause loss of habitat but often support lower diversity of organisms that live on them compared to natural rocky shores,” she says. 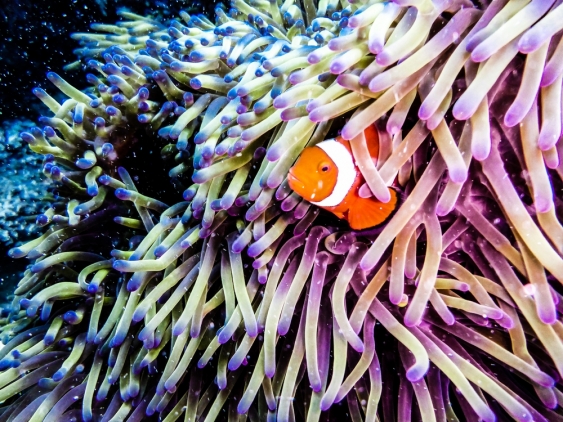 Dr Mayer Pinto's dream was to see "all the amazing marine life" on the Great Barrier Reef. Image: Shutterstock.

“They also influence the movement of water, particles and the organisms themselves, so they can have large scale impacts.”

Mitigating the impact of artificial structures such as piers and marinas on the marine environment is key to Dr Mayer Pinto's work.

“For example, more than 50 per cent of the Sydney Harbour shoreline is modified by seawalls,” she says.

“And in highly urbanised areas, such as Sydney Harbour, there is no space or favourable conditions to restore natural habitats such as mangroves, or seagrass beds.

“The built structures are quite flat, compared to rocky shores, for example, which are full of rock pools, crevices and ledges, places for all the organisms to hide and grow.”

She is the co-lead, alongside two Macquarie University colleagues, of the Living Seawalls project, based at the Sydney Institute of Marine Sciences.

The project has developed panels that can be retrofitted into existing seawalls, which mimic the habitat features of natural shoreline ecosystems, such as rock pools.

They are designed to not only reduce the environmental impacts of the current ‘urban sprawl’, but also benefit marine life.

Diversity wise, the project has been a success.

“We have seen more fish, such as gobies and blennys on the living seawalls than on unmodified seawalls,” she says.

“We are also seeing many invertebrates and seaweeds on the panels, like limpets, periwinkles, oysters, barnacles … we even saw kelps recruiting on some of the panels.

“In sites where the living seawalls have been installed for more than a year, there are currently more than 80 species colonising them.”

The panels have since been installed on nine Sydney sites, including Balmain, Rushcutters Bay and Manly, as well as sites in Adelaide, Townsville, Singapore, Gibraltar and Wales.

Horned blennys have been spotted on
the living seawalls. Image: Shutterstock.

There is also an outreach program for school children to learn about the importance of the marine environment and the problems associated with marine construction such as seawalls.

Her team is now looking to make the seawalls multifunctional, so that they not only increase biodiversity, but also support multiple ecological functions.

“So, for example, how can we increase water filtration to improve local water quality?” she says.

“If we get more mussels and oysters – the powerhouses of filtration – on these panels, hopefully, if it’s done on the right scale, we can see improvement in the water quality.”

Another project she is involved in is an Australia-wide network of scientists and managers who are working together to mitigate the ecological impacts of artificial light at night on marine life.

“For example, fish behaviour changes in artificial light,” she says.

“Nemo (clown fish) don’t reproduce if exposed to artificial light at night, and when turtles hatch in areas with light pollution, rather than follow the moon back into the sea, they go back on land and follow the artificial light. So, there are a lot of consequences.”

Outside of work, Dr Mayer Pinto loves to read fiction crime books, travelling, going to concerts, visiting museums and art galleries, and having picnics and barbecues at the beach.

“I love the arts and I love music, especially Brazilian music, but I also love the Beatles, music from the sixties, seventies, the Rolling Stones.”

She is passionate about the sea.

“I grew up by the beach, I want my kids to have that experience, too.

“But we are having a lot of challenges with climate change. If I can be part of the solution, even if a small part, this will also make a better future for my children.”

She says there’s a misconception that you need to be super smart to be a scientist.

“Anyone can do it, you just need to work hard … and you really need to enjoy it, otherwise it’s not worth it,” she says.

“When I got to university, I failed calculus, I hated mathematics, but I still have to do it because statistics is a big part of what I do, and you just learn to do it. But I failed the first time I did it.

“I was a terrible student in physics, as well … so you definitely don’t have to be super book smart. You just need to want to do it and be curious and enjoy it.”

She describes scientists as “everyday people”.

“They are black, brown, white, yellow – as it should be. All religions, beliefs,” she says.

“Scientists look like anyone you want to look like. If anything, scientists are curious people, because they are always asking questions, but that’s a great thing.”

She says there are many reasons science is so important.

“Most of the things we take for granted in our daily lives, such as mobile phones, television, internet are only possible because of science and scientists,” she says.

“In these COVID times, the importance of science is as clear as ever.

“Without science, we wouldn’t even know why people are dying or getting sick and we definitely wouldn’t have vaccines.”

She says science is about discovery, “it’s asking questions and moving forward”.

“There are no absolute truths: something is true only until you prove it’s not, that’s what I love about science.

“I can’t think of a world without science.”