Opinion When the heat is on, we need city-wide plans to keep cool

Individuals can do a number of things to reduce the impact of heat in their homes but it gets more complicated when considering the city as a whole, write Mathew Lipson and Melissa Hart. 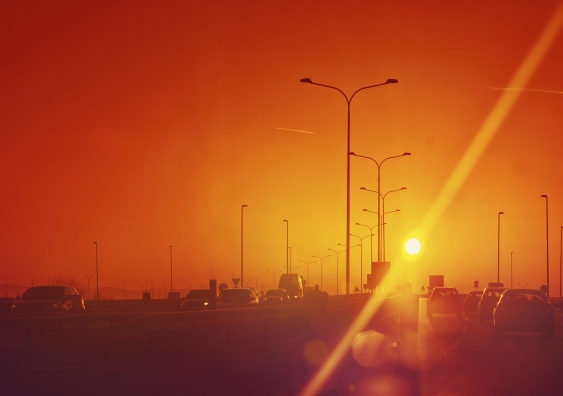 OPINION: The recent spate of heatwaves through eastern Australia has reminded us we’re in an Australian summer. On top of another record hot year globally, and as heatwaves become more frequent and intense, our cities are making us even hotter.

This is the urban heat island, where city temperatures can be significantly warmer than the surrounding rural regions.

The question, then, is what we can do to keep our cities cooler.

Why are cities hotter?

The temperature difference is caused by a range of factors, including dense building materials absorbing more of the sun’s energy, fewer trees to provide shade, and less soil to cool by evaporation.

Buildings can also act like the hairs on a husky, reducing wind speeds and blocking thermal radiation up to the night sky. On top of that, waste heat from car engines, air-conditioners and other energy use adds to overall air temperatures.

Why does this matter? Even a small increase in air temperature pushes up overall energy demand, and about 25% of our energy bills are for only 40 hours per year when the grid is most heavily used.

The most extreme heat events can buckle train lines, cause rolling blackouts and cost billions in lost productivity. And it’s not just bad for our wallets.

There are a number of things individuals can do to reduce the impact of heat in their homes, such as installing light-coloured roofing material, insulation or an air-conditioner.

But it gets more complicated when considering the city as a whole, and how these small actions interact with each other and with the climate.

In heatwaves, air-conditioners save lives, allowing stressed bodies time to cool. But our homes can only be made cooler by blowing heat outside, along with the extra energy to run the system.

As well as increasing outside air temperatures in the short term, the fossil fuels burned add to global warming. A world cooled by air-conditioning probably isn’t the answer.

Most city planners agree on the broad benefits of urban vegetation, with some metropolitan councils developing urban greening strategies.

However, urban trees can be a vexed issue for some councils; they use water, can be costly to maintain, can damage utilities and property, and can worsen air quality instead of improving it. Larger cities are often made up of dozens of councils; getting them to agree is a major challenge.

We know that black surfaces get hotter in the sun, but demand for dark roof tiles still far outweighs demand for light colours. More reflective roofs can reduce a household’s energy bill, as well as the overall temperature of a city.

White roofs are most effective in warmer climates, because in cold climates, the cost savings in summer must be balanced with additional heating costs in winter.

Green roofs and walls are building structures with integrated vegetation. They provide cooling benefits by shading buildings and through evaporation from leaves. They generally show less cooling benefit than white roofs, cost more to install and maintain, and use additional water and energy.

But they do look nice, improve biodiversity and make people happier.

Prior to an extreme heatwave, it may be possible to reduce temperatures by wetting down building and road surfaces. It’s a traditional practice in Japan, and is now being considered in major cities like Paris.

But temperature and humidity are important factors in heat stress, so pavement watering should only be undertaken if the extra humidity does not increase heat stress.

Solar panels convert energy from the sun into electricity, so less energy is required from the network overall. If enough roofs were covered with solar panels, could that lower air temperatures?

Probably a little. Other benefits include a reduction in the energy required for cooling (because the roofs are shaded by panels), and a stable, lower cost, decentralised renewable energy system.

A building with lots of thermal mass (think sturdy, double-brick home) can be an effective way to keep inside temperatures more stable. Heat is absorbed during the day and released at night. The same idea can work for an entire city.

Installing light shading structures over streets, pavements and roofs can reduce the surface temperature of materials, and reduce the heat absorbed and radiated back into streets. Shading structures need to be designed so that they do not limit airflow, trapping heat and air pollution in streets.

To figure out what works best, we need to be able to model the physics of different strategies, in different types of cities and in different climates. We can then assess the economic and health impacts and decide on appropriate and plans that give us the biggest bang for our buck.

Here we have focused on heat in cities, but there are other important concerns like air quality or flooding.

In colder cities, an urban heat island could actually be a good thing. Each city is different; each requires a tailored and integrated plan developed over the entire metropolitan region, and then implemented locally by councils, businesses and households.