Opinion Who will be the winner in the next computing revolution?

Tech companies are racing to create a new way of interacting with computers but the new world will have implications for privacy, diversity and democracy, writes Toby Walsh. 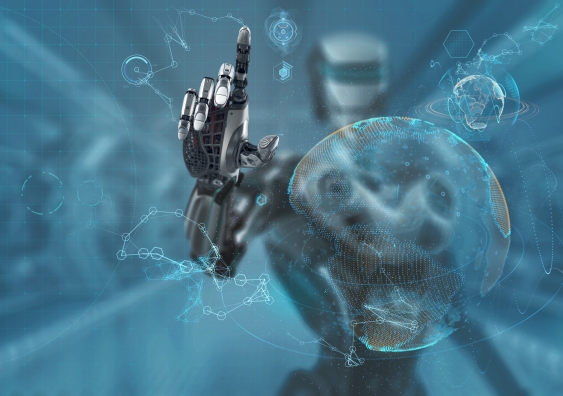 OPINION: A computer’s operating system, the layer of software between you and the hardware, has changed remarkably over the past few decades. At the beginning a user had to interact with levers and switches, then came screens and DOS, the Apple’s Macintosh and Microsoft’s Windows, and, finally, the internet.

These slowly wormed their way into our lives and changed the way we do almost everything. But the OS of the future is going to be something different entirely. The next step is artificial intelligence, and there’s a land rush going on. Just think of how profitable Microsoft’s control of the previous epoch was.

In the 70s, many of us cut our teeth with command line systems like MS-DOS, CP/M and Unix. Just imagine the black screens with green type. You could type almost meaningful commands like “cp” to copy a file. This was pretty geeky, but a little less than physical switches.

In the 80s, computing moved over to graphical interfaces like Mac OS and Windows where you could simply point and click. Want to delete a file? Simply drag it into the bin. What could be simpler? Computing was no longer just for geeks. Almost anyone could do it.

In the 90s, computing became more connected. The internet took off and the browser became king. Indeed, Google has made a whole Operating System out of this, Chrome OS.

And more recently, computing became mobile and moved onto apps on our smartphones. Some of these apps and services started branching out, creating their own little worlds to bring together developers and users. There is probably no better example than the Chinese app WeChat, which has thousands of applications, from social networking through buying airline tickets.

You might not realise it but the next revolution in Operating Systems is now underway. And the technology giants like Microsoft, Apple and Google are racing to be the winner.

Late last year Google announced a series of hardware products. There was Google Home speaker, Pixel smartphone and the virtual reality headset Daydream View. But Google isn’t going to make billions out of hardware like this. Software is a much better business to be in. It scales so much more easily.

No, Google is producing this hardware just as a means of getting its AI-based Google Assistant into our homes and our pockets. Assistant is baked into all of these products, and through it, Google wants to be at the centre of our lives, however we connect.

Conversational assistants like Assistant and Apple’s Siri and Amazon’s Alexa are the Operating System of the future. No more typing. No more pointing. The power of Artificial Intelligence will be harnessed to serve our needs.

“Get me on the next flight to Canberra, Google”.

“Who’s the President of Switzerland, Siri?”

“Play me that jazz saxophonist that I like, Alexa.”

We’ll sit in our cars and simply announce “start the ignition”. We’ll get into a lift and command “top floor, please”. We’ll walk into the bathroom and say “run me a bath”.

Screens will disappear. In their place will be conversations. Conversations that will follow us from room to room, to car, to office and to bed.

The knock-on effects of all this will be huge. The loss of screens will mean digital advertising must be rethought. The rise of conversation will impact search and online networking. Whoever wins the race to define this new operating system will take the lead in all of this.

This is an exciting future. There are plenty of opportunities for the bold. To build a watch that doubles as your personal assistant. Sunglasses that tell you when you’ve had too much sun. A weighing scale that offers advice about your diet.

The likely winners are companies like Google, Microsoft, Facebook or Amazon because they are the first movers, and the theory of network effects means their products will likely rapidly improve.

The likely losers are privacy, diversity and democracy. The NSA can’t wait for every room to be listening. Marketers can’t wait to see all this data on our everyday lives.

This opinion piece was first published on The Conversation. Read the original article.