Opinion Why are some people more gullible than others?

Sharing social knowledge is the foundation of our evolutionary success but in an age of unlimited information it's difficult to decide what to believe, writes Joseph Forgas. 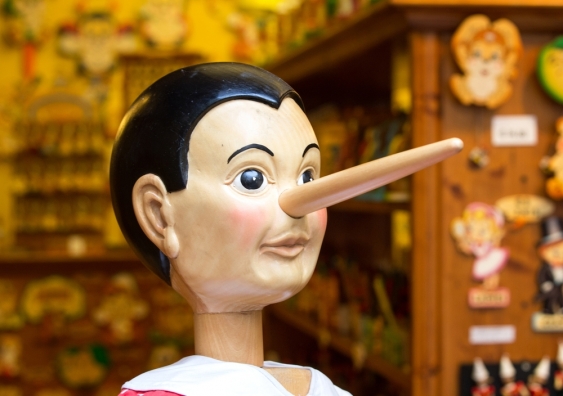 OPINION: Homo sapiens is probably an intrinsically gullible species. We owe our evolutionary success to culture, our unique ability to receive, trust and act on stories we get from others, and so accumulate a shared view about the world. In a way, trusting others is second nature.

But not everything we hear from others is useful or even true. There are countless ways people have been misled, fooled and hoaxed, sometimes for fun, but more often, for profit or for political gain.

Although sharing social knowledge is the foundation of our evolutionary success, in this age of unlimited and unfiltered information, it is becoming a major challenge to decide what to believe, and what to reject.

April Fool’s Day is a good time to reflect on the psychology of gullibility and our willingness to believe even absurd stories.

Gullibility is a tendency to be easily manipulated into believing something is true when it isn’t. Credulity is closely related, a willingness to believe unlikely propositions with no evidence behind them.

April Fool’s tricks often work because they exploit our baseline inclination to accept direct communications from others as reliable and trustworthy. When a colleague tells you the boss wants to see you immediately, the first, automatic reaction is to believe them.

Once we realise this is April 1, a more critical mindset will increase our threshold of acceptance and triggers more thorough processing. Rejection is then likely unless there is strong corroborating evidence.

Do we want to be gullible?

So, it seems that gullibility and credulity have to do with how we think, and the level of proof we need before accepting information as valid.

In most face-to-face situations, the threshold of acceptance is fairly low, as humans operate with a “positivity bias” and assume most people act in an honest and genuine way.

Of course, this is not always so; others often want to manipulate us for their own purposes. For instance, we often prefer bare-faced flattery to truth, even when we know the communicator’s ulterior motives. When the information is personally rewarding, we actually want to be gullible.

We are also subject to a marked “confirmation bias”. This is when we tend to prefer dubious information that supports our pre-existing attitudes, and are more inclined to reject valid information that challenges our beliefs.

A similar bias exists when passing on doubtful information to others. We tend to reshape rumour and gossip in ways that support our pre-existing stereotypes and expectations. Inconsistent details – even if true – are often changed or even omitted.

Gullibility and credulity have become important issues as a deluge of raw, unverified information is readily available online.

Consider of how fake news during the US presidential election influenced voters.

Stories that generate fear and promote a narrative of corrupt politicians and media can be particularly effective. In Europe, Russian websites “reported” numerous false stories designed to undermine the EU and to bolster support for extreme right-wing parties.

Credulity and gullibility are also of great commercial importance when it comes to marketing and advertising. For example, much brand name advertising subtly appeals to our need for social status and identity. Yet, we obviously cannot acquire real status or identity just by buying an advertised product.

Gullibility occurs because we have evolved to deal with information using two fundamentally different systems, according to Nobel Prize winning psychologist Daniel Kahneman.

System 1 thinking is fast, automatic, intuitive, uncritical and promotes accepting anecdotal and personal information as true. This was a useful and adaptive processing strategy in our ancestral environment of small, face-to-face groups, where trust was based on life-long relationships. However, this kind of thinking can be dangerous in the anonymous online world.

System 2 thinking is a much more recent human achievement; it is slow, analytical, rational and effortful, and leads to the thorough evaluation of incoming information.

While all humans use both intuitive and analytic thinking, system 2 thinking is the method of science, and is the best available antidote to gullibility. So, education tends to reduce gullibility and those who receive scientific training in critical, sceptical thinking also tend to be less gullible and less easily manipulated.

Differences in trust can also influence gullibility. This may be related to early childhood experiences, with the idea that trust in infancy sets the stage for a lifelong expectation the world will be a good and pleasant place to live.

Does our mood make a difference?

In several experiments we found that people in a negative mood were less gullible and more sceptical, and were actually better at detecting deception.

Although detecting deception was always important to human groups to identify cheats and freeloaders, it has become much more critical in our modern age.

Given unlimited access to dubious information, combating gullibility and promoting critical thinking is one of the major challenges of our age.

There are worrying signs that lack of education, poor ability to think rationally, and the massive amount of doubtful and manipulative information we encounter may combine to threaten our impressive cultural achievements.

This article was originally published on The Conversation

Is it too late for the government to win back Australia’s trust?