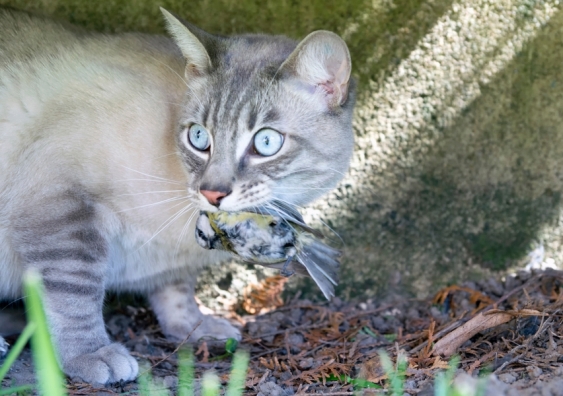 Introduced cats are a key threat to 123 of Australia’s threatened species.

The management of cats is challenging and divisive; many options such as rehoming, trap-neuter-release and euthanasia have been used around the world with varying success.

Australia’s recent commitment to killing 2 million feral cats to protect its native wildlife has attracted international attention and some have considered the project harsh.

While the actual target of 2 million has been rightly criticised as arbitrary and more based on public relations than rigorous science, it’s true non-lethal methods are not enough to stem the environmental havoc cats cause. Particularly in light of a UN report highlighting the world’s extinction crisis, Australia urgently needs well-targeted cat culls.

A range of effective non-lethal methods are already protecting wildlife from cats. Cat-exclusion fences have collectively improved the conservation status of many threatened species. In addition, an increasing number of Australian councils have created progressive cat management bylaws designed to protect pet cats, wildlife and humans from the effects of free-ranging cats.

The centrepiece of many of these bylaws, supported by the vast majority of animal welfare groups, is the containment of pet cats on their owner’s property. Indoor cats live longer, safer lives than cats that are allowed to roam.

Stray cats are harder to manage. These are the cats that do not have a home, but may be directly or indirectly fed by people.

Because they are unowned, no-one is officially accountable for their health or welfare. Groups of like-minded individuals feed and even provide veterinary assistance to some of these cats, further blurring the distinction between pet and feral cats.

A trend promoted by “no kill” shelters and advocacy groups in some US states and Europe is for clowders (groups) of stray cats to be desexed, vaccinated and released back onto the streets. This process is called trap-neuter-release (TNR).

A recent RSPCA best-practice cat management discussion paper proposed a trial of TNR in Australia too – but there are very good reasons why this would be counterproductive for cat welfare.

The risks of releasing unowned cats 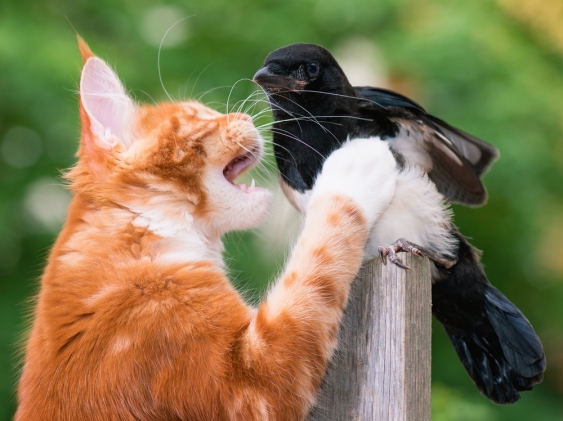 Research has suggested that cats kill around one million Australian birds every day. Image from Shutterstock

Dense outdoor cat clowders are hotbeds of toxoplasmosis infections. This cat-borne disease is increasingly being linked to a range of chronic mental health conditions including schizophrenia and Alzheimer’s disease.

“No kill” groups that promote TNR erroneously claim that neutered cats significantly reduce the breeding potential of erroneously named cat “colonies”, in the same way that release of neutered mosquitoes is a proven technique for controlling disease-bearing mosquitoes.

One of us (John) has recently written a book on protecting wildlife and cats that suggests five fatal biological flaws in this logic:

TNR is biologically flawed, cruel to cats – because it returns them to a hazardous environment – and ineffective when not accompanied by high levels of adoption.

Not only do predatory cats harm native wildlife, but stray or feral clowders can also directly influence marine ecosystems and fisheries.

Many commercial cat foods contain increasingly threatened predatory fish that are high in the food chain and hence use more nutrients and biological energy than plants or herbivores. US dogs and cats consume one-third of the animal-derived protein eaten by humans, with accompanying greenhouse gas emissions.

The cat food provided to stray clowders adds to this biological expense. In 2009 alone, the US-based Best Friends Animal Society, one of the major promoters of TNR, distributed over 80,000 tonnes of cat food to unowned cats. There are no similar studies in Australia, and we appear to have far lower rates of stray-cat-feeding, but it is still part of the ecological impact of stray cats.

Even more insidiously, seals, otters and dolphins in oceans around the world die from cat-borne diseases spread mainly from clowders.

Fortunately, both science and animal welfare standards are consistent about management of cats. All healthy domestic cats for which safe homes can be found should be adopted or rehomed, then kept indoors following neutering and vaccination. All other cats, including ferals and strays that cannot be rehomed quickly, should be humanely euthanased.

Feeding or releasing cats (neutered or otherwise) threatens our wildlife and perpetuates the cycle of suffering, disease, predation and social annoyance. Non-lethal options such as feral cat-proof fencing can still be part of the solution, but euthanasia remains an important part of controlling feral and stray cats to protect our native wildlife.

Among the Pigeons: Why our cats belong indoors (2019) by John Read is published by Wakefield Press.

Know your enemy: Teaching threatened species to be wary of predators