It is possible to have fish and dams: John Harris, Bill Peirson and Richard Kingsford explain how. 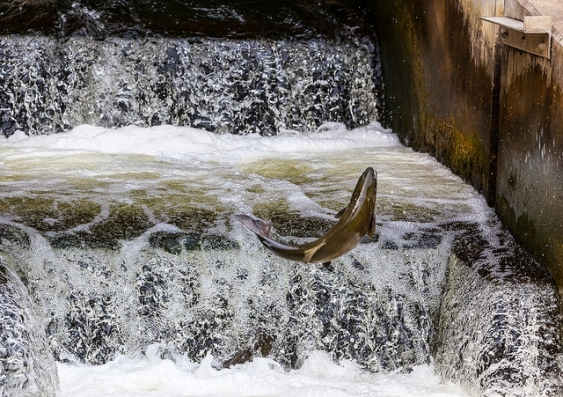 OPINION: Fish are the most threatened group among Earth’s freshwater vertebrates. On average, freshwater fish populations have declined by 76% over the past 40 years. Damaged fish communities and declining fisheries characterise global freshwater environments, including those in Australia.

Millions of dams, weirs and smaller barriers – for storage and irrigation, road and rail transport and hydropower schemes – block the migration of fish in rivers worldwide.

These barriers serve our needs for water supply, transport and energy. But, by obstructing fish migrations, they also degrade ecological integrity and reduce food security.

This is bad news for those who depend on fish for food. For example, in the Mekong River fish supply over 70% of the people’s animal protein, but catches are falling drastically following dam-building.

In our paper published in CSIRO’s Marine and Freshwater Research, we take stock of the impact these barriers have on our freshwater fish, most (perhaps all) of which migrate, and how we can help them.

There are countless barriers across Australia’s rivers. Roughly 10,000 barriers of all kinds obstruct flows in the Murray-Darling Basin. Flow is unobstructed in less than half of the basin’s watercourse length.

Native fish numbers in the basin’s rivers have declined by an estimated 90% through habitat fragmentation by barriers together with altered flows, overfishing, coldwater pollution and invasive species. 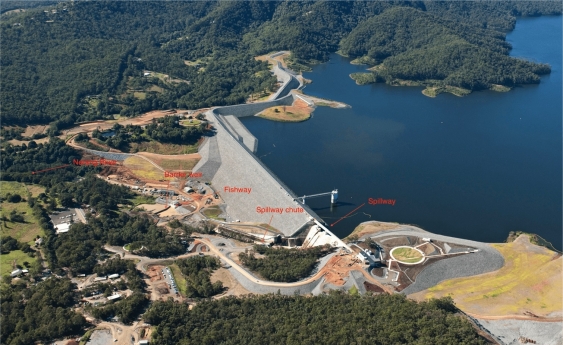 One way to help fish overcome barriers is to build fishways (or “fish ladders”).

Recognition that dams threaten freshwater fish communities lagged well behind their construction. Nonetheless, European and American observations of declining fisheries for species moving from the sea to breed in rivers prompted early attempts in Australia to provide for fish passage.

The first Australian fishway was built near Sydney in 1913. By 1985, 52 had been built, but they adopted Northern Hemisphere designs for salmon and trout. These were unsuitable for Australian species, which rarely leap at barriers, and their flow velocities, turbulence and other aspects were excessive.

Seeing the failure of these fishways, New South Wales Fisheries sought advice in 1982 from George Eicher, an American expert, who advised on research to create designs for local species.

This led to expanding fishways research and construction in eastern states. The result was markedly improved performance, for example in the Murray-Darling’s Sea to Hume program.

Our research shows that regrettably few Australian fishways have yet been shown to meet ideal ecological criteria for mitigating the impact of barriers. Furthermore, fishways are in place at relatively few sites.

In NSW, for example, only about 172 in total serve several thousand weirs and 123 dams. They can be expensive to build and operate, so costs retard mitigation at numerous important sites.

Fishways have seldom been built on dams (fewer than 3% of Australia’s 500 high dams have one); they have generally cost tens of millions of dollars; and most operate, with limited effectiveness, for less than 50% of the time. The need for much greater investment in innovation, research and development is pressing. 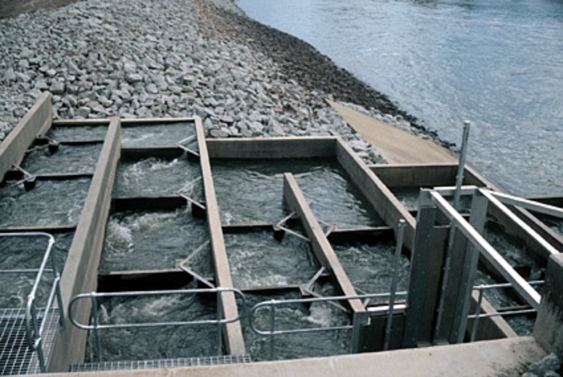 The modern vertical-slot fishway at Torrumbarry, near Echuca, on the Murray River.

How to store water and also rehabilitate fish

To reduce the impact of dams on fish we need to look at resolving problems at river-basin scale; improving our management of barriers, environmental flows and water quality; removing barriers; and developing improved fishway designs.

One way to accelerate improvements nationally would be to pass legislation for routinely re-licensing waterway barriers at regular intervals. This would mean that older barriers are re-evaluated and upgraded or removed where necessary. Under the NSW Weir Removal Program, 14 redundant weirs have already been removed, with others under assessment.

Young Australian bass during trials of an experimental model of the pump fishway.

We hope the project may help transform past practices through less-costly modular construction, adaptability to a wide range of barriers and improved effectiveness.

Better fishway developments will mean that we can store and supply much-needed water while also restoring fish migrations. This will be increasingly important as climate change reduces streamflows in many regions, and will help rehabilitate fish populations.