Researchers from UNSW Sydney help us understand why the genre is so popular. 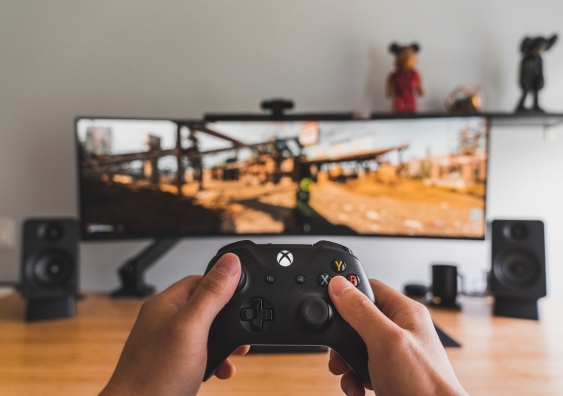 Violent video games are one of the most popular genres with gamers of all ages. Photo: Unsplash.

Video games aren’t just a hobby for kids or teens. People of all ages and genders from all walks of life play them, and they’re available in nearly every home, handbag and pocket around the world.

But there’s a genre of game that seems to be more popular than most – violent ones. While many criticise games like Grand Theft Auto, Call of Duty and Fortnite for their graphic content, few studies have explored why these games are so popular.

Biology and psychology researchers from UNSW Sydney have a theory that could help explain our fascination with violent video games. Drawing on evolutionary psychology and cognitive evaluation theory – a theory explaining the effect of extrinsic rewards on intrinsic motivation – among others, their recent paper, published in Motivation Science, suggests violent video games resonate with so many of us because they offer opportunities to fulfil our psychological needs.

“The motivations we have to play violent video games stem from our desire to become better as individuals,” says Associate Professor Michael Kasumovic, one of the co-authors of the study from UNSW Science. “They allow us to measure status, assess our abilities relative to others and overcome our fears.”

While it might be unusual to consider playing video games as meeting psychological needs, they do tap into our human desires. Autonomy (sense of control), social relatedness (feeling connected with others) and competency (capacity for success) are all motivators for behaviour. Violent video games usually provide all these – whether it’s choosing a weapon upgrade, working together with other characters, or accomplishing goals or missions.

“Violent video games lend themselves to [our psychological needs] because they’re designed in a way that allows us to achieve a sense of control and accomplishment, and they help us figure out where we sit in a social hierarchy [based on our performance in them],” A/Prof. Kasumovic says.

According to the research, violent video games also allow players to experience dangerous situations – kinds we likely wouldn’t face in real life – in a safe environment, as well as to regulate our emotions. 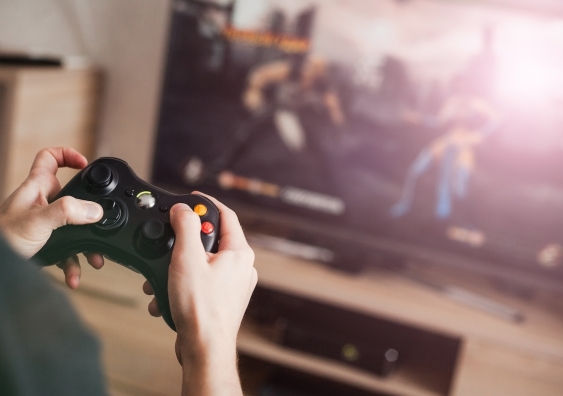 In fact, why we play violent video games could be similar to some of the reasons we play sports. At their core, they’re a way to manage aggressive behaviour and our innate drive for competition in a socially acceptable manner.

“Violent video games help explore our fears around death and can help with the expression of emotions, particularly anger,” A/Prof. Kasumovic says. “Before, people might have gone outside to play with others. Now, we have the means to do this through digital interactions.”

Unlike traditional sports, video games can be played and mastered by nearly anyone, regardless of physical capacity – it’s not physical strength or athletic performance that lends itself to success in these games, but ability and skill level. Some people, however, are more likely to play than others.

The effects of violent video games

The research suggests people who perceive themselves as lower in social status or those who have unmet desires for dominance (exercise of influence or control over others) are more likely to play violent video games. The less these needs are met in the real world, the more likely they are to seek them out in a digital one.

“Video games may allow some people to get what they’re not getting in the real world – like enhanced feelings of self-esteem and social ranking,” A/Prof. Kasumovic says. “So, people from low-status groups can be more drawn to playing violent video games because of a desire to obtain higher status that they can perhaps achieve in the game.”

Violent video games, particularly online multiplayer ones, are designed to encourage improved performance through match-making tiers and levelling up. At the extremes, this is thought to encourage pathological gaming – or video game addiction – where players continue despite adverse real-world consequences. 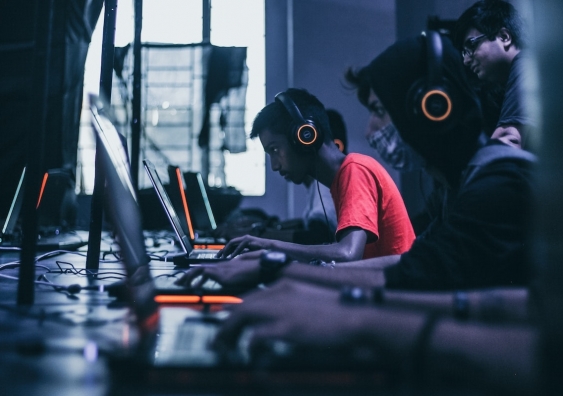 Compulsive video gaming can be detrimental to an individual's ability to function in the real world. Photo: Unsplash.

“You get instant feedback on the outcome of your performance, and there’s a positive feedback loop that drives you to play more because you want to improve in the game, and improve your standing against others,” A/Prof. Kasumovic says. “That can be problematic if it overtakes your life and decreases your capacity to self-care, and we think some individuals may be more prone to that than others.”

Whether the effects of psychological fulfilment through violent video games can carry over into daily life is another question – one that interests the researchers. Their future research will also investigate the prosocial effects that violent video games may have on leadership and teamwork.

“We hope the research will help to broaden people’s minds, perspectives and understandings around video games, because they’re complex. They’re not going away. If anything, [the landscape] is only going to become more intense,” A/Prof. Kasumovic says.