The bigger the animal, the deeper the sound they make. But not if they live in the water. 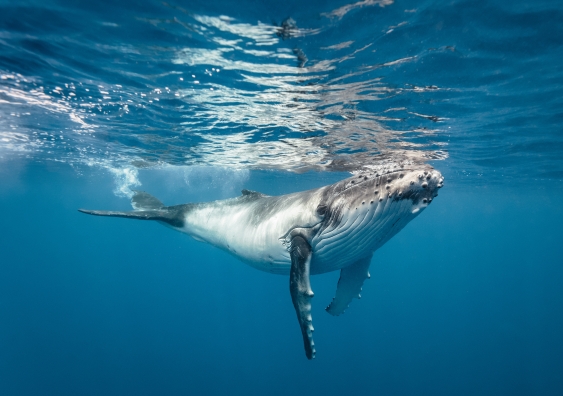 Aquatic mammals do not produce calls at the frequency we would expect based on their size. Photo:Shutterstock

Have you ever met a really tall man who has a high-pitched voice? Did it seem odd?

We intuitively expect large mammals to have low, booming voices, while small mammals should have high-pitched, squeaky voices. The feathertail glider is a tiny marsupial weighing only as much as three teaspoons of sugar, and as you would expect, it squeaks. At the other extreme a lion prowling the African plains, intimidating his competition, has a deep booming roar.

Other mammals that are intermediate in size, such as the Tasmanian devil, have a suitably intermediate tone to their calls. The frequency of the calls made by animals tends to correlate with their body mass. This is because the larger the animal’s body, the larger their vocal apparatus.

But it is not always that simple. Our research shows aquatic mammals do not produce calls at the frequency we would expect based on their size. Rather than having a deep roar like a tiger, dolphins and toothed whales make high-frequency whistles and squeaks. To put this in perspective, the largest terrestrial mammal, the African elephant, weighs almost 4,000 kilograms and produces calls at frequencies up to 8 kHz. In contrast, the Arnoux beaked whale, which is more than twice the size of an elephant, whistles like a bird at frequencies up to 11 kHz.

It’s not only the dolphins and whales that possess this ability to produce such high frequencies for their size.

"Our research shows aquatic mammals do not produce calls at the frequency we would expect based on their size."

Leopard seals grow to be the size of a large bull, yet when they sing underwater they produce sounds like a cricket. What is even stranger, rather than having a deeper voice as they get bigger – as most mammals do – the larger seals have a higher-pitched voice.

Previous studies have found that body mass or the environment in which an animal lives tends to influence vocalisation pitch. Recently we set out to find out what causes larger, marine mammals to have higher-pitched voices, and found it’s the environment that matters most. Sound travels faster through water than air, and soundwaves attenuate less quickly and are less distorted. This means that higher-frequency sounds are able to travel farther through water than air, without the loss of important information. It is this propagation efficiency that enables aquatic mammals to use calls of high frequencies.

But mammals also face challenges when it comes to making sound underwater.

You can’t breathe and vocalise while underwater. So aquatic mammals have adapted complex respiratory systems to recycle air while vocalising, which means they do not need to surface to get another lungful of air in order to keep singing. 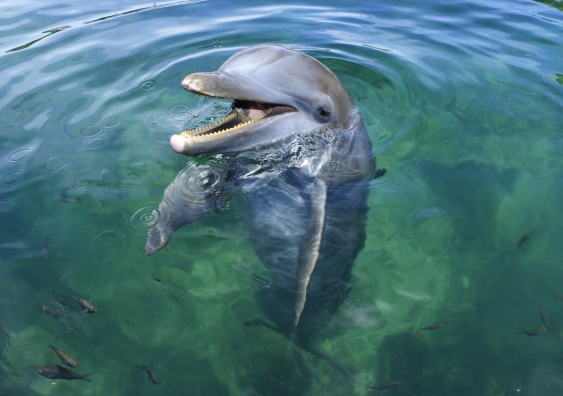 But there is a second problem for mammals that call underwater. When soundwaves travel from air in the vocal tract to water, a large amount of the sound is lost to scattering and attenuation. So, in aquatic mammals, the fatty tissue around the larynx is a similar density to water. High-frequency sounds are produced by recycling air back and forth through organs such as the larynx, which then passes through the fatty tissue and into the surrounding water.

The best-known case is the ability of some dolphin species to echo-locate to navigate and find prey. They have fatty melons on their heads which are very effective at transferring the ultrasonic frequencies into and from the water.

While body size still drives the frequencies produced by terrestrial mammals, bigger doesn’t necessarily mean deeper when it comes to aquatic mammals. In fact, you’re far more likely to hear a dolphin squeak like a mouse than roar like a lion.

Kobe Martin is a Postgraduate Researcher in Animal Behaviour and Acoustics, UNSW.