Why the long face? Explanation found for Neanderthals’ huge noses

The big noses and long faces of Neanderthals may have evolved to ensure that these extremely active extinct humans had plenty of room to breathe. 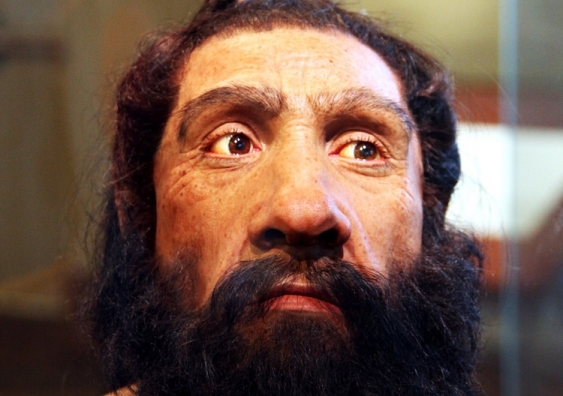 Model of the head of an adult male Neanderthal at the Smithsonian Museum of Natural History. Image: Tim Evanson: CC BY-SA 2.0

By making the first full reconstructions of Neanderthal skulls, scientists have determined that this extinct human species probably expended huge amounts of energy in pursuit of an extremely active lifestyle.

This may account for their huge noses and long faces, according to the results of a study published in the Proceedings B of the Royal Society of London.

The conclusion, by a team including UNSW’s Dr William Parr, was arrived at by carefully discounting a competing theory that Neanderthals had massive bite force. The team developed compelling new evidence that the nasal passages of Neanderthals were capable of both conditioning and channeling large volumes of air in and out of their lungs.

“In this respect, Neanderthal breathing was almost twice as effective as it is in we modern humans,” says team leader, Professor Stephen Wroe, of the University of New England.

“This means that Neanderthals could get far more oxygen into their system before having to resort to mouth-breathing. Breathing through the nose is more efficient than mouth-breathing in terms of energy use.

“Our conclusion was that the distinctive, projecting Neanderthal face is an adaptation linked with an extreme, high energy lifestyle. It may be because Neanderthals were routinely involved in very strenuous activities, such as running down and killing large animals, or it may simply be that they needed to burn a lot of oxygen just to stay warm in their Ice Age habitats. Or it could be some combination of both," he says.

The team built the first three full model reconstructions of Neanderthal skulls, including the more perishable material of the nasal cavity, which only rarely survives the fossilization process, and compared those skulls with those of modern humans and skull reconstructions of a likely human ancestor, Homo heidelbergensis.

“The engineering methods we used to analyse the specimens need whole crania and all of the Neanderthal fossils were damaged,” says Dr Parr, of the Prince of Wales Clinical School.

“So we used the same kind of medical images that are taken in a standard hospital CT scan for the basis of our analysis. We applied cutting-edge virtual reconstruction methods, some of which are used in surgical planning, to reconstruct whole cranial models from the damaged fossil remains.”

By using mechanical engineering simulations to model the ability of each species to sustain high bite forces, they ruled out a theory that Neanderthal skulls had evolved into their distinctive form to give these archaic humans a more powerful bite.

The international team also simulated breathing through the Neanderthals’ big nose – or more specifically, the cavities that lay behind it – using computational fluid dynamics.

But in one respect, Neanderthals were unique: when compared to Homo heidelbergensis and a range of modern humans, the Neanderthals clearly excelled at getting air in and out of their bodies through their noses, fast. 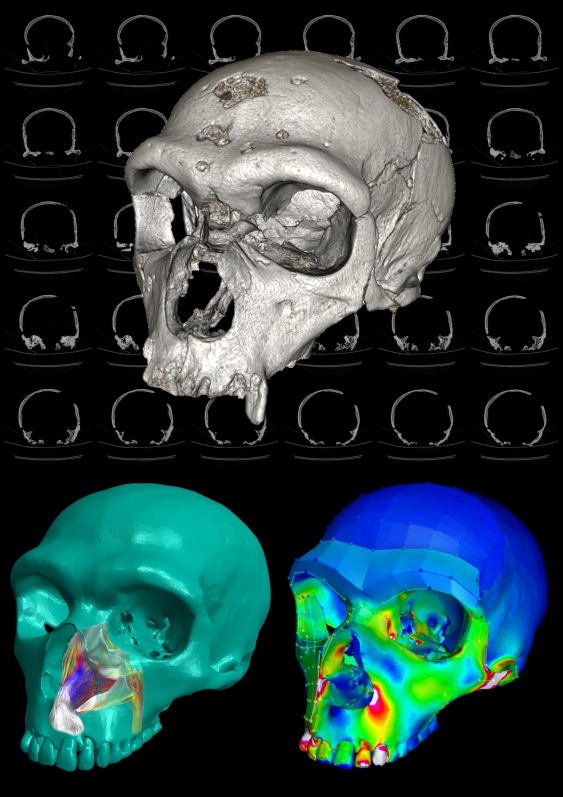 Reads more about the study here.