A UNSW researcher explains how our perceptions of smell differ and why products like perfume or deodorant don’t always make us smell nicer. 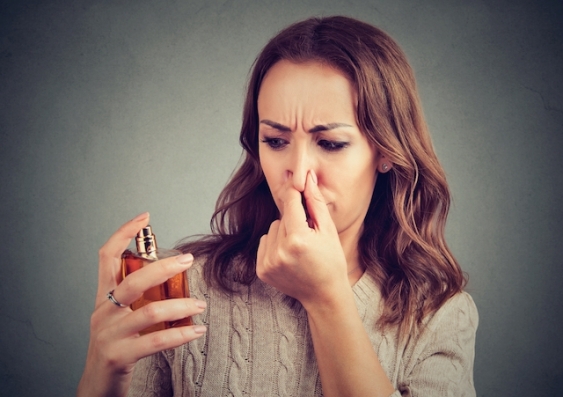 We all perceive smells differently and that’s why one person’s pleasant perfume can be another’s nauseating pong, a UNSW researcher explains.

Dr James Hayes, of UNSW Engineering, said there were a range of factors which influenced how people detected odour and these could change over time.

His background in psychology has informed his research on the impact of arduous odours on communities, among other topics, and his work for the UNSW Odour Laboratory.

Dr Hayes said a human’s ability to process odour differed to other mammals, such as dogs or rodents, which had large portions of their brains devoted to detecting odour.

“Many parts of the human brain have been co-opted to regulate other things, for example, emotions,” he said.

“So, even though these areas of the brain are used for emotions, because they are still related to odour you find that a lot of odours emotionally affect people quite strongly.

“We also have olfactory memories which are typically the earliest memories that we form, as well as being the longest lasting; for example, particular smells might remind you of your childhood.” 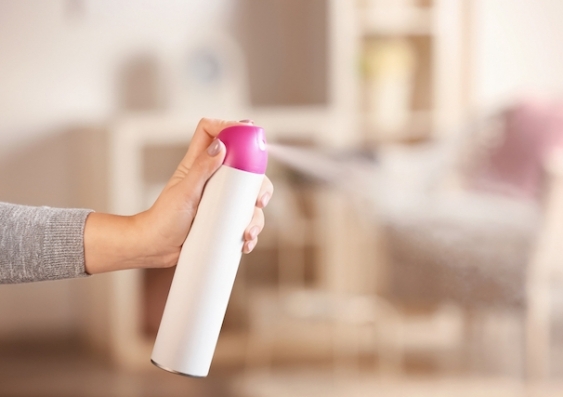 If you think something smells nice, chances are someone else thinks differently, a UNSW Engineering researcher explains. Photo: Shutterstock

Dr Hayes said humans perceived scent via olfactory receptor neurons (ORNs), located in the nasal cavity, but ORNs could change in effectiveness according to a person’s age, health or environment.

“If anything disturbs how those ORNs sense odours, then you will have changes in your perception of smell,” he said.

“Age is certainly a factor: ORNs constantly recover and regenerate as they break down from exposure to chemicals, but age slows down that process a fair bit.

“I did a study which showed that smoking also changes your perception of odour.

“Some mental health conditions can even influence a person’s sense of smell.”

Dr Hayes recalled the time he suffered temporary anosmia, meaning he lost his sense of smell. A related condition is hyposmia: a reduced smell sensitivity.

“There are certain odours that will completely burn off your ORNs if they are in high enough concentrations. This happened to me some years ago in a lab,” he said.

“There were a whole bunch of chemicals for odour testing that had been forgotten about for about 10 years and had expired. Most of the glasses had cracked.

“I helped to move the box of chemicals and my sense of smell became very strange – all I could smell was something between wood, glue and ball bearings – and then my sense of smell disappeared for about three weeks.

“My neurons were completely burnt off, but they grew back.”

Dr Hayes said traumatic injury and genetics could also influence the ability of ORNs to regenerate. 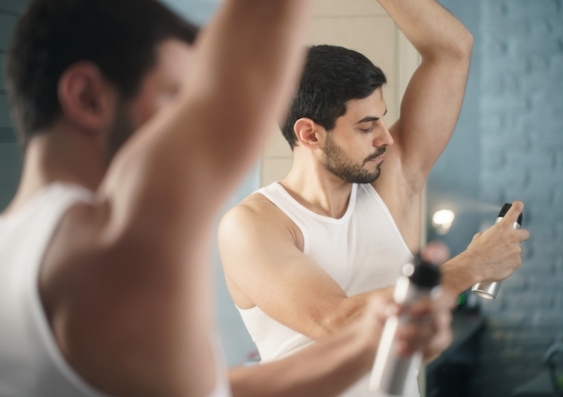 Thinking of dousing yourself in deodorant to make yourself smell better? Think again - a UNSW Engineering researcher explains why. Photo: Shutterstock

Dr Hayes said several other surprising factors also played a role in our ability to detect odour, including gender and cultural background.

“People’s sense of smell deteriorates as they age, but it seems to happen faster for men,” he said.

“Women, overall, have a better ability to detect odour – they are able to smell more odours than men, and also perceive those odours more strongly than men.

“But generally, people’s ability to perceive odour starts to worsen about age 60, although there is a great deal of variation between individuals.”

“While it’s difficult to separate cultural differences from genetics, a large study which presented a range of odours to different cultures around the world, showed that cultures which had little experience with particular odours were less likely to be able to detect them,” he said.

“For example, the study revealed that people in Japan had a difficult time detecting liquorice, for instance, and all the aniseed flavours.”

Despite many factors affecting our ability to perceive odour, however, humans had an evolutionary understanding of whether particular smells represented a safe or potentially dangerous situation, Dr Hayes said.

“There are some things in nature which are very good markers for humans to avoid, for example, things that emit sulfur are typically decaying or rotten – they have a lot of bacteria in them – so, we have a natural impulse to avoid those smells we understand are bad,” he said.

“Ammonia is another one which has a very distinct smell and when it’s in sufficiently high concentrations, it can be fatal – so, we have learned to stay away from such sources of odour, because in the long run that will save us.

“On the other hand, pleasant-smelling things like flowers suggest freshness and people give flowers to each other, which relates to the emotional part of our brain in a positive way.”

Nonetheless, Dr Hayes said there were certain gases and chemicals which smelt pleasant or had no scent, which could still represent a fatal source of odour to humans: for example, carbon monoxide.

“So, humans’ instinctual understanding of which odours are safe or unsafe is imprecise, but in terms of our ability to detect rancid odours like sulfurs, we are very good at detecting them and about as good as the best analytical equipment available,” he said. 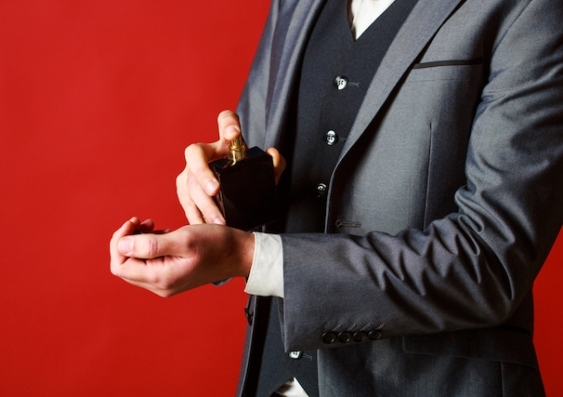 You might want to reconsider using your favourite cologne or perfume, a UNSW Engineering researcher says. Photo: Shutterstock

Having explained the factors behind humans’ ability to detect odour, Dr Hayes turned to the question of why people have body odour.

He said hygiene, diet and environment were major factors, excluding medical conditions which could cause unpleasant body odour, such as liver disease, diabetes or kidney issues.

“The human body produces a lot of different oils from various glands, such as sebaceous oils and other oils which make the skin smooth, greasy or whatever it might be,” Dr Hayes said.

“These oils are odourless, but we have bacteria on our bodies that process and digest these oils and that's where body odour comes from.

“The classic example is garlic – your body processes it into allyl methyl sulphide (AMS), which is then exuded as an unpleasant odour through your pores,” he said.

“So, as the saying goes, you are what you eat; almost anything you eat will have some impact on your odour.

“But chances are, if it’s a common food amongst people you associate with, you’re less likely to notice the body odour from it, if at all.” 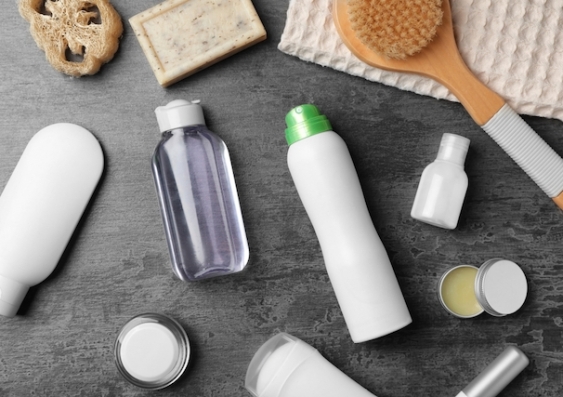 Keeping clean and watching your diet will do your body odour more favours than dousing yourself in artificial products, a UNSW Engineering researcher explains. Photo: Shutterstock

Dr Hayes said masking one’s body odour with scented personal care products, such as perfume or deodorant, would not necessarily have the desired effect of making you smell better.

“I’ve examined this in my research: it’s something I call the ‘strawberry problem’. Compare strawberries and lemons. The smell of lemon is obvious and comes predominately from one chemical, limonene,” he said.

“Strawberries, on the other hand, have about two dozen chemicals that are responsible for the smell of strawberry, but your body does not tell you that you are smelling different chemicals, it just says you are detecting strawberry.

“This is unusual, because having one chemical in lemons, or multiple chemicals in strawberries, both result in the same outcome: you are smelling a particular piece of fruit.

“And, we can smell lemons and strawberries individually at the same time, because of complex neural processing in our brains.”

“Deodorant could be made of multiple chemicals and you detect it as one particular scent, even if it’s overwhelming your ORNs,” he said.

“Your brain, however, is still capable of putting the deodorant scent to one side and also noticing body odour at the same time.

“When I was in school after sport, everyone drowned themselves in body spray in an effort to completely overwhelm everyone else’s ORNs and kind of hide their body odour, but it does not really work that way.”

“You could have regular encounters with someone with bad body odour who is always using a particular deodorant,” he said.

“Using classical conditioning from psychology, you will associate that particular scent with a bad experience because you also smell that person’s body odour – it happens all the time.”

“In theory, it could be possible to find some sort of chemical to treat and remove body odour, and many companies may well claim their products do,” he said.

“Things like deodorant might help with mild body odour, but the best thing you can do is practise good hygiene and watch your diet and environment.”

Why bad smells stick around and how to eliminate them