Why do some people make the same bad choices over and over? An inability to see how actions lead to outcomes, rather than recklessness, could be to blame. 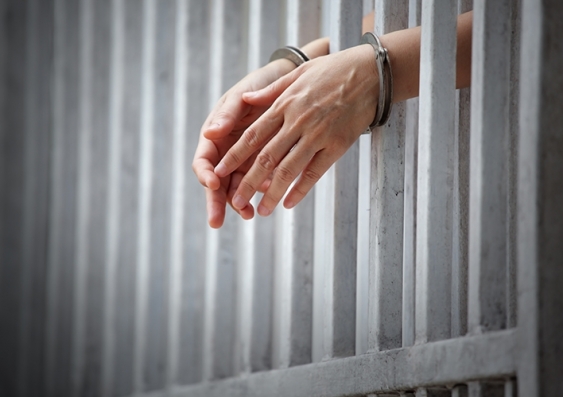 Focusing on personal choices and potential negative outcomes could be a vital intervention target when trying to promote beneficial behaviour and decision-making. Photo: Shutterstock

An experimental video game designed by psychologists and neuroscientists from UNSW Sydney has thrown new light on why punishment fails to act as a deterrent to some people, while others will do so much to avoid it.

It has long been thought that people who choose behaviours with poor outcomes for themselves are so strongly motivated by the prospect of a short-term reward that the thought of being punished is dwarfed by comparison, or that they simply don’t care about the adverse consequences to their actions. But an experiment run at UNSW and Western Sydney University suggests there may be an important third explanation.

Dr Philip Jean-Richard-dit-Bressel of the Behavioural Neuroscience Lab and Dr Jessica Lee of the Human Learning Lab at UNSW’s School of Psychology led an experiment using a simple online game given to 135 psychology students. They tested how much students changed their behaviours if they resulted in bad outcomes, or in other words, how sensitive they were to punishment. The key question was what caused differences in punishment sensitivity across individuals? 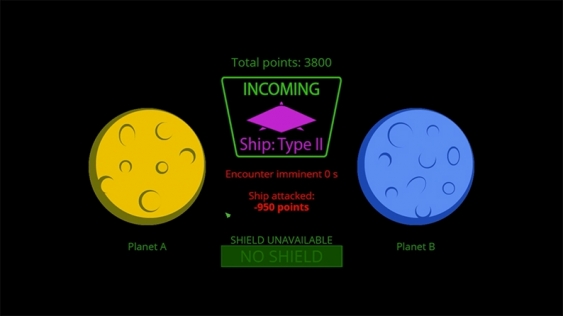 Many players realised that choosing Planet A increased the risk of attack from a pirate spaceship and subsequent points loss, so learned to avoid Planet A. Image: UNSW

“We designed a game where players could make certain responses that won them points, but some responses also lost them points,” Dr Jean-Richard-dit-Bressel says.

“After playing it for a few rounds, many players drastically changed their behaviour to avoid losing points, which was a good strategy. However, many other players did not avoid point-loss, even by the end of the game, and as a result, did much worse at it.

“Really popular accounts of punishment sensitivity say that these two groups probably differ in how they value outcomes. Or that they differ in their impulsivity – their ability to control their own behaviour.

“Surprisingly, these factors did not explain the difference between good vs. bad avoiders of punishment. The thing that these players really differed on was how well they understood the consequences of their actions.”

Dr Jean-Richard-dit-Bressel, Dr Lee and their colleagues, who recently published their findings in the journal eLife, believe this could be an important factor that accounts for what psychologists call an insensitivity to punishment.

“We’re not saying that people don’t differ in how they might value things, which determines how they act,” says Dr Lee.

“Rather, we’re saying that an important and overlooked source of differences between people comes from how effective they are at linking their behaviour to consequences – if you don’t know your behaviour is causing you harm, you’re going to keep doing it, regardless of your values.”

This concept may apply to everyday behaviour – such as the person who repeatedly tells inappropriate jokes wondering why people aren’t super friendly to them – through to ‘intractable’ behaviours that plague those with more serious conditions like addiction, anxiety, personality disorders and psychopathy.

Participants of the study played an interactive online game where they could click on one of two planets to trade with them and earn points. Each time they clicked on one of the planets, they had a 50 per cent chance of being rewarded with 100 points.

At the end of the game there was a clear split between students that stopped trading with the pirate ship planet (i.e. avoided punishment) and those that did not – very few students showed intermediate avoidance.

When surveying the students about their experience playing the game, it was clear that all students liked winning points when trading with a planet, and disliked being attacked by the pirate spaceship.

“Where they differed was in whether they learned the relationship between their behaviour and negative outcomes ,” Dr Jean-Richard-dit-Bressel says. “They all wanted to avoid the pirate ship, but many were failing to realise that it was their actions that was causing it to appear and steal their points.”

Dr Jean-Richard-Dit-Bressel says he and his colleagues aren’t saying this concept explains everything about why some people repeatedly find themselves in hot water with the law, or choose the wrong friends, or engage in self-destructive or addictive behaviours – or even the innocuous behaviours we all engage in where we simply choose badly and suffer the consequences.

Rather, the study shows that an overlooked explanation for a person’s apparent insensitivity to punishment is that they may not be noticing how their choices result in particular outcomes as quickly as others.

“If this is something some people really struggle with, then this could be a vital intervention target when trying promote beneficial behaviour and decision-making in individuals.”

One of the things that excites Dr Jean-Richard-dit-Bressel and colleagues is the fact that this is the first time this has been highlighted as a key source of differences in humans. The research team was actually amazed at how clear the results were.

“There was this obvious split between people who learned to avoid punishment and those who didn’t. And both groups of people were engaging with the game – everyone was clearly motivated to gain points. They really just differed in how they went about it, which entirely depended on what they had learned about their behaviour.

Some of the things the team are interested in looking at in future experiments are what makes it so hard for some to link their choices to negative consequences, how stable insensitivity to punishment is over time, and whether the same individuals might also struggle with linking their actions to positive outcomes.

“If the pirate ship led to a reward instead, it would be very interesting to see whether these same individuals seemingly insensitive to punishment were able to figure out which of their responses led to reward,” Dr Jean-Richard-dit-Bressel says.