Spider silk is stronger than steel and Kevlar. Tapping into its secrets could herald a revolution in manufacturing, writes Sean Blamires. 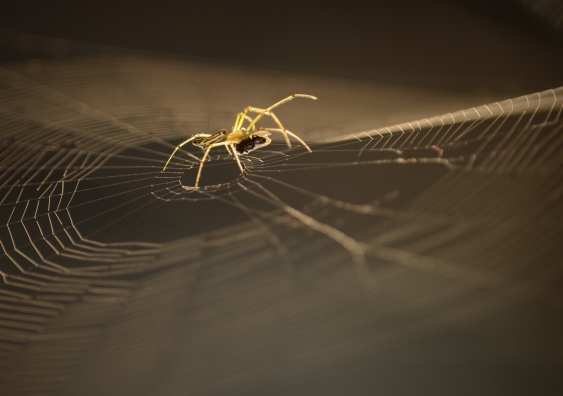 If it’s good enough for a spider, why can’t we make such strong silk? Photo: Flickr/ Uditha Wickramanayaka.

OPINION: Silk is a high-performance protein-based fibre that is naturally produced by invertebrates. The most well known is the domesticated silk moth (Bombyx mori), whose silk has been used in fabrics for more than 4,000 years.

Spiders also produce silk. The dragline silk – used for building the framework of webs and safety lines for the spider – has strength greater than steel and toughness greater than Kevlar.

What is more impressive is that it is produced within aqueous solutions at room temperature, and is highly biocompatible – meaning it’s non-toxic – and bacterial resistant.

If we could tap in to the secrets of this material it could herald a revolution in manufacturing. A swathe of high-performance materials could potentially be produced, such as ultra-tough ropes and cables, light-weight safety uniforms, super-strong and light cases, binding sutures and other medicinal materials.

But unlike silkworms, harvesting silk directly from spiders is not a commercially viable option. Spiders require vast amounts of space for their webs, individual spiders do not produce high quantities of silk, and spiders tend to eat each other. 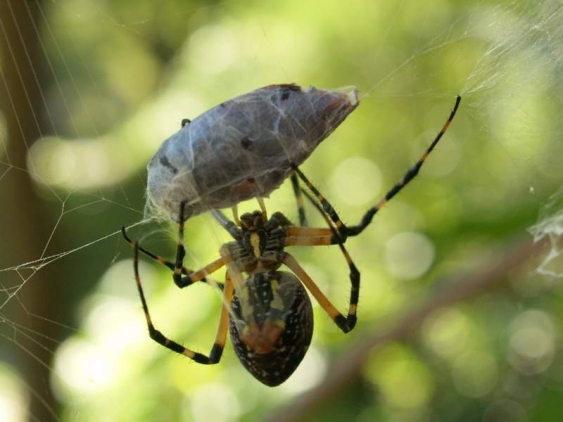 Spiders use their silk to wrap up their prey. Photo: Flickr/Hunter Desportes.

There have been some recent advances in our understanding of dragline silk protein structures. So why has commercial-scale genetic engineering of a material that performs as well as natural spider silk proven exceptionally difficult?

One reason is that the silk proteins created using genetic engineering and recombinant technologies have not been based on full-length spider silk gene sequences.

Also, an incomplete understanding of the natural spinning processes, and the influences of the internal and external environment over silk properties, appears to present a significant challenge.

The best way forward in the quest for any large-scale production of spider silk-like materials is through the processes of genetic engineering and biomimetics – mimicing the spider’s biological process. But again, significant obstacles still exist.

How does a spider do it?

Dragline silk is manufactured by spiders within the a gland called major ampullate gland. This gland is the longest and most complex of all the silk glands of spiders, so much so that it can be subdivided visibly into a tail, sac and duct region.

The proteins that make up the silk – known as spidroins – are secreted into the tail and stored in the sac as a concentrated liquid crystalline solution, called dope.

The dope is drawn through the duct during the process of fibre spinning where changes in salt concentration and pH induce the spidroins to form chains, and aggregate and fold into various secondary structures.

The dope forms a gel and flows further through the duct, which narrows considerably. This narrowing of the duct generates shear stress on the dope, which results in further folding and structural modification of the proteins.

Once pulled through the spinning valve by the spider (no, it is not squirted like Spiderman) the dope dehydrates and a solid fibre forms.

Limitations have been encountered by researchers at each of these stages which have compromised the properties of the fibre produced.

Native dope is preferred but can only be obtained either directly from the major ampullate gland of sacrificed spiders or from fibres dissolved in caustic solvents.

How to make dope

An alternative is to derive a spinning dope by recombinant protein expression. This means inserting spider silk genes into bacteria and getting the bacteria to express the proteins.

The problem here is that the full-length sequences of spidroin-encoding genes are only known for a few species.

Attaining full-length spider silk proteins by recombinant expression is difficult because the silk proteins are exceptionally large and so difficult for the bacteria to secrete, and for researchers to isolate and purify.

A limited range of recombinant silk proteins can thus be produced. It is now known that other encoding genes also influence the structure and function of natural spider silks.

Clearly, we do not yet know enough about the expression and function of the silk proteins and the role of other genes, and how they interact with the environment, to exploit recombinant technologies for making artificial silk. 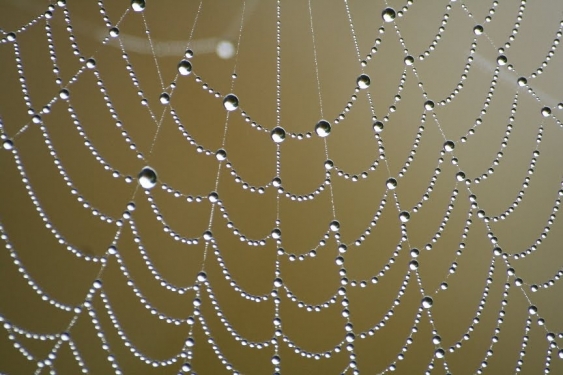 It is easier for a spider to spin a beautiful web than it is to create a synthetic silk. Photo: Flickr/Zaurky

Spinning dopes can be created by genetically modifying proteins secreted by bacteria such as E. coli, yeasts, plants such as tobacco, or in animals. For example, silk proteins have been synthesised using hamster liver cells and mammary cells from goats.

But this approach produces dopes that contain silk-like proteins of significantly lower molecular weights than native spidroins. These proteins need special treatment to induce the individual chains to join up.

The expression of spider silk spidroins in silkworms has recently been done and shows potential for producing higher molecular weight genetically modified proteins, but the fibres produced are not as tough as spider silk fibres.

It seems crucial that the chemical and physical treatments of the dope, however it is attained, must closely mimic the natural spinning processes.

But our knowledge is poor of the natural processes occurring between protein secretion and spinning, and how they can cause variations in silk performance across environments.

We know that a combination of changes in water content, salt concentration, pH and shear stresses act on the dope within the silk gland, and that these processes induce protein structural rearrangements in the spun fibres.

But an understanding of how these induce the changes in silk properties is still unknown and our lab at UNSW is working on this problem. 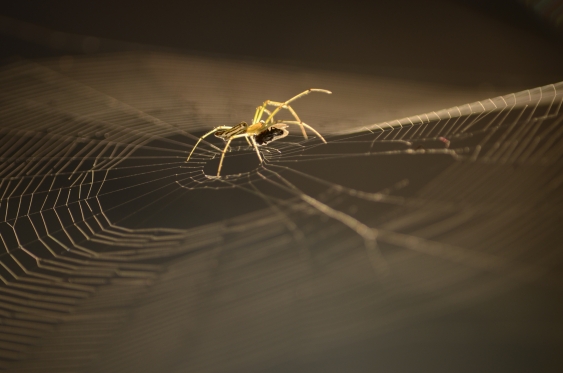 There have been reports of silks being produced with material properties approaching those of spider silk. But again, the gaps in our understanding of the biology and physical chemistry of silk spinning by spiders still limits the performance of the synthetic silks.

Technically, none of the methods mimics the natural silk spinning processes of spiders. Rather they are tried and tested modifications of established fibre spinning protocols.

Nevertheless, researchers have made considerable progress in the spinning of high quality artificial silks from recombinant proteins using such methods. Recently, a team from Sweden produced synthetic silk fibres with tensile strengths that neared that of natural dragline silk.

So while there have been some exciting advances, a lot of obstacles remain before we can seriously consider any commercial manufacture of artificial spider silk.

Sean Blamires is a Senior Lecturer in Evolutionary Biology at UNSW.