Opinion Why would the world accept Australia’s offer to store nuclear waste?

The South Australian proposal to profit from the storage of nuclear waste would create a financial burden on future generations, and bring substantial environmental and health risks, writes Mark Diesendorf. 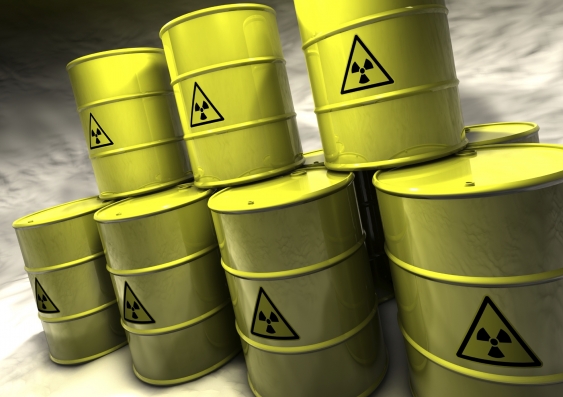 OPINION: While acknowledging that nuclear electricity is not commercially viable in South Australia, the Royal Commission’s tentative findings give strong support to the extraordinary notion that the state should attempt to profit by storing high-level nuclear waste from countries that do have nuclear power.

The scheme envisages a combination of above-ground temporary storage in dry casks, together with storage in a permanent underground repository. In practice, almost all the imported waste would be stored initially in dry casks for several decades before being transferred to the proposed underground storage area, where they would have to be managed for hundreds of thousands of years.

I will examine each of the two storage systems separately.

Hundreds of thousands of tonnes of high-level waste from nuclear power stations, both spent fuel rods and reprocessed waste, are in temporary storage around the world. They are “hot” in both temperature and radioactivity. Some are sitting in steel-lined concrete pools near reactors, while others are stored in so-called “dry casks”.

The idea that Australia could obtain a significant amount of this overseas waste for temporary storage in dry casks seems to be based on the dubious assumption that it would be cheaper for overseas countries to pay for shipping their dry casks to Australia for storage than to continue to store them where they are.

But it follows that if Australia could somehow offer an attractive price, then so could other countries with more experience in handling nuclear waste, as pointed out by the Australia Institute. The Royal Commission’s new findings do not reveal the cost of dry cask storage.

The Royal Commission assumes that the “conservative baseline price” that could be received for permanent underground storage is A$1.75 million per tonne of heavy metal, including the operational cost. It is unclear whether this includes storage in dry casks for several decades. The report does not reveal the corresponding cost per tonne, although its bottom-line figures predict an extraordinary 77% undiscounted profit over the lifetime of the project.

These claimed huge profits are based on a long report by Jacobs & MCM, released just a week ago and which few people will have digested in full so far. Hardly any of the assumptions of this new report are mentioned by the Royal Commission’s tentative findings. In reality it is still unclear how much the proposed facility would cost to run, or what kind of return on investment it might create.

It is a heroic fantasy to imagine that Australia would finance and build a permanent underground nuclear waste repository when the United States, an established nuclear nation, has so far failed, and similar facilities in Sweden and Finland are still under construction. The United States spent US$13.5 billion on preparing its proposed site at Yucca Mountain, Nevada. Its estimated total cost rose to US$96 billion (in 1998 prices) before the project was scrapped by President Obama.

The Royal Commission discusses the alleged economic benefits of underground storage, while failing to acknowledge the economic risks of Australia paying huge capital and operating costs to manage high-level waste for hundreds of thousands of years by means of unproven technologies and short-lived social institutions.

Although storing waste temporarily in dry casks is technically relatively easy, building the permanent underground repository would be very expensive. Therefore, if this scheme were commenced by storing dry casks, it’s possible that the underground repository, which would not be needed for decades, would never be built.

Then South Australia (and Australian taxpayers) could be stuck with managing a huge number of dry casks far beyond their lifetimes. As the casks began to decay and release their contents, the financial burden on future generations, and the environmental and health risks, would be substantial.