UNSW Sydney researchers have received grants to investigate the impact of the 2019/2020 bushfires on threatened reptiles and to assist in the conservation of invertebrate animals. 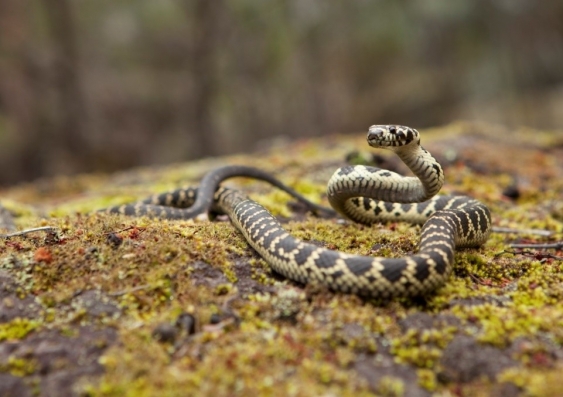 A survey of the broad-headed snake will be conducted following the 2019/2020 bushfires. Image: Jonathan Webb.

Researchers from UNSW Sydney have been awarded more than $1 million in funding for two projects aimed to assist in the recovery of wildlife and their habitat following the 2019/2020 bushfires.

The grants form part of the second tranche of funding for the Wildlife and Habitat Bushfire Recovery Program announced by Sussan Ley, Minister for the Environment.

Professor Emma Johnston, Dean of Science at UNSW, said she was thrilled that researchers from the Faculty of Science were assisting in this vital effort to inform wildlife conservation.

“I congratulate our researchers both on their success, and on their contribution to investigating and ameliorating the consequences of the recent bushfires on reptiles and invertebrates. These groups can be easily overlooked but are critical to ecosystem biodiversity and function,” Prof. Johnston said.

Professor Mike Letnic from UNSW’s School of Biological, Earth and Environmental Sciences received $244,000 for a project investigating the impact of the bushfires on reptiles in sandstone landscapes of Sydney. Prof. Letnic will lead the project with University of Technology Sydney (UTS) Professor Jonathan Webb.

“The impact of the wildfires on Australia’s threatened reptiles is currently unknown. Much of the focus on understanding the impact of fires has been on cute and cuddly animals like koalas. Less charismatic scaly animals like lizards and snakes often get forgotten,” Prof. Letnic said.

The project will assess the number of priority-listed reptiles resident at sites where historic records indicate the species lived prior to the fires. These reptiles include the broad-headed snake, Blue Mountains water skink, southern water skink, mustard-bellied snake and broad-tailed gecko. Specialised methods will be used to find each of the species. For snakes, this involves turning rocks and bark, motion-triggered cameras will be used to locate skinks and geckoes will be found by searching for them at night with torches.

Prof. Letnic and Prof. Webb will generate models relating occupancy of reptiles to indices of fire severity and habitat complexity. The results will provide information that conservation managers can use to assess the status and effects of wildfire and other threatening processes on priority listed reptiles.

Prof. Webb has worked on a population of broad-headed snakes in Morton National Park, south of Sydney, for nearly 30 years, and says he’s never seen fires that were as intense or widespread as the 2020 fires.

“Unfortunately broad-headed snakes are also threatened by the collection of bush rocks for the landscaping industry, and the illegal poaching of snakes for the pet trade. These threats, when combined with the effects of the wildfire, could push this species towards extinction.” 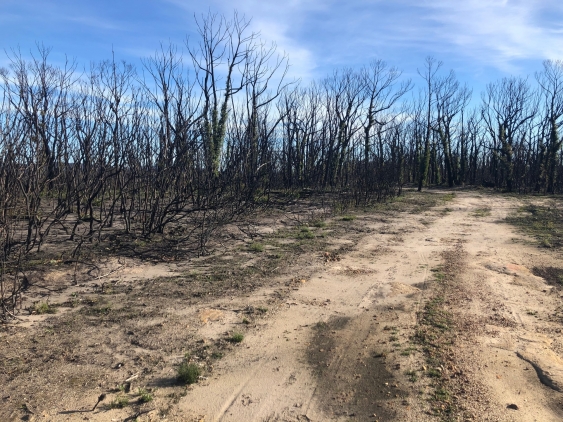 Professor Shawn Laffan from UNSW’s School of Biological, Earth and Environmental Sciences received $858,900 for a project which will assess the impact of the bushfires on invertebrate taxa in NSW North East Forests and select sites for restoration projects. Prof. Laffan will partner with the Australian Museum.

“Insect taxa such as bugs, beetles and snails are important in the functioning of forest ecosystems. Along with other invertebrates, they provide essential services such as pollination and nutrient recycling, and are key species in food webs,” Prof. Laffan said.

The wildfires of 2019/2020 in the forests of the Great Dividing Range of New South Wales impacted hundreds of invertebrate species. Much of this area was previously surveyed for invertebrates by UNSW and the Australian Museum, including a survey of the North East Forests in 1993.

This project will develop a spatial, taxonomic and ecological information system to re-assess invertebrates in these areas, using data from the 1993 survey to determine the effect of the 2019-2020 mega-fire on these rarely studied species.

“Our project will address insect conversation in NSW on a scale not previously imagined. This is timely and critical given the scale of the wildfires of 2019/2020 and their potential impact on the state’s biodiversity. Our team from UNSW and the Australian Museum is gearing up to provide critical information for future management of the forest ecosystems and the thousands of species that they harbour,” Prof. Laffan said.

The project will nominate threatened invertebrate species and a selection of sites for active restoration projects. It will work with local and Indigenous communities and partner with a citizen science project to train local communities to help monitor these species. The project team will develop an invertebrate conservation framework, from the science bench to smart phone apps.