You can support career development by nominating a deserving scientist, innovator or science teacher for recognition through a prize or award. 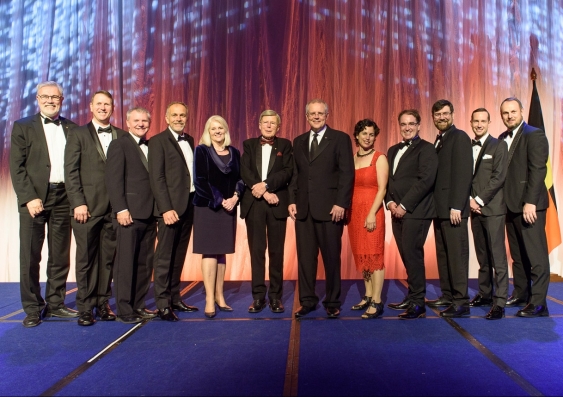 Only two women are in this photo from the 2018 Prime Minister’s Prizes for Science award night: Minister Karen Andrews, and 2018 Life Scientist awardee Lee Burger. Image from Commonwealth Department of Industry, Innovation and Science

In Australia, only 16% of STEM graduates (Higher Education and VET) are women, and 27% of the total STEM workforce is female.

So how can Australians support women in science, technology, engineering and maths (STEM)? Nominating and supporting them in applications for high profile opportunities, prizes and awards is a great place to start.

The economic imperative for greater female participation in STEM is overwhelming. According to PricewaterhouseCoopers, upskilling just 1% of the Australian workforce into STEM roles would add $57 billion to Australia’s gross domestic product over 20 years.

But increasing gender equity in STEM matters beyond just economics. As a society we have a moral duty to make sure that women can participate equally in the high‑growth areas of technologically-skilled jobs. We should not put up with a situation where half the population is ill‑equipped to take part in vast areas of employment as technology rapidly evolves.

In December 2018, I was appointed as the Australian Government’s Women in STEM Ambassador. My role is to advocate for gender equity in STEM, increase awareness of opportunities for women in STEM, build the visibility of women working in these fields and drive cultural and social change.

Relatively low representation of women in STEM careers has many well documented causes.

One reason that makes its presence felt at an early age is lower self-efficacy (the belief in your ability to succeed) experienced by young women, compared to young men in mathematics and the physical sciences.

Publicly recognising female excellence and leadership in STEM can go some way towards addressing this issue.

Representation in public life can also provide a strong set of role models to young women and shine a light on career paths that may not feel achievable. Promotion of role models also helps retain women in STEM careers by defying gender stereotypes and reinforcing that successful STEM careers are possible.

What is being done to improve the visibility of female STEM role models? There are many exciting projects currently underway that provide a platform for women in STEM professions.

One is the ABC’s recent push to sign up more female subject-matter experts, given that only 26% of media mentions in relation to STEM stories in Australia are female..

The Australian Academy of Science’s upcoming STEM women database will offer a similar service, by collating information on verified female experts who can be contacted for academic, consulting or media projects.

Science and Technology Australia’s Superstars of STEM program is providing training and opportunities for 60 female STEM practitioners in the latest round of their program. This will hopefully propel many of them into the public eye, improving gender balance in the STEM media for future generations.

And the winner is…

Public awards and honours are another excellent avenue for celebrating female STEM talent. The most well-supported national awards provide media coverage, prize money and an increased platform for recipients to pursue projects for social benefit related to their area of expertise.

My 2016 award of the Eureka Prize for Promoting Understanding of Australian Science Research led to several exciting and unexpected career opportunities for me, including media and public speaking engagements that raised the profile of my science.

The Tall Poppy Awards also engage the public in celebrating scientific excellence and recognise its importance in forming public policy.

Arguably the highest-profile accolade is the Prime Minister’s Prizes for Science. With a total award fund of $750,000 given to outstanding scientists, innovators and science teachers, they have the biggest budget in the business. Winning a PM’s Prize is often life-changing, leading to new opportunities and greater impact for the recipient’s work. 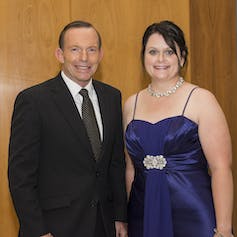 For example, Sarah Chapman won the 2013 PM’s Prize for Excellence in Science Teaching in Secondary Schools. Subsequently selected as a Queensland Government Science Champion, her innovative teaching strategies were featured on ABC’s Lateline.

In 2016, Chapman was awarded a Barbara Cail STEM Fellowship and travelled overseas to gather evidence of international best practice in STEM education. With fellow recipient Dr. Rebecca Vivian she released a report: Engaging the Future of STEM: A study of international best practice for promoting the participation of young people, particularly girls, in science, technology, engineering and maths (STEM), which has contributed to the formulation of national STEM engagement policy.

In 2017, Jenny Graves was the first solo female recipient of the Prime Minister’s Prize for Science.

Awards are effective methods of recognition since they acknowledge and reward excellence in research, teaching and innovation and share the contemporary stories of STEM excellence with the public. By publicly recognising women’s achievements in science we reflect the collaborative and diverse nature of the field today and boost the careers of their winners.

Women are less likely to be nominated for awards and when they do win, they are likely to receive less prestigious awards with lower prize money.

This International Women’s Day, you can make a difference by nominating a deserving scientist, innovator or science teacher for recognition.

There are only four days left to nominate for the Prime Minister’s Prizes for Science: they close on 12 March 2019. The Tall Poppy Science Awards close on 10 April 2019, and the Eureka Prizes close 3 May 2019.