With today marking 60 years of international collaboration in Antarctica, melting of Antarctic ice poses one of the greatest threats to the world, UNSW’s Matthew England will warn at a conference being held at UNSW. 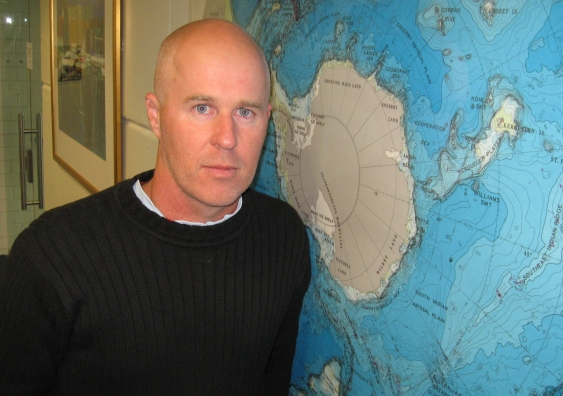 With today marking six decades of successful international collaboration in Antarctica, the melting of Antarctic ice poses one of the greatest threats to the modern world, UNSW’s Matthew England will warn at an international conference being held at UNSW

“Antarctica locks up more than 50 metres of global sea-level, and we know from past climate records that when the earth gets hot enough all of this ice can melt into the oceans,” says Scientia Professor England, of the UNSW Climate Change Research Centre and ARC Centre of Excellence for Climate System Science.

“We can now expect many metres of sea-level rise if we do nothing to limit atmospheric greenhouse gas concentrations. This will see virtually all of the world's coastal cities highly exposed to this threat.”

In recognition of his outstanding research, leadership and advocacy for Antarctic science, England was last year awarded the Tinker-Muse Prize for Science and Policy in Antarctica, administered by the Scientific Committee on Antarctic Research.

He will be presented with the prize today at the joint 25th AMOS National Conference and 12th International Conference for Southern Hemisphere Meteorology and Oceanography (AMOS-ICSHMO 2018) being held this week at UNSW.

The joint conference is the Southern Hemisphere’s largest meeting of meteorologists, oceanographers and climate scientists, bringing together around 600 delegates from 35 different countries to share the latest in the weather, climate and oceans sciences.

“The primary theme of the conference is translating our science into practical outcomes for the benefit of society,” says conference co-convener Dr Alex Sen Gupta from the UNSW Climate Change Research Centre.

“There will be bespoke sessions on improving urban environments, climate services for decision makers, impact and risk assessments of the weather extremes affecting the Southern Hemisphere, and integrating renewables into the energy system.”

Dr Sen Gupta says plenary sessions by world-class speakers, including Professor England, are a highlight. “Gavin Schmidt from NASA is one of the world’s most well-known and vocal climate scientists; Terry Hughes is the authority on the Great Barrier Reef; and Helen Cleugh is the leader of the new CSIRO Climate Science Centre, formed after the decimation of CSIRO climate science a couple of years ago.”

Professor England, who speaks today at 2pm, carries out research examining the ocean’s effect on Antarctic ice and says greater efforts are needed to observe, monitor, and understand this fragile part of the Earth's climate system.

"We are only just now discovering some of the ways in which the oceans can melt Antarctica's expansive ice shelves,” he says. “This region of the world is remote, hard to get to, and nearly impossible to measure long-term.”

Arctic ice loss is worrying, but the giant stirring in the South could be even worse