To determine why some people cannot create visual images of people, places and things in their mind’s eye, UNSW scientists are planning to conduct a world-first brain imaging study of people with this baffling condition, known as congenital aphantasia. 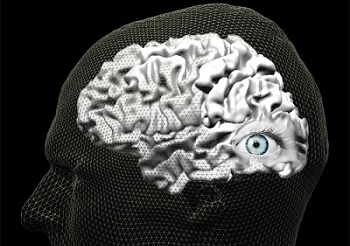 A team led by UNSW Associate Professor Joel Pearson has launched a crowd-funding campaign to raise money to carry out functional magnetic resonance imaging (fMRI) studies to try and understand the neurological basis of mental imagery.

People with and without congential aphantasia – which has only recently been recognised as a new condition – will participate. The findings could also have implications for common mental disorders such as schizophrenia and Parkinson’s disease, which are associated with disturbed mental imagery.

“Close your eyes and imagine a green apple floating in front of you,” says Associate Professor Pearson, of the School of Psychology at UNSW Science.

“The small number of people who have aphantasia are often very surprised to discover that most other people can easily do this.

“They say they have no visual experience at all. No matter how hard they try, they cannot picture an apple, or any other familiar object in their mind’s eye.”

Mental imagery is involved in many everyday tasks, such as remembering the past, navigating, and recognising faces, as well as in psychological treatments such as cognitive behaviour therapy.

However, little is known about the number of people with aphantasia, nor how it affects their lives, positively or negatively.

Some researchers have suggested people with aphantasia may be able to create mental images, but their problem is one of introspection, which means they cannot describe the images.

A recent study by Associate Professor Pearson and his UNSW colleague Dr Rebecca Keogh, however, suggests this is not the case and that people with the condition have no visual imagery.

“Current theories propose that when we imagine something, we try to reactivate the same pattern of activity in our brain as when we saw the image before,” says Dr Keogh.

“The better we are at this, the better our visual imagery is. It may be that people with aphantasia are not able to activate these patterns enough to see mental images, or they may use a completely different network of brain activity to imagine.”

The proposed fMRI study will try to uncover any structural and functional differences in the brains of people with aphantasia.

“The research could help us enrich the inner lives of people with aphantasia, enhance the visual imagery of other people, as well as have an impact on a range of disorders and treatments,” says Associate Professor Pearson.

“This is the first step towards the possibility of giving aphantasics the experience of imagery."

People who think they have aphantasia and are interested in participating in the research can contact the the laboratory at aphantasia@pearsonlab.org. The project is being crowd-funded on the everyday hero platform.

Don’t even think about it: why thought control is so difficult