Tampering with our climate to stave off the damaging effects of global warming is fraught with danger, write Erik van Sebille and Katelijn Van Hende. 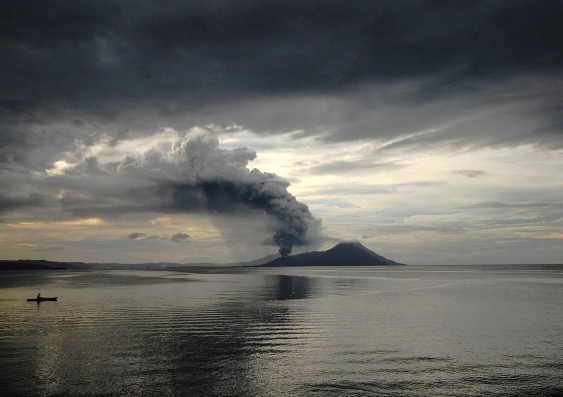 OPINION: Some people might argue that the greatest moral challenge of our time is serious enough to justify deliberately tampering with our climate to stave off the damaging effects of global warming.

Geoengineering, or “climate hacking”, to use its more emotive nickname, is a direct intervention in the natural environments of our planet, including our atmosphere, seas and oceans.

It has been suggested that geoengineering might buy us time to prevent warming above 2C, and that we should look at it seriously in case everything goes pear-shaped with our climate.

There are two problems with this argument. The first is that we already have an affordable solution with a relatively well-understood outcome: reducing our carbon emissions.

The second is that geoengineering itself is fraught with danger and that, worryingly, the most dangerous version, called solar radiation management, is also the most popular with those exploring this field.

In essence, solar radiation management is about mimicking volcanoes. Climate scientists have known for years that major volcanic eruptions can eject so much ash into the high atmosphere that they effectively dim the sun.

The tiny ash particles block the sunlight, reducing the amount of solar energy that reaches Earth’s surface. A major volcanic eruption like that of Mount Pinatubo in 1991 can cause worldwide cooling of about 0.1C for about two or three years.

As global temperatures will rise in the business-as-usual scenario, leading to a projected increase of almost 4C in the coming century, the ash of a few volcanic eruptions each year could theoretically offset the temperature rise due to the burning of fossil fuels.

Science has also taught us that depositing the ash, or something similar, into the high atmosphere is not very difficult. Some studies show that by using balloons, it could cost as little as a few billion dollars per year.

It certainly sounds like a much cheaper and easier approach than trying to negotiate a worldwide treaty to cut carbon emissions from nations across the globe.

Unlike global emissions cuts, geoengineering has the potential to be financed and implemented by a single wealthy individual, and can arguably be accomplished with a lot less effort.

If it is so easy, why aren’t we already pumping ash into the sky to dim the Sun? Perhaps predictably, it’s because this climate solution is likely to create new problems of its own.

The Intergovernmental Panel on Climate Change (IPCC) has completely rejected solar radiation management – not because it is too hard, but because there is no guarantee that the consequences will be benign.

There are three major problems that make this form of geoengineering so dangerous that, hopefully, it will never be used.

First, it does not address the root cause of climate change. It only addresses one of the symptoms: global warming, while failing to deal with related issues such as ocean acidification. This is because our carbon dioxide emissions will continue to build up in the atmosphere and dissolve in the oceans, making seawater more acidic and making it harder for species like corals and oysters to form their skeletons.

The second problem is also related to the continued build-up of atmospheric carbon dioxide. If, at some point in the future, we stop pumping ash into the skies, the ash will rapidly wash out from the atmosphere in a few years. Yet with atmospheric carbon dioxide levels even higher than before, Earth will experience rapid “catch-up” warming. According to the IPCC, this could be as much as 2C per decade – roughly 10 times the current rate. This would be very troubling, given that many species, including in places such as Sydney, are already struggling to adapt to the current pace of change.

Third, pumping dust into our skies will almost certainly change the weather. In particular, it is likely to alter the amount of rainfall from country to country. Some will become drier, others wetter, with a range of grave impacts on many types of agriculture. It is not yet clear how individual countries will be affected, but we know that unpredictable water and food supplies can provoke regional conflict and even war.

The precautionary principle has been embedded into national environmental laws and some international agreements (such as Article 3 (3) of the UN Framework Convention on Climate Change). While this principle impels countries to act to stave off climate harm, it would also arguably require geoengineering proposals to be scrutinised with care.

It is difficult to design cautious policies, or even draw up regulations, on issues like geoengineering, where the outcome can at best only be partly predictable. Policies and regulations should be designed to have an intended and purposeful effect, which geo-engineering at the moment cannot deliver.

Some researchers have gone as far as to brand geoengineering immoral, while the concept has also been described as an Earth experiment, in addition to the experiment already being done with greenhouse emissions.

The only thing we know for certain is that we need a lot more certainty before deciding to hack our climate.

Erik van Sebille is a Research Fellow and lecturer in Oceanography at UNSW.  Katelijn Van Hende is a lecturer in Energy Law and Geopolitics at University College London.