From paleontology and chemistry to computational mathematics and cellular immunology, four of UNSW's best young minds have been recognised with research excellence awards. 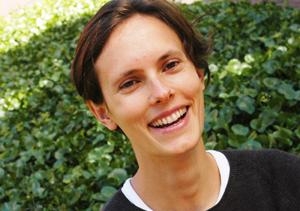 From paleontology and chemistry to computational mathematics and cellular immunology, four of UNSW's best young minds have been recognised by the Australian Academy of Science with prestigious early-career research excellence awards.

Associate Professor Gaus won the Gottschalk Medal for research in the medical sciences. She was nominated as “a leader in the field of cellular immunology and molecular microscopy, having revealed the role of cellular membrane organisation in signaling transduction processes within T-cells".

Dr Thordarson won the Le Fèvre Memorial Prize for research in basic chemistry. He was nominated for “outstanding, world-class contributions to molecular devices and materials using supramolecular and bioconjugate chemistry".

Dr Black won the Dorothy Hill Award for female researchers in the earth sciences including reef science, ocean drilling, marine science and taxonomy. A paleontologist, Dr Black was nominated for her pioneering research that adds to the fundamental understanding of changing palaeobiodiversity of the Riversleigh World Heritage Fossil Site in QLD.

Dr Dick won the Christopher Heyde Medal for applied, computational and financial mathematics. He was nominated as “a highly talented young numerical analyst whose research has brought exciting new insights and methods into the theory of high-dimensional integration".

Read the full story at the Faculty of Science newsroom.