Opinion Asteroid mining will happen … but Australia will miss the boom

Now that NASA has stopped funding Australia for near-Earth asteroid research, we’ll watch on as the rest of the world takes the next step in space exploration, writes Duncan Steele. 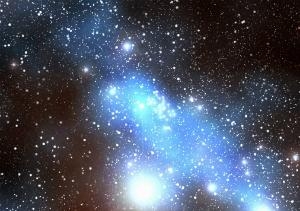 OPINION: There will be a future mining boom, as heralded in recent media stories. But this mining will take place in a location even more hostile than the Australian Outback – space.

More specifically, the ore bodies that comprise the myriad asteroids we now know are whizzing by our planet with alarming frequency.

The publicity blitz was provoked by the formation of a new US-based company, named Planetary Resources.

The company is backed by film director James Cameron and a host of well-known billionaires who made their fortunes in the aerospace and internet industries.

Planetary Resources has a seemingly unlikely aim, yet one that has been obvious to space scientists for at least 20 years: to mine near-Earth asteroids, which are composed of a wide variety of useful minerals.

One thing perhaps not made clear in the media furore, is the point of this mining. It’s not to divert the asteroids and bring them down to the surface of our planet, but rather to make use of their valuable constituents for utilisation in space.

When humankind starts its move off the earth we’ll need to start manufacturing various products in space, including high-quality alloys and electronics. On the larger scale we’ll also need to construct large, permanently inhabited off-planet islands and it will be near-Earth asteroids from which we derive the needed raw materials.

The reason for this is not a shortage of minerals and other necessary supplies down here on Earth, but rather the expense of getting them into space.

To get a rocket off Earth’s surface and into orbit we need to accelerate it to a speed of over 7.5km per second (or 27,000km/h). That is expensive, although launch costs have dropped in recent years to about US$10,000 per kilogram.

A cubic metre of water may cost you a few dollars from your bathroom tap, but the same volume would cost US$10 million to put into orbit. In fact, the cost would be even higher than that, due to the weight of the container needed to hold the water.

Space researchers quantify the needed energy, and therefore the rocket sizes required, in terms of the Delta-V (∆V): the overall change in velocity (or speed) needed to rendezvous with some celestial target.

Imagine you’ve sent a rocket on its way to the moon. To execute a soft landing on the lunar surface and then blast-off again, as in the Apollo Program, requires a Delta-V of at least 6km/s.

That’s a lot. Remember, it was not much more (7.5km/s) to get off Earth and into orbit in the first place. To get to (say) Mars, land on its surface and then launch again and return to Earth, would necessitate a far higher Delta-V.

On the other hand, we now know of asteroids that pass close by Earth with relative speeds (and therefore required Delta-V for rendezvous) of only 2km/s. This means they are the most accessible objects in space.

Don’t be fooled by the fact that they spend most of their time far away from us: in space it’s not distance that counts, but the necessary Delta-V.

The next cosmic objects on to which we will place astronaut footprints will undoubtedly be the asteroids. This has been foreshadowed in the rhetoric of NASA and indeed by President Obama himself (see video below).

Forget the Moon and forget Mars: the asteroids are our next stop.

It’s in this context that Planetary Resources' mining plans should be considered. The backers know these are to be the major targets of future manned missions. They also know the same asteroids are made of the metals, rock and other materials we will need to develop a permanent presence off our planetary home.

For instance, we know that water is present out there in abundance, and astronauts will need water for drinking, for growing food and for splitting into its constituent atoms to get oxygen to breathe.

Once upon a time Australia was well-placed to be involved in this future boom. In 1989 I began the first southern-hemisphere search for near-Earth asteroids. Indeed it was the first search outside the USA.

In 1996 the federal government cut all funding, despite protests from all around the globe, including from some prominent people such as the late Edward Teller, a Hungarian-American particle physicist.

NASA was so aghast at these funding cuts (because related NASA projects were dependent on our observing capabilities) that funding was delivered from NASA to the University of Arizona to the Australian National University to pay the two main observers on my project – Rob McNaught and Gordon Garradd – to keep searching.

But as the great New Zealand physicist Lord Ernest Rutherford once said, science is either physics or stamp collecting and merely spotting new objects is definitely the latter.

Because of this Australia lost its pre-eminent position in near-Earth asteroid research.

The view of the Australian government was clear. In response to another wave of letters from around the world in 2002, urging a resumption of scientific research on these objects, the then Science Minister, Peter McGauran, went on Channel 9’s 60 Minutes to describe searching for near-Earth asteroids as being “a fruitless, unnecessary, self-indulgent exercise”.

And now NASA’s funding to Australia for near-Earth asteroid research has stopped forever, while other nations forge ahead.

If science really is Australia’s future (as CSIRO says it is), the country doesn’t have a hope, at least in this field.

Instead, we’ll watch on as the rest of the world, including Planetary Resources, take the next step in space exploration.

Dr Duncan Steel is a Visiting Researcher at the Australian Centre for Astrobiology at UNSW.

Meet a real interstellar explorer – but its days are numbered