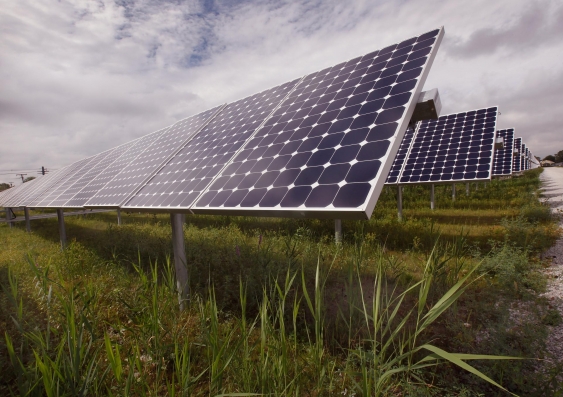 The first, currently being built at Nyngan, will be the largest solar PV farm in the southern hemisphere, producing 103 megawatts at peak capacity. This will be enough to power more than 33,000 average New South Wales homes, roughly equivalent to taking 53,000 cars off the road. Both projects have received federal and state funding, and have benefited from the Renewable Energy Target.

The Solar Flagships Program, of which the Nyngan plant is the major part, will also deliver a further 50 megawatt plant at Broken Hill, providing a combined solar power output 10 times larger than anything else ever built in Australia.

It is not just the sheer size of this project that makes it the potential tipping point for the Australian renewable energy industry. This project will once and for all answer the question of whether solar power can be a legitimate source of industrial scale energy in this country, and if such projects can be technically, commercially, socially and environmentally viable.

Plenty of sun, slow on solar

If there is one natural resource above all others which Australia possesses in abundance, it is sunshine. The integration of large-scale wind farms into the Australian energy mix has been a reality for the past decade, yet the same cannot be said for solar energy. So far it has only been harvested by small-scale residential and commercial applications, most commonly rooftop solar and hot water systems.

While projects of similar size and scale have been built in other parts of the world (notably Germany and the United States), the Australian context is one of relatively high network distances and very low population densities. The area covered by the National Electricity Market accounts for about 20 million people. An equivalent network in Europe would cover around 300 million.

This throws up myriad technical and commercial issues and challenges unique to our energy system that must be addressed.

The other big question of course is whether such a project will be commercially viable. Given that such an ambitious project has never been undertaken in Australia, it is not surprising that industry players could not justify the massive capital investment needed for such a project.

This is why it was necessary for the Commonwealth and NSW governments to step in to share some of the risk. The Australian Renewable Energy Agency is contributing A$166.7 million, the state government is contributing A$64.9 million in grants and a further A$40.7 million will be contributed by the federal Education Investment Fund.

In this context, it would make sense if the Large-Scale Renewable Energy Target, or a more efficient scheme with similar aims under the Direct Action Plan, should be retained. Whatever the policy settings deemed appropriate for the renewable energy sector, it is vital that governments provide certainty through a clear long-term vision, allowing the market to respond with appropriate investment in an environment where risks are understood and returns can be maximised.

This may be seen as yet another case of public subsidies for renewable energy. But one-off support for pilot large-scale solar projects is a far more efficient way of supporting the realisation of Australia’s greenhouse emissions reduction targets than continuing subsidies for small-scale distributed generation.

Put simply, the Solar Flagships project has the potential to prove to industry that large-scale solar is a sound commercial investment, and if this is indeed proven, then there will be more winners than losers.

Part of the energy puzzle

Furthermore, such large solar infrastructure will hopefully help to develop Australia’s skills base in this field, helping to drag the country’s quantum of smart, green jobs somewhere closer to major international competitors’.

Solar PV is a vital piece of the energy puzzle, as the fossil fuels we have relied on for decades to produce our electricity will be slowly phased out due to either increased cost or unacceptable environmental impact.

The need for a concerted effort to make solar power work in an industrial context is key to securing reliable, affordable and sustainable energy supply for Australia. The first sods of earth that are turned at Nyngan will hopefully be looked back upon as a critical step in that journey.

Vassilios Agelidis is Professor of Power Engineering and Director of the Australian Energy Research Institute at UNSW.