A major new scientific review, involving more than 30 experts from Australia, New Zealand and the Pacific Islands, sets out our current knowledge of the impacts of climate change on biodiversity. 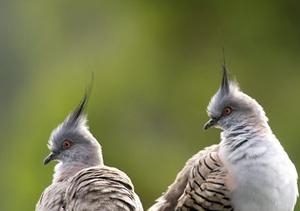 A major new scientific review, involving more than 30 scientists from Australia, New Zealand and the Pacific Islands sets out our current knowledge of the impacts of climate change on biodiversity in the latest special edition of the scientific journal Pacific Conservation Biology.

The special issue, launched at the International Conference for Conservation Biologists in Auckland, also presents options for governments managing complex ecosystems in the face of the threat from climate change.

One of the two main editors, Professor Richard Kingsford, Director of Australian Wetlands and Rivers Centre at the University of New South Wales says: “Biodiversity in our region is already severely impacted by habitat loss, pollution, feral animals and weeds and overharvesting. Climate change impacts just make these problems much worse”.

Eight scientific reviews focus on current scientific understanding of climate change in Australia, New Zealand and the Pacific Islands and also how this varies on land, sea and freshwater environments.

Not unsurprisingly, all papers identify temperature rise and sea level rise as having considerable impacts on biodiversity.

“People and their environments on Pacific Islands have been in the vanguard of global impacts of climate change and this is predicted to worsen as sea levels rise. Beach nesting turtles and seabirds and freshwater wetlands are particularly vulnerable,” says Kingsford.

The other editor, Dr James Watson of the Wildlife Conservation Society and President of the Oceania Board of the Society for Conservation Biology, warns that climate change impacts affect land, marine and freshwater environments in many different ways.

“Temperature rises on terrestrial environments are going to change where animals and plants can live in the future, with some species particularly vulnerable to extreme temperatures,” Dr Watson says. “In marine systems, sea level rise and the impacts of temperature and acidification on coral reef systems are of particular concern. Our freshwater rivers and wetlands are also extremely vulnerable to rising temperatures and changes to rainfall beyond the tolerances of many different organisms.”

The consequences of climate change are inevitable, given the lack of effective global initiatives to limit greenhouse gases and so all the papers also canvas adaptation options for environments and governments, according to Kingsford.

“There are some obvious things we can do,” he says. “If we stopped unsustainable practices - such as developing rivers, clearing vegetation and destroying marine habitats - we would make for much more resilient environments.”

Dr Watson says there are many ways of effectively planning for the future: “We should be increasing our national park areas, connecting fragmented parts of the landscape and restoring degraded habitats. For some iconic plants and animals, we may even have to translocate them from places where their tolerances are exceeded.”

The special issue of the journal provides a clear signal to Oceania region governments and communities about the pressing impacts of climate change on biodiversity and the challenges it presents, says Kingsford.

“There are opportunities to mitigate some of these impacts but it requires planning now, not when future generations inherit the problem.”