Opinion Can we do without a clean energy finance bank?

The Renewable Energy Target does a good job supporting wind power, but other agencies are needed to get a diversity of renewables, writes Jenny Riesz. 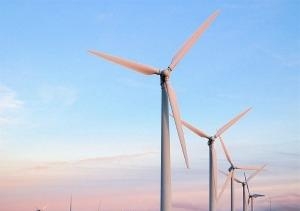 OPINION: The Opposition has clearly stated its intention to remove the Clean Energy Finance Corporation if it takes government at the next election. Will the Coalition introduce another mechanism to take its place? How will an Abbott Government make sure Australia brings to market the diverse range of renewable technologies we need to transform our energy sector?

Last week Opposition resources and energy spokesman Ian Macfarlane said an Abbott Government would support the Australian Renewable Energy Agency (ARENA). But the Opposition remains opposed to the Clean Energy Finance Corporation (CEFC). According opposition spokesman for Climate Action, Environment and Heritage, Greg Hunt, the Clean Energy Finance Corporation is “putting at risk $10 billion of borrowed taxpayers’ money”, and is a “direct competitor to those already in the renewable sector”.

The corporation aims to “plug the gap” in Australia’s renewable investment landscape by providing targeted support for emerging technologies as they approach commercial deployment. Renewables at an early stage of research and development can get grant-based funding through ARENA. Mature renewable technologies are deployed under the market-based Renewable Energy Target. But the corporation aims to support technologies in the so called “valley of death” between by providing “innovative financing” to bring emerging technologies to commercial deployment.

The corporation does not provide grants. It is designed like a “green bank”, providing loans for clean energy projects. Loans must be ultimately paid back, and the corporation is expected to make a return over the investment portfolio. Dividends will be paid to ARENA. The intention is to provide an ongoing, self-supporting scheme that keeps producing renewable technologies over the long term without being a drain on taxpayers.

The corporation is required to co-finance projects with the private sector so that support does not displace private investment. Schemes of this sort have been or are being established around the world (such as the UK Green Investment Bank and the US Green Bank), and in Australia (such as the Low Carbon Australia fund, which achieved a private investment ratio of 13:1).

Without the corporation, the Renewable Energy Target will support significant deployment of the most mature renewable technologies. This likely to be mostly wind generation. However, as recently reiterated in detailed modelling by the Australian Energy Market Operator, a reliable renewable power system needs diversity. Wind still has room to expand significantly, but ultimately we will need a diverse mix of technologies such as photovoltaics, solar thermal, biomass, geothermal, wave andstorage technologies.

Last week, it was suggested that the corporation’s first investment would be a $100 million-plus loan to the 420MW Macarthur wind farm project in Victoria. Wind farms are viewed as a mature technology that is already being deployed in Australia without corporation support, so this has raised concerns that the corporation could undercut existing lenders, investing public money in projects that could have been supported by private investment alone. There are also concerns about transparency, with corporation deals being negotiated on a case-by-case basis behind closed doors.

There is certainly no lack of proponents keen to take advantage of what the corporation offers. One hundred and fifty projects with a total capital cost of more than $10.5 billion have already expressed interest since the corporation launched in April.

Analysis by Ernst & Young shows that the corporation has increased private sector interest in investing in renewables in Australia. And that has increased Australia’s “attractiveness” in the global renewables investment market, pushing us to fourth place (below the US, China and Germany).

Ongoing policy uncertainty due to the lack of bipartisan support for the scheme undoubtedly undermines market confidence. However, Oliver Yates, the CEO of the corporation has said he believes that the Opposition’s view is based upon “preconceptions” that no longer apply now the CEFC is in operation with a clearly defined investment strategy and approach.

The Opposition has said it will not honour contracts written by the corporation, discouraging companies from investing in projects reliant upon those contracts. Although Yates acknowledges that this is possible, he suggests that this would be an unusual precedent that could threaten the attractiveness of any government contract in future.

If the Opposition does remove the corporation, the underlying issue will remain to be addressed. In order to effectively transform our electricity sector, Australia needs a diverse range of technologies reaching commercial deployment, and this will require an appropriate support mechanism.

Jenny Riesz is a Research Fellow in the Centre for Energy and Environmental Markets at UNSW.