The real impacts of the carbon price will emerge over the coming decades with growing pressure to transform our economy, write Jenny Riesz and Roger Dargaville. 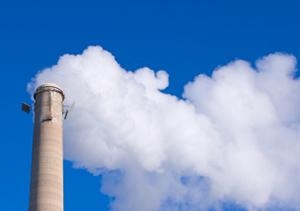 OPINION: Australia’s carbon pricing mechanism has been vilified by the Federal Opposition and certain members of the business community, but it is a key part of Australia’s response to climate change. So one year on, where does it stand?

Far from being “absolutely catastrophic” and a “wrecking ball” to the economy as initially predicted by Tony Abbott, the Australian economy is still ticking over much as it was. Anyone with genuine concerns on the impacts of the carbon price should be comforted by experience to date, and those engaging in fear mongering will need to find a new story.

Tempting though it is to try to attribute various changes in the economy to the carbon price, it is remarkably difficult to unpick the many factors at play. Our economy is an immensely complex system, and the carbon price is but one influence among many.

In fact, the carbon pricing scheme was actually designed to have a relatively smooth and non-disruptive entry into the economy. It should start slowly, and pick up momentum over time as businesses adapt and become increasingly equipped to respond. The real impacts will emerge over the long term, affecting long-lived infrastructure in sectors such as electricity. The carbon price should provide gentle, firm and growing pressure to transform our economy over the coming decades.

The electricity sector is one of the most important areas where the carbon price needs to have an effect. More than one-third of Australia’s emissions come from our predominantly coal-fired power system. So while we carefully acknowledge that the carbon pricing scheme is a long-term mechanism and we shouldn’t expect dramatic outcomes immediately, it’s interesting to explore what the impact of the carbon pricing scheme may have been over the past year.

The greenhouse emissions from the National Electricity Market (covering around 80% of electricity supply in Australia) showed a 7% reduction from 2011-12 to 2012-13. However, much of this is due to demand, which reduced 5% over the same period. According to the electricity market operator, the reasons probably include dramatic increases in rooftop solar, customer responses to higher prices (mostly caused by rising network costs), increasing incentives for energy efficiency, and reduction in industrial and manufacturing loads (driven by the high Australian dollar).

Much of the remaining reduction in emissions is probably related to significant increases in renewable generation over the past year. Some of this is from an increase in wind generation (driven more by the Renewable Energy Target than the carbon price). A significant proportion comes from increases in hydro generation, a consequence of annual variability in hydrological inflows.

Although the carbon price is probably a relatively minor factor in the emissions reductions we’ve seen over the past year, there has been some re-shuffling of the dispatch order, reflected in the total volume generated by each power station over the year. Figure 1 shows the percentage change in annual generation at a selection of the biggest generators in 2012-13, compared with the average of the previous three financial years. Generators are ordered firstly by region, and secondly by emissions intensity (graphically depicted for each generator in the graph here).

But there are many exceptions to the trend, with even some of the lowest emitting generators showing a reduction in generation in the past year and vice versa. This is at least partly due to the transmission network’s physical limits, which constrain how much the dispatch order can change. Consider the case of Victoria. The Victorian generators use lower quality brown coal, and are therefore among the most emissions intensive in the grid. You can reduce generation at the most polluting power stations in Victoria, but the others in that region then need to keep operating at close to previous levels because there are limits to how much power you can import over the grid from South Australia and New South Wales. This means that many of Victoria’s generators are minimally affected, despite being some of the most emissions intensive in the grid.

Furthermore, it’s important to acknowledge that many of these changes in dispatch are not solely due to the carbon price. For example, much of the drop in generation at Yallourn power station is due to flooding that put several units out of service. In South Australia, a high supply of wind is causing low prices, and Northern power station has responded by withdrawing units from the market during low demand seasons.

Although it’s difficult to point to concrete short term changes in the electricity market, the carbon price is having an impact on long term investment decisions, which is where the real benefits will start to play out. The economics of power systems mean that it’s much easier to materially affect the investment decisions for a new plant than to affect the short-term dispatch decisions of an existing plant. It has been argued that this already means wind is now cheaper than coal if you’re building a new plant, due to the very large impact of the carbon price on financing costs for emissions-intensive generation options.

The market is clearly responding to long term investment signals towards lower emissions generation. The vast majority of new plants in the planning stages are either renewable or gas-fired. Here again we must acknowledge complexity and the contribution of many factors – much of the investment in renewables is driven by the Renewable Energy Target scheme, and could not be supported by the carbon price alone at this stage.

But the lack of proposals for significant new coal-fired plant is a good indication that the carbon price is having an influence over investor decisions. This is where the real pay-off lies – by avoiding the installation of more coal-fired generators we avoid the very significant greenhouse emissions that would result from those power stations over their 30-year-plus lifetime.

This highlights an underlying truth – the intention of the carbon price is to drive a long term transformation of Australia’s economy. This means that whatever happens to the carbon price in the next few years, it’s the long term policies we put in place to respond to climate change pressures that will ultimately have significance.

We acknowledge the use of NEM-Review software supplied by Global ROAM for electricity market analysis.