Conservation in a crowded world

From new ways to protect snow leopards in the Himalaya to keeping native Australian mammals as pets, Asia-Pacific communities are rising to the challenge of reconciling conservation with development. 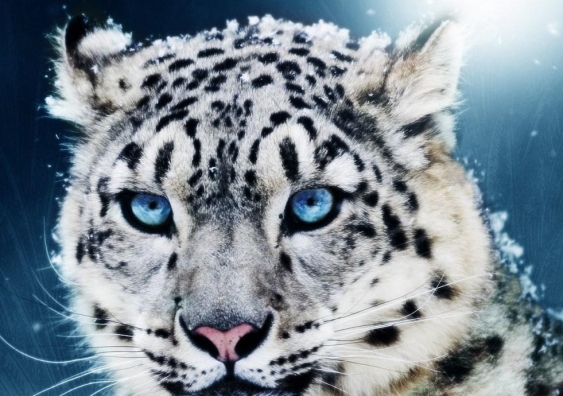 A new book explores how different communities in the Asia-Pacific have responded to the pressing challenge of reconciling conservation with development.

Conservation in a crowded world, case studies from the Asia-Pacific, is published by UNSW Press and was edited by three academics from the UNSW Institute of Environmental Studies.

Researchers from Australia, China, Bangladesh, Bhutan, India, Sri Lanka, Thailand, and Vietnam, including UNSW scientists and PhD students, have contributed to the landmark publication, which was launched by UNSW Dean of Science, Professor Merlin Crossley.

The traditional approach to conservation of biodiversity has been to separate people from nature, with the establishment of protected areas, such as national parks and World Heritage Areas.

While this remains essential, different strategies are also needed in the many landscapes where people and natural systems must coexist, the researchers say.

The successful protection of snow leopards on the high Himalayan plateau of northern India is one case study. Grazing by domestic animals had reduced the availability of native prey for the leopards, so they attacked sheep and cattle instead. Farmers, in turn, hunted the leopards.

A program where domestic animal pens were covered at night and people were compensated for stock losses as long as they did not shoot leopards helped restore their numbers, allowing an ecotourism program to be established.

Other examples include the management of wild elephants in Sri Lanka, arsenic contamination of drinking water in Bangladesh, and possibly the world’s biggest landscape restoration program to regenerate the vast, eroded Loess Plateau region of north-west China.

Control of feral animals by the Aboriginal traditional owners of Angas Downs station in central Australia and the merits and dangers of allowing native Australian mammals, such as quolls and bilbies, to be sold as pets are among the local case studies.

Dr Cooney says the traditional approach of creating reserves is unlikely to protect more than about 10 per cent of the land and sea. More complex conservation solutions, specific to each case, must be found for landscapes where people work, live and rely on natural resources for their livelihoods, or are in conflict with wild animals.

The researchers stress it is important that the local people are involved in the planning and implementing of these conservation measures, and that their socio-economic situations be taken into account.

“The threats to nature are caused by people. To understand how to change them we need to understand people’s behaviour, their motivations and their needs,” Dr Cooney says.

“The solutions won’t be perfect. We won’t save everything, and there will be trade-offs between people’s needs and conservation needs.

“But that is still a lot better than the lose-lose solutions we’re seeing in a lot of the world at the moment.”

Professor Crossley says the book’s scientific documentation of a diverse range of projects will help inspire other communities in our region to follow similar approaches.

“Australia has a special role to play in the Asia-Pacific and it is great to see the staff of the Institute of Environmental Studies focusing on this area.”

Institute director, Professor Graciela Metternicht, says the book has a positive message: “The future is not as bleak as it is frequently painted.”