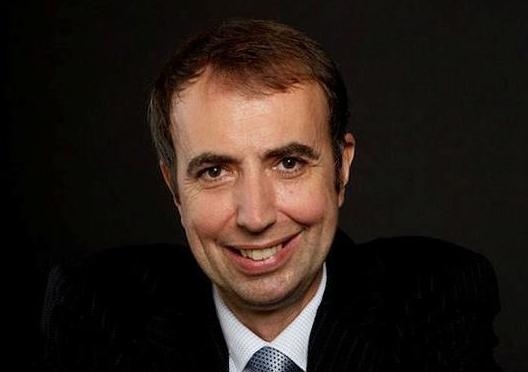 OPINION: I’m not sure who wrote the latest anonymously published scientific satire — Duronimus Karlof, Critical Mass — but I can be pretty certain it wasn’t Jane Austen. It’s closer to Voltaire’s Candide and it successfully ridicules big science and research politics while demonstrating that sometimes bold ideas deliver.

Duronimus Karlof sounds like a cross between a chess champion and new element in the periodic table but here he is a professor of physics at Harvard who comes across a postmodern plan in the faculty of arts to stand up to the laws of nature. In the opening scenes of the novel the first and only attempt to beat the law of gravity by the plan’s leader, Sandra Hidecock, ends in disaster as she plummets to her death.

Duronimus is inspired to take up the challenge. Rather than enlisting the top researchers — who presumably are all busy with their own work — he recruits a collection of mediocre and disgruntled academics who go about making the plan a reality. Their goal is not just to achieve what is practically impossible to but do things that are by definition impossible.

I, for one, was quite surprised when they succeeded.

The biting prose and offhand gibes are relentless and the entire work is dotted with insightful observations about how science and, more important, big human projects work. There are representatives of every level of operation, from hands-on researchers and university leaders to government and military bureaucrats. The president of Harvard, Emmanuel Porphyrin, is a key figure who is described as being “unusually for Harvard presidents, widely admired within the Harvard community”. Hidecock’s research student, Amelia, is praised as “a gifted user of the passive voice and has a flair for vapid phraseology”.

The government follows Parkinson’s law: when you have invested enough money in something, you have a vested interest in seeing it succeed.

The Defence Department pursues a highly secure policy of broad ignorance and arbitrary decisions called “don’t know, can’t tell”. This pretty much ensures that decisions are not based on evidence.

There is a battle between different states, as sometimes happens with big science projects, and in the end a new facility is built in Arizona.

One local farmer wryly explains that it is so big that it is sucking all the greenbacks out of the universe — in DC they can’t print money fast enough to pay for it.

But does astute observation, intelligent writing and cutting satire tell us anything useful about how science works and how to communicate it to the public?

Most important, there is a warning here about big science. The new cliche about networks and interdisciplinary teams is pilloried mercilessly: “The emerging view that creativity is the product of communication, not contemplation, and that interaction is always more important than individual thought. They want big teams with big ideas that cross ­disciplines.”

Sadly, since one can much more easily assess the size of a team and defend that decision, weak leadership will always mean that large networks trump individual creativity and excellence.

There are also comments about the outcomes of research and a statement that no one who has made claims about the future utility of their research has ever strictly believed them.

While this sounds bad, it derives from the simple reality that science involves the unknown and the unpredictable. It is different from engineering and medicine. In science one simply cannot foresee the future and fortunately most, but not all, scientists are cautious about making bold claims. Unfortunately, they run the risk of being overtaken by those who are less cautious.

A starkly contrasting truth is that bold ambitions can deliver, often in very unexpected ways. As the author points out, “The only important thing in science is to ask the right question. If you can do that the answers usually just fall into place.”

The author gets a lot right, but not everything. At times, the text is too clever and relentlessly dense with satire so the human narrative and characters seem to be left behind. Overall the view that “in academic life friendships are born of misery and success is a universal fuel for animosity” made me laugh because, while it is true sometimes, it is not universally so.

There are some in science who are more like the ultimate heroes of this narrative. Some who “live not for the future and the greater glory of mankind but for the present and those around them”.

If you are interested in research and policy, and you know such people, and they are thoughtful and intelligent folk who like a good read, you could do worse than giving them this book for Christmas.

Professor Merlin Crossley is Dean of Science at UNSW. This article first appeared in The Australian newspaper.