Members of the public have the opportunity to financially support younger scientists who want to carry out cutting-edge research, with the launch of a new crowdfunding platform – Thinkable.org – created by UNSW scientist Dr Ben McNeil. 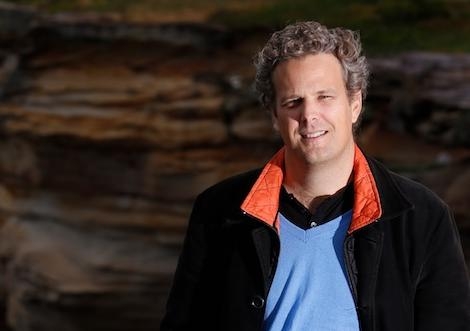 Members of the public have the opportunity to financially support younger scientists who want to carry out cutting-edge research, with the launch of a new crowdfunding platform called Thinkable.org.

“Government research grants tend to favour established researchers over younger ones with a passion for discovery. Failure, risk-taking and pursuit of crazy-sounding, but potentially transformative, ideas are not supported under the current system,” says Dr McNeil, a QEII Research Fellow in the UNSW Climate Change Research Centre.

“But failure – paradoxically – is the basis of success. If researchers are not testing new ideas and failing, then they’re not innovating; they’re just making incremental advances in knowledge.”

More than four out of five applicants for competitive government research grants are unsuccessful, on average, and the new crowdfunding model is designed to complement, not replace, this system.

UNSW Pro-Vice-Chancellor Professor Mark Hoffman says the University is proud to be a launch partner. “With success rates for competitive grants falling to record lows, particularly for early career researchers, we need to look at innovative new ways to support research.”

To join the Thinkable.org platform, scientists need to be working in a university or research institution and have at least two referees who endorse their project.

The first scientists who will showcase their research are five UNSW Gold Star recipients – researchers who have already been awarded up to $40,000 by UNSW because their projects were highly ranked by either the Australian Research Council or National Health and Medical Research Council, but just missed out on funding.

Researchers from Australia and around the world who join the platform will provide regular updates on their progress as well as short videos on interesting aspects of their research.

“The initiative will not only accelerate discovery, it will build greater trust and communication between scientists and the public, by democratising science,” says Dr McNeil.

What is Thinkable? Watch research videos and hear from UNSW researchers about their projects: http://thinkable.org/organisation/UNSW