Professor Michelle Simmons is Editor-in-Chief of a new international quantum research journal, launched at UNSW by the Federal Minister for Education Christopher Pyne. 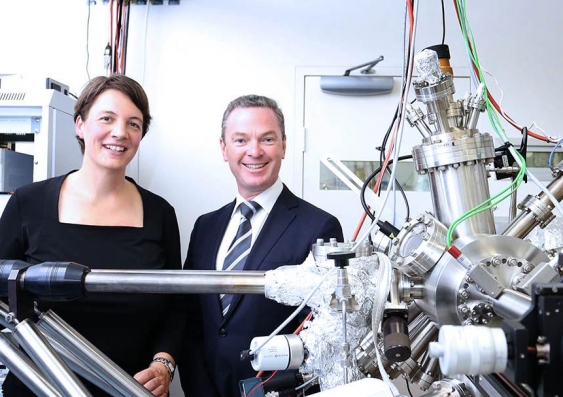 A new scientific journal focusing on the rapidly developing areas of quantum research that promise to revolutionise the processing and transmission of information has been launched today at UNSW by the Federal Minister for Education Christopher Pyne.

npj Quantum Information is an international open-access journal and the first Nature Partner Journal based in Australia.

Professor Michelle Simmons, Director of the Australian Research Council Centre of Excellence for Quantum Computation and Communication Technology at UNSW, has been appointed to the prestigious role of Editor-in-Chief of the journal.

Recent advances in instrumentation mean matter can be manipulated at the smallest scales – at the level of single atoms of matter or single photons of light. Scientists predict these areas of research will bring dramatic increases in computational power, and the ability to transmit information absolutely securely.

Professor Simmons said: “The 21st century will be the quantum information century, as the properties of quantum physics are exploited to develop powerful new, secure technologies for transmitting and processing information. New commercial and intellectual opportunities are emerging for nations that are able to discover, patent and exploit technologies in these areas.”

She highlighted the importance of the open access model for scientific journals: “While discovery is converging across fields, advances are still reported in disparate journals.

npj Quantum Information aims to change that, providing an open-access home for all aspects of this rapidly developing discipline.”

“The ARC plays an important role in the global research effort – the race to develop the quantum computer could be the space race of the 21st century,” said Federal Education Minister, the Hon Christopher Pyne MP, who toured the ARC Centre of Excellence laboratories at UNSW.

“Australia has a reputation for excellent research of international standing. The ARC Centre of Excellence for Quantum Computation and Communication Technology is strengthening this reputation and the new Nature Partner Journal will provide an important focus on this rapidly changing and exciting area of research,” he said.

David Swinbanks, Managing Director of Macmillan Science and Education, Australia and New Zealand said: “This launch is particularly exciting because it is our first partner journal partnered with an Australian institution.

“npj Quantum Information will be open access, free immediately upon publication for anyone who wants to read it. The open access model is especially important in the field of quantum information where the research is growing rapidly but has historically been fragmented. Our hope is that open access will stimulate sharing of ideas across these communities. Additionally, it will facilitate knowledge transfer to up and coming entrepreneurial businesses that are springing up in this area,” Mr Swinbanks said.

npj Quantum Information is now accepting submissions. Professor Simmons anticipates that the journal willpublish papers from both fundamental and applied areas, which could include reports about the fundamental relationship between quantum mechanics and information, the practical steps that are being taken to realise a quantum computer, algorithms opening new pathways for quantum information processing, exquisitely sensitive quantum sensors, the development of secure quantum communications across a global scale and emerging applications of quantum entanglement such as teleportation.

Professor Simmons is a world leader in the field of quantum computing and holds an ARC Laureate Fellowship at UNSW. She has published more than 350 papers in refereed journals including Nature, Nature Nanotechnology, Nature Physics, Nature Materials and Nature Communications. In 2012, her research group developed the world’s smallest transistor, marking a technological achievement 10 years ahead of industry predictions. Her laboratory is the only one in the world able to make atomically precise devices in silicon, including the thinnest conducting wires yet produced, which are 1000 times narrower than a human hair. A member of the Australian Academy of Science since 2006, she was named NSW Scientist of the Year in 2012. In 2014, she became an elected member of the American Academy of Arts and Sciences.

For more on the journal check the website: www.nature.com/npjqi/ 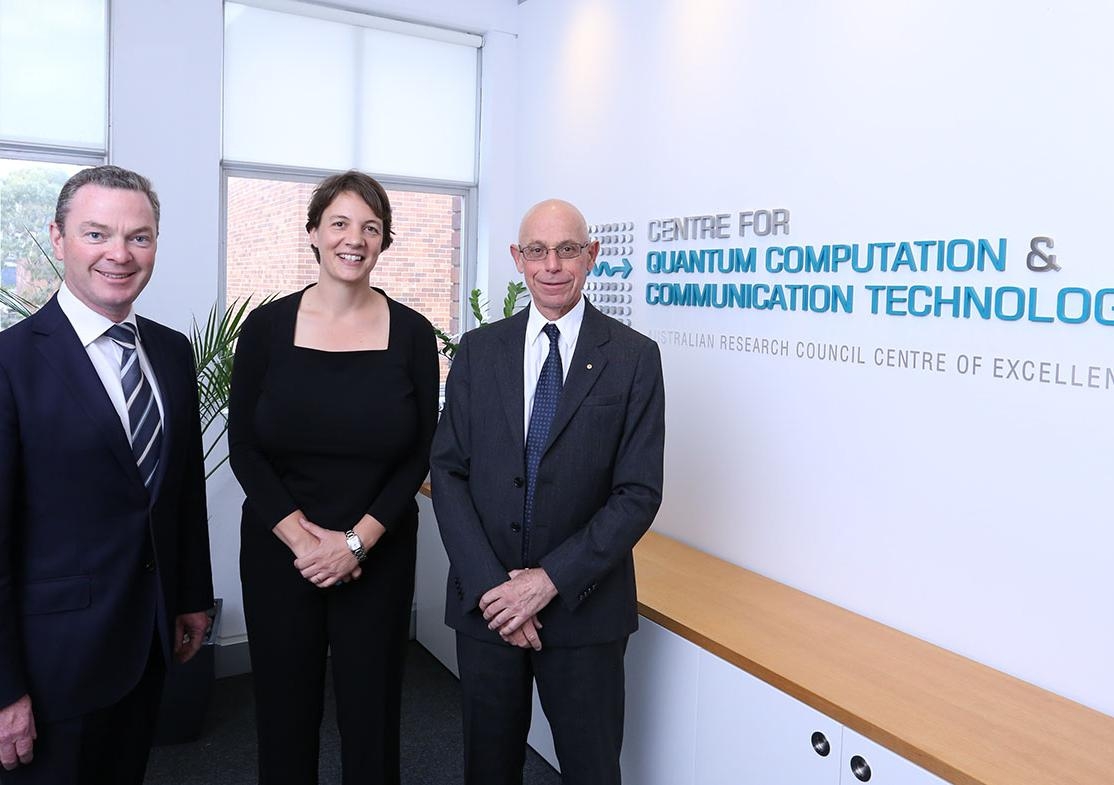 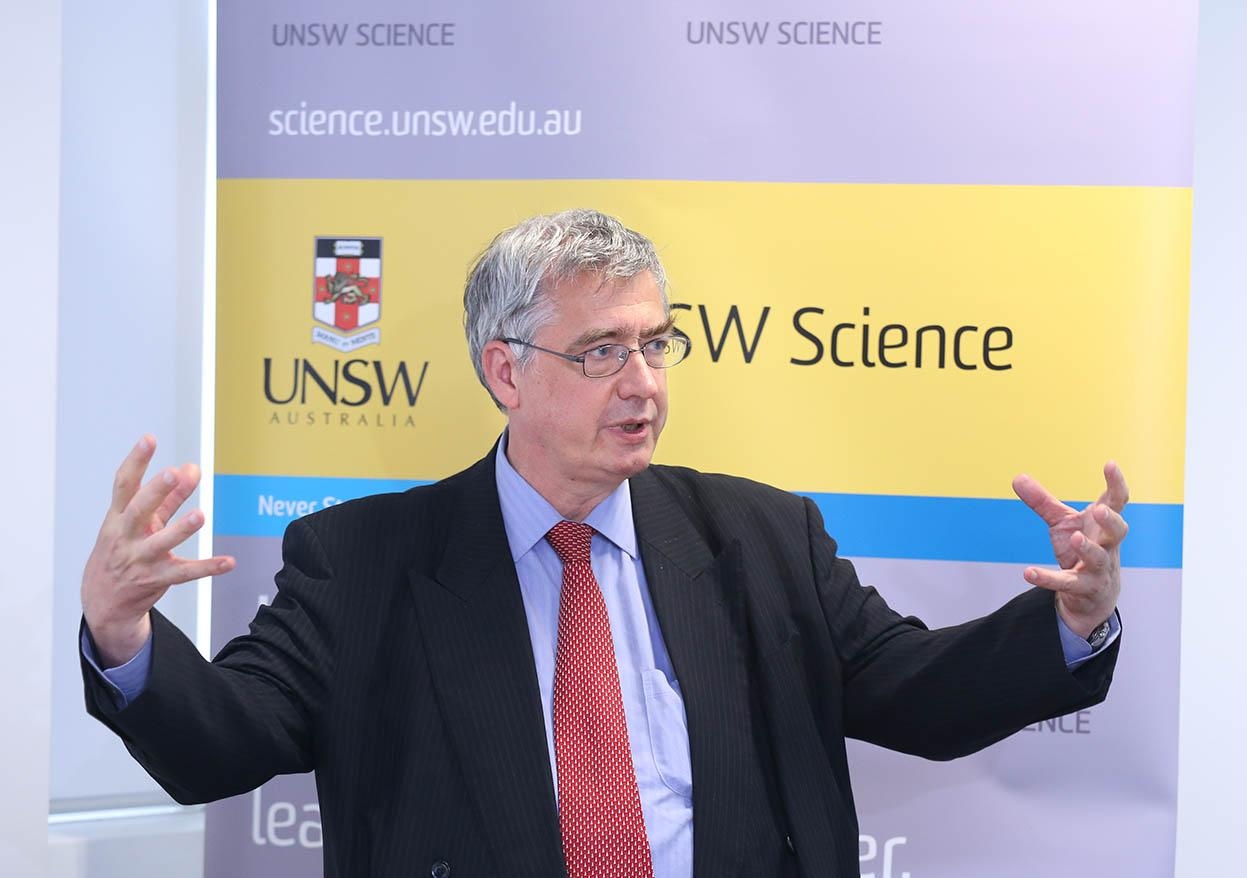