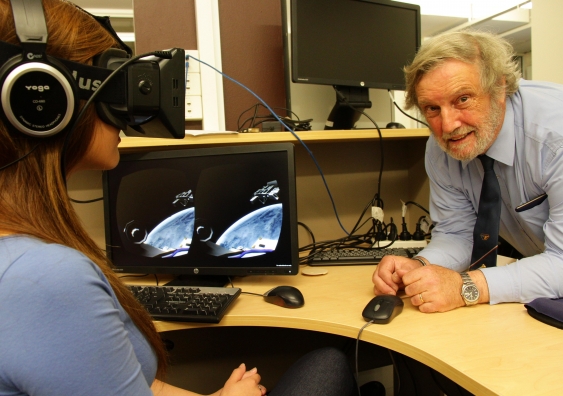 The researchers from the School of Mechanical and Manufacturing Engineering are using the Oculus Rift virtual reality headset and open source software to create immersive worlds for engineers.

Oculus is the technology start-up success story that rose from a US$2.4 million crowdfunded business to a US$2 billion Facebook subsidiary in just 18 months.

When Facebook bought the company in March, CEO Mark Zuckerberg made it clear he saw significant potential for the technology beyond gaming.

UNSW researchers have been seeking to uncover similar potential since securing one of the first Oculus Rift virtual reality headsets in the middle of 2013.

“We're very interested in immersion — entering the virtual image or space generated by a computer — and how it might help in engineering understanding,” senior lecturer John Page says.

One possibility is that the technology provides a more cost-effective way for engineers to experience the physics of environments they design for.

“It's not really practical to send your engineers into space, for example, to learn how things function in that environment,” he says.

“We're trying to create very rich environments using computer game theory in which we’re able to expose engineers to real physics of environments such as space.”

Page also sees immersion as a way to improve the design of manufacturing processes.

“Most engineers have very little exposure to the operator experience on a production line,” he says.

Using immersive technology, operators could perform their jobs in a virtual world first while processes are still under design, providing valuable feedback to engineers.

Alternatively, engineers could fill the virtual factory with humanoid agents that work with the processes and develop skills based on learning and training.

“Not all our software is freeware but a large amount at the cutting edge is,” Page says. “That’s interesting because no one quite knows how this is going to turn out.”

The researchers are looking forward to getting their hands on the next version of the Oculus Rift headset, which they expect to receive in July.

Page believes the new hardware will support higher resolution immersive environments and be more responsive to the wearer’s head movements, which are used to navigate the virtual world.

Read more about the research at Computerworld. 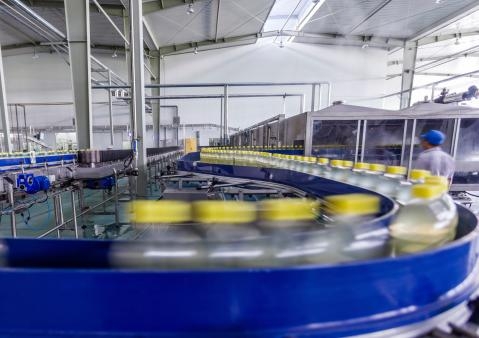