UNSW researchers are a step closer to demonstrating that explosives – rather than water – could be used to extinguish an out-of-control bushfire. 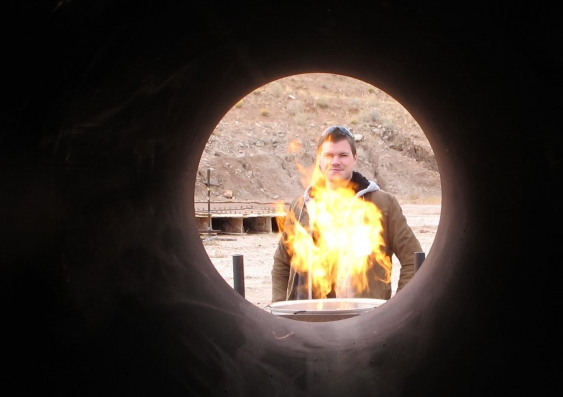 UNSW researchers are a step closer to demonstrating that explosives – rather than water – could be used to extinguish an out-of-control bushfire.

Dr Graham Doig, of the School of Mechanical and Manufacturing Engineering, is conducting the research, which extends a long-standing technique used to put out oil well fires.

The process is not dissimilar to blowing out a candle: it relies on a blast of air to knock a flame off its fuel source.

Doig travelled to the Energetic Materials Research Testing Center – a high-explosives and bomb test site in a remote part of New Mexico – earlier this year to scale up tests he originally conducted at UNSW's heat transfer and aerodynamics laboratory.

The US visit was made possible by funding from UNSW and an American Australian Association Fellowship.

The New Mexico tests used a four-metre steel blast tube, which contained a cardboard cylinder wrapped in detonation cord, to produce a concentrated shockwave and rush of air. This was directed at a metre-high flame fuelled by a propane burner.

"The sudden change in pressure across the shockwave, and then the impulse of the airflow behind it pushed the flame straight off the fuel source," Doig explains. "As soon as the flame doesn't have access to fuel anymore, it stops burning."

Doig hopes the concept can now be scaled up to fight out-of-control forest and bushfires burning in remote parts of the world.

He wants to test if it is possible to blow flames out of treetops and knock any loose, dry material in the trees that is fuelling the fire to the forest floor, where it will burn more slowly, if at all.

"Fire is very fast moving if it gets up into the tree tops. If the fire is still smouldering or burning on the forest floor, it's moving at a fraction of the speed, giving emergency services extra time to come in with water bombing or ground operations," Doig says.

"We're thinking of this as being a potential way to stop a fast uncontrolled fire in its tracks and give you a lot more time to get things under control or evacuate people that are downwind of the blaze."

Doig speculates that the explosive charge could be carried into place by a helicopter before being unleashed on the fire.

"Of course as soon as the blast happens you'd want to detach the explosives from the helicopter," he says. "But helicopter transport would allow you to position the blast somewhere where people couldn't otherwise get in easily."

Doig has been researching the impact of shockwave interaction with flames for four years, building on PhD work on the aerodynamics of low-flying aircraft and the reflection of shockwaves from the ground. 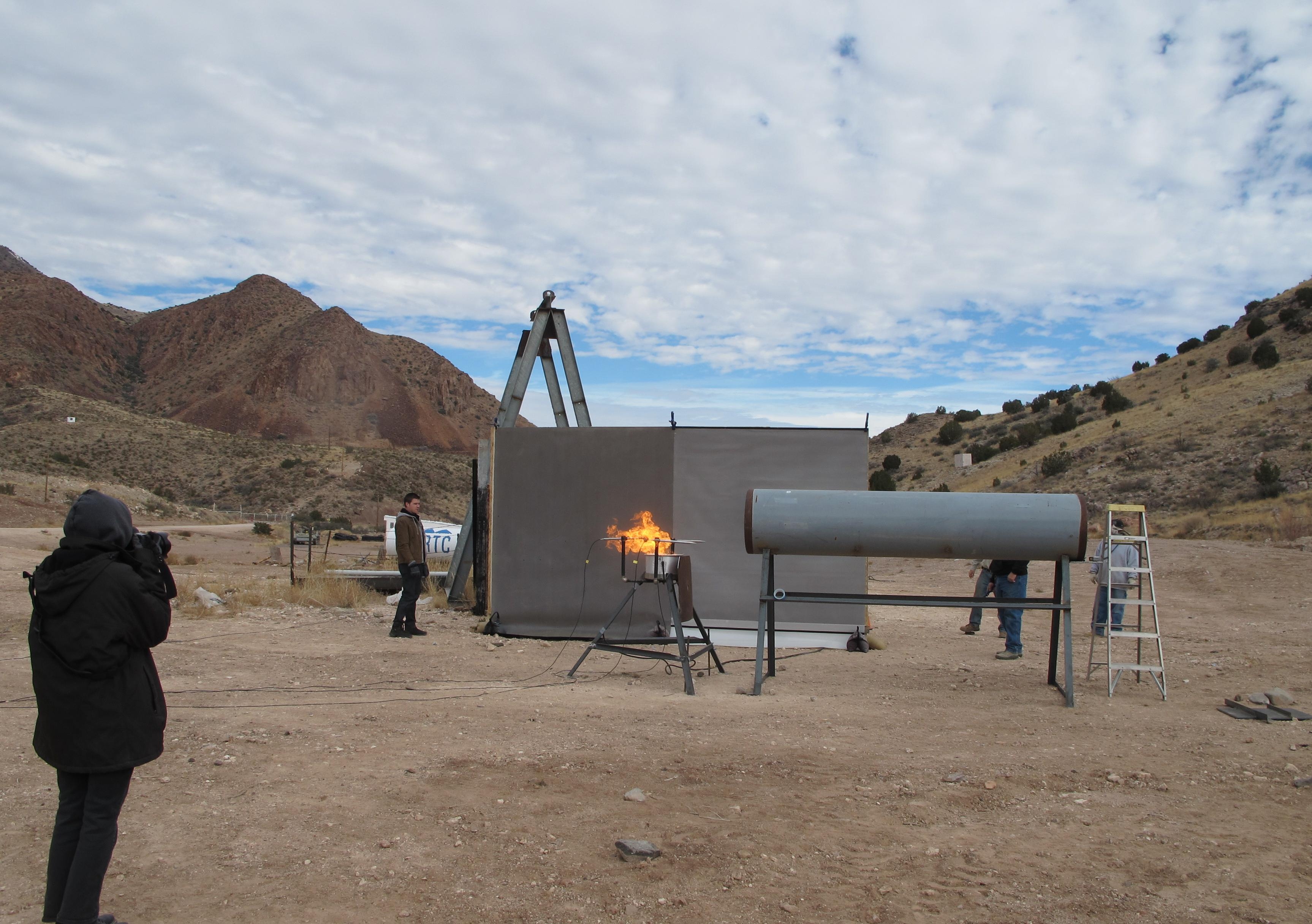