We are about to be hit with a “tsunami” of changes caused by radical developments in anti-ageing technologies, predicts UNSW Professor David Sinclair, who’s been recognised with a major national research medal. 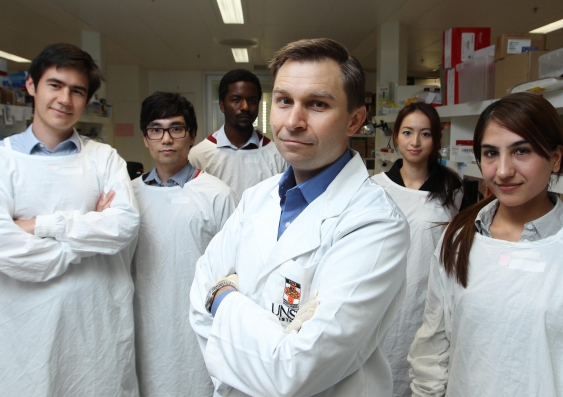 We are about to be hit with a “tsunami” of changes caused by caused by “head spinning” developments in anti-ageing drugs and technologies, the Australian Society for Medical Research (ASMR) 2014 Medallist Professor David Sinclair says.

The UNSW anti-ageing researcher was named the 2014 recipient of the Medal to coincide with the group’s Medical Research Week.

Professor Sinclair, who leads labs at Harvard and UNSW, was recently named by TIME magazine as one of the 100 most influential people on the planet.  His teams are developing molecules that can turn on protective anti-ageing mechanisms and delay the onset of the diseases of ageing such as cancer, Alzheimer’s and type 2 diabetes.

The breakthrough research was featured in the prestigious journal Science in 2013.

Professor Sinclair told the ASMR – the peak professional society representing Australian health and medical research  – he foresees a world where it’s the norm to be highly productive well into your 80s.

“The world will be a richer place with medicines that delay ageing. We are about to be hit by a tsunami of changes caused by head-spinning developments in genetics, fertility, stem cells and monitoring devices,” he said.

On Wednesday Professor Sinclair addressed the National Press Club, where he received the ASMR Medal from the CEO of the National Health and Medical Research Council, Professor Warwick Anderson.

In his speech, Professor Sinclair outlined the potential impacts of his teams’ research.

“A mere 1% reduction in cancer mortality alone would be worth $500 billion,” he said in a media release.

Professor Sinclair said he believed Australia had a unique opportunity to lead the world and to profit from revolutions occurring in high-technology sectors including genetics and medicine.

“Australians are rebellious, optimistic and egalitarian – the three traits that foster scientific discovery and innovation.”