Historic US partnership to develop next generation solar cell technology

A new Australian–US research institute led by UNSW will foster rapid development of “over the horizon” photovoltaic technology and establish Australia as the solar cell research hub of the Asia-Pacific. 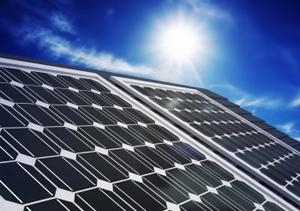 A new joint Australian–US research institute led by UNSW will foster rapid development of “over the horizon” photovoltaic technology and establish Australia as the solar cell research and education hub of the Asia-Pacific region.

Federal Minister for Resources and Energy Martin Ferguson announced the $33 million US-Australia Institute for Advanced Photovoltaics (USAIAP) today as part of a raft of new programs and projects through the United States–Australia Solar Energy Collaboration.

The funding is part of an $83 million commitment, one of Australia’s biggest solar research investments.

The new Institute is led by UNSW’s world record-holding photovoltaic researchers. It provides a pathway for research collaboration between Australian and American centres and agencies and will drive innovation and commercialisation.

“We welcome such a significant government investment in renewable energy research and we are pleased that UNSW’s world-leading solar researchers have been recognised in this way,” said UNSW Vice-Chancellor Professor Fred Hilmer.

Program leader Professor Green said: “The Institute (USAIAP) will establish Australia as the photovoltaic research and educational hub of the Asia-Pacific region. It combines our expertise with America’s world-class facilities and creates a tangible pipeline to ‘over the horizon’ photovoltaic technology.”

“The Institute will also be fundamental to the training of the next generation of photovoltaic research scientists and engineers,” he said.

The USAIAP will work with the recently announced National Science Foundation/US Department  of Energy Research Center for Quantum Energy and Sustainable Technologies (QESST). QESST is based at Arizona State University, but involves other key US groups including Caltech, MIT and Georgia Tech.

Other US collaborators include Stanford University, University of California – Santa Barbara, and Sandia National Laboratories.

The USAIAP is supported by both the Australian Solar Institute and the US National Renewable Energy Laboratory.

UNSW is also involved in five other research projects announced today by the Federal Government through the USASEC Open Funding Round, and will take the lead in two:

For more information go to www.australiansolarinstitute.com.au