Koalas and mine site restoration

Disturbed landscapes, such as mine sites, which have been deemed to be successfully restored, won't necessarily see the return of wildlife such as koalas, a landmark Australian study finds. 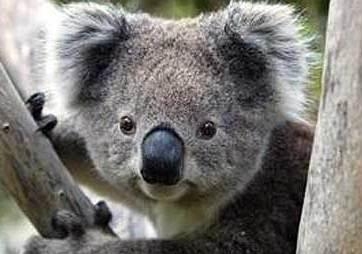 One of the guiding principles of rehabilitating disturbed landscapes and mine sites – that if you restore their plant diversity, the animals that once lived there will return – does not always hold true, a landmark Australian study has found.

“Everyone from mining companies to regulatory authorities and restoration ecologists has been working to a ‘build it and they will come’ paradigm,” says the lead author of the study,  Romane Cristescu, a former PhD student in the UNSW School of Biological, Earth and Environmental Sciences.

“In other words, the general belief is that if you provide great quality flora, fauna will recolonise. What we found is that for koalas, at least, in practice that simply isn’t so in most cases.”

In a study published in the Journal of Applied Ecology, Cristescu and colleagues note that rehabilitation of degraded and disturbed landscapes, notably those used temporarily for mining, has become critical for counteracting habitat and biodiversity loss.

But the success of rehabilitation projects has been judged on achieving goals that focus either on non-living criteria - such as landform, stability, erosion and water quality – or on restoring complex plant communities.

“What we noticed is that these goals usually overlook fauna, with no requirement to include them in rehabilitation monitoring,” says Cristescu. This is true even in closely regulated countries, such as Australia and North America.

The authors decided to test for the first time scientifically whether the criteria for a successful restoration of flora translated into success for fauna. The study site was a sand-mining operation on North Stradbroke Island, where the Sibelco mining company, endorsed by the Australian Government, became only the second Australian mining company to reach an agreement with all stakeholders regarding rehabilitation success criteria. Sibelco financed the research project to understand better how fauna respond to rehabilitation.

“So we took a fauna species everyone agrees should really come back to mine rehabilitated areas before we can declare it a success: the koala,” says Cristescu. “They are vulnerable and charismatic animals, and everyone wants them to benefit from rehabilitation. So our question was simple: if we built a great flora, will koalas come?

“We measured flora quality based on the very goals mining companies and government are using to measure rehabilitation success, then we looked at what koalas themselves judged to be success; that is, which rehabilitated areas they recolonised.”

It turned out that human goals and koala goals were different. In fact, the most successful areas in terms of flora goals - with a greater than 70% success – more often than not had no koalas using them. But koalas were using many other rehabilitated areas rated much lower for floral success.

“We proved that mining rehabilitation can be a success for both fauna and flora, but that the two are not necessarily congruent. We need goals to measure whether we are succeeding in rebuilding a functioning ecosystem, and many ecosystem functions actually rely on fauna for services such as pollination and nutrient cycling. We hope our work will influence the mining industry and its legislators to include fauna in their rehabilitation success goals. Only then can we ensure a positive impact of mine rehabilitation on all parts of biodiversity.”

Does offsetting make up for habitat loss due to mining?