Opinion More water in the river system is a must

OPINION: If the Murray-Darling plan doesn't put enough water back into our rivers, we may be lining up for a debate full of angst, writes Professor Richard Kingsford in The Conversation. 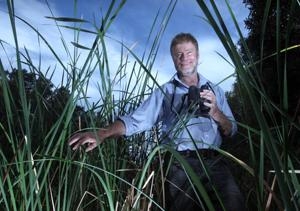 OPINION: The release of the Draft Murray-Darling Basin plan, and the announcement that 2,750 gigalitres would be returned to the environment, was followed by predictable outrage. Irrigators said that the 2,750 gigalitres was too much, environment groups that it was too little.

Federal Water Minister Tony Burke commented on ABC Radio National that: “There’s no consensus position here, never has been, never will be … a judgement call needs to be made”. The decision will ultimately be, as it should be, a political one – how much environmental water can we afford to have or not have?

Ideally, this would mean good understanding of the environment and how much water is needed to restore it. Herein lies the difficulty.

A further challenge, used by the Murray-Darling Basin Authority, is that many of the rivers are considerably altered, upstream of their major wetland systems. So, the volume of water nominated in the current draft basin plan is compromised by what is deliverable to the major wetlands, given various constraints.

These “constraints” are real but could be solved. They include bridges that may be flooded or – more problematic – private land that would be inundated by environmental water.

In calculating the final amount of water, these constraints were built in, bringing the number down from 3,000 to 4,000 gigalitres originally proposed in the Guide to the Basin Plan.

There are some key issues to consider if environmental sustainability for this magnificent river basin is to be achieved. The calculations of amount of water required for sustainability are primarily based on vegetation inundation patterns for species such as river red gums and black box trees.

Even here, the scientific work around some wetland systems remains in its infancy, with poor quantitative understanding of how ecosystems respond and how much water they need. The key question will be how good the calculations are for improved flooding in restoring ecosystem health.

This should be the focus of attention during the review of the draft plan. There are also myriad other organisms dependent on the water, and we don’t know whether the trees are a good surrogate for their environmental health.

There are some allied and associated challenging questions. What happens if you direct funding to removing the so-called constraints? What would be the environmental dividend and could you actually deliver more water to increase environmental restoration? In other words, how much are the constraints holding back the opportunity for an improved environmental outcome?

The climate change question is not dealt with particularly well in the draft plan. There is no modelling of future climate and the potential impact on the river and how this would affect the health of the system.

Perhaps of even greater concern is the doubling of groundwater extractions proposed in the plan. Some of these groundwater ecosystems are connected to rivers. There is a real possibility that putting more water back into rivers through the basin plan may not be effective: water that provides some of the base flow for rivers comes from groundwater and this would decline.

Getting more water back into the ailing river system is a must. We don’t know the real nature of the relationship between environmental sustainability and volume of water. It may or may not be linear and it could vary with different organisms. But it is clear that increased amounts of water, if managed well, can contribute to a substantially healthier environment.

Increased amounts of water in the river will not only benefit the environment but will also favour many people living on the rivers. Better flows will reduce salinity and blue-green algal blooms.

Floodplains and groundwater systems will be recharged. More than 90% of the 6.29 million hectares of wetlands are floodplains, with more than 95% privately owned. Many of these owners derive a benefit with improved grazing resulting from more water.

There are also the less-easily measured benefits, including improved health of floodplain trees, frogs, waterbirds and fish populations, as well as the food webs that underpin these.

A lot hangs on the Water Minister’s decision about how much water to return to the river. If there isn’t enough water put back into the system for sustainability – or if what goes back gets whittled away by groundwater extraction and climate change – then we may be lining up for a future water debate full of all angst and uncertainty. No one wants that.

This opinion piece first ran in The Conversation.