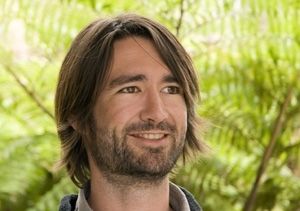 The team, led by Associate Professor Mike Manefield of the School of Biotechnology and Biomolecular Sciences, isolated three naturally occurring bacterial communities that live on industrial pollutants, including chloroform.

The bacteria were bred in beer barrels and injected into a Botany aquifer near Sydney airport that had been polluted by a former ICI chemical plant.

Through a process known as bioremediation, Manefield and postdoctoral researchers Matthew Lee, Adrian Low and Joanna Koenig showed the bacteria's natural ability to degrade and clean up chlorinated solvents.

As well as the Botany project, the team is working on a polluted site in Deer Park, Melbourne. The research is being conducted in partnership with Orica, Dow Chemical and Microverse.

The annual Innovation Awards are organised by the University’s commercialisation company, New South Innovations (NSi), to recognise outstanding innovation conducted by UNSW staff and students. This year a total of seven research projects have been honoured:

“This is what universities do – stretch the limits of human knowledge and think of ways to put this new knowledge to work,” Dr Cullen said.