Automated cameras and microphones will help better connect the public with life in the wild, writes Dustin Welbourne. 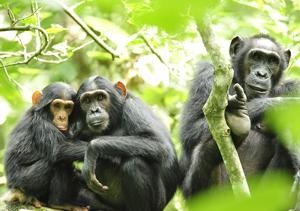 OPINION: For 60 years Sir David Attenborough has brought the “extraordinary” of far off lands closer to home. In some aspects, Sir Dave has brought it so close that the only experiences you miss from not travelling there yourself are lost baggage and jet-lag. Now, as we plunge into Science 2.0 we are about to get much closer to the wild.

Over the past couple of decades, ecologists have increasingly used automated bio-monitoring equipment, such as remote cameras and acoustic recorders, to research wildlife. Reptiles, mammals and even insects can be monitored via remote cameras. Couple this with acoustic recorders that detect birds, bats and whales and basically no animal can hide.

While this may seem to intrude upon an animal’s privacy, cameras and recorders are fantastic tools. The equipment doesn’t require a human operator as pictures and audio recordings are captured automatically with digital technology. These devices can also be left in situ for weeks or months at a time. This means lower costs and better research outcomes than trapping methods.

However the citizen science front in Australia is where I think exciting work is yet to be done. Automated equipment is a boon for this scientific genre. With no contact necessary between humans and critters, there is far less risk for the researcher and far less impact upon wildlife.

Furthermore cameras and recorders are so easy to set up that any appropriately dressed ape can deploy the equipment. Practically anyone can take part in a camera or recorder study and experience the pleasure of collecting scientific data.

One such program, The Great Chicken Coop Stakeout, was conducted earlier this year by the North Carolina Museum of Natural Sciences and North Carolina State University. The objectives were simple. What predators are present in rural and urban areas and which ones are attracted to chicken coops?

To take part, you simply needed to learn how to setup the supplied camera and move it every couple of weeks. And of course, you needed a chicken coop. The project appears to have been successful as organisers have now launched a larger project, eMammal.

There is no doubt citizen science projects can produce peer-reviewed research (for example, here and here). But even if conducted purely as a science outreach exercise, such projects are hugely valuable. Cameras and recorders allow us to connect with nature in a unique way.

For example, after a cage trapping study, “data” is pages of hand written notes describing capture events. But the raw data collected with cameras and recorders can be experienced. It is visceral and tangible to our senses, and even seasoned researchers are often excited to “see” what has been detected.

Given the appealing raw nature of the data, the fact that it is digital and that open-source and open-data science is just around the corner, I expect we will soon be much closer to the wild than ever before.

The Zoological Society of London and the EDGE conservation program have a small network of “next generation” remote cameras deployed around the world. These cameras take pictures and automatically email those pictures to a central database. Photos are then sent to Instant Wild, a free phone application that allows you to identify the animals before transmitting your identifications back to the database. A win-win situation.

For researchers, this is like a “kickstarter” for data analysis as potentially hundreds of hours are saved not looking at photos of animals that everyone can identify such as elephants or zebras. And for the community taking part, we receive beautiful pictures of wildlife in their natural surroundings, just doing wildlife-y things.

Before you download that app though, check out Bear 71. Bear 71 is the title of a 20-minute interactive documentary produced almost entirely from scientific data captured from remote cameras and GPS tracking collars. It is so impressive that attempting to explain it will not do it justice; just watch it for yourself. If this is what documentary 2.0 (or the i-Documentary for fans of Apple) is all about, then exciting times lie ahead.

I would never wish to do away with Attenborough; I think there will always be a place for that style of communication. But I am extremely excited about the opportunities to really connect the public with the wild using these automated tools. What’s more, I look forward to the open data era where creative people will take millions of pictures and sound recordings to construct beautiful and inventive ways to tell new stories.

Dustin Welbourne is a PhD candidate in the School of Physical, Environmental and Mathematical Sciences at UNSW Canberra.