Widespread flooding across the Lake Eyre and Murray-Darling Basins has produced an explosion of waterbird breeding, one of Australia’s longest-running wildlife surveys has found. 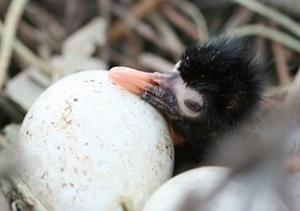 Widespread flooding across the Lake Eyre and Murray-Darling Basins this year has rejuvenated rivers and wetlands and produced an explosion of waterbird breeding, one of Australia’s longest-running wildlife surveys has found.

Close to a million waterbirds were counted in the annual aerial survey of their numbers across eastern and central Australia, taking in a third of the continent.

The tally was the third-highest recorded in the 29 years of the survey’s history and the richness of breeding species was also high, with 22 species including black swan, Pacific black duck, Australasian shoveler, chestnut and grey teal, hardhead, freckled duck and plumed whistling-duck and Australian shelduck.

Each October since 1983 waterbirds are regularly counted across 10 survey bands, each 30 km wide, that extend from the coast of eastern Australia to the Northern Territory border and from the Whitsunday Islands in Queensland to south of Melbourne.

“This year has revealed an exciting surprise,” says Professor Richard Kingsford, Director of the Australian Wetlands and Rivers Centre at the University of New South Wales, who runs the survey. “We have seen a response that we thought might never happen again.”

Earlier surveys have regularly shown a long-term decline since 1983, but now overall bird numbers have bounced back, well above the long-term average.

“We haven’t reached the previous heights of the early 1980s but this result highlights the importance of a series of floods over a large part of the continent and environmental flows” says Kingsford. “The 2010 survey was already showing signs of some recovery with waterbird numbers rising above the long-term trend and widespread breeding of waterbirds. Like many plants and animals, reproduction and recruitment of waterbirds coincides with widespread flooding on rivers.”

“We are increasingly realising that waterbirds can reflect what is going on in rivers” says Kingsford. “We can look at fish populations by monitoring the cormorants and pelicans or look at invertebrates by surveying the invertebrate feeders, such as pink-eared ducks, or vegetation by investigating herbivores such as swans”.

The survey also assesses the flooding of each of up to 2,000 wetlands to provide a long-term index of wetland flooding across eastern Australia. As with the waterbirds, the index has shown a recent positive response to the widespread flooding, rising above the long-term average for the first time since 1990.

More flooding has continued to occur since completion of aerial surveys across some river systems, increasing wetland habitat available in inland areas, particularly the northern part of the Murray-Darling Basin.  Wetland habitat was again extensive in the Cooper Creek Catchment as well as the Diamantina and Georgina river systems. Lake Eyre was drying and supported few waterbirds. Wetlands on the lower Cooper Creek held water for the second consecutive year, with extensive flooding.

Throughout the Murray-Darling Basin, many of the large wetlands areas had water. This included widespread waterbird habitat on the Paroo River, including the Paroo overflow lakes, Cuttaburra channels, Macquarie Marshes, Lowbidgee wetlands and Menindee Lakes. Similarly, there were relatively large flooded areas throughout Victoria and South Australia

The surveys, among the longest and more important for the rivers in Australia, demonstrate the importance of collecting long-term data. Without such information, comparisons would be impossible: “We just would not know how we were travelling,” says Kingsford.

“Importantly, this result coincides with the release of the Murray-Darling Basin plan, aimed at returning some of the flooding of rivers that has been reduced considerably by building of dams and extractions”. The survey is funded jointly by the eastern States and the Commonwealth governments. The result will this week be presented to wildlife authorities in each of the states.

Click here for a summary of the 2011 Eastern Australian Waterbird Aerial Survey.

Don't water down the science