Opinion A satellite to save Australia? We should have one of those

Measuring and monitoring Australia’s fresh water is increasingly important, and we need to invest in satellite technology to meet this challenge, argues Gordon Roesler. 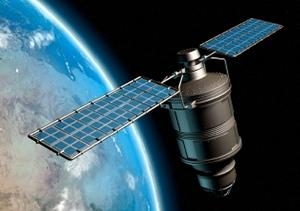 OPINION: Does Australia need space capabilities? Well, as Senator Kate Lundy said this month when announcing the government’s new space policy: “Australians, whether they know it or not, rely on satellites every day.”

While this importance is indeed reflected in the policy, now is the time for specifics: to assess national space needs and develop programs to meet them. I want to argue that our most pressing national need is for data on water.

The continent is blessed with abundant resources, including farmlands, natural wonders and iconic sites, and all those resources are under complex and increasing pressures. Changing climate, increased demand, growing population and economic competition are stressing our land, our farms, and our flora and fauna.

At the nexus of these challenges is a single fundamental resource: fresh water. It is increasingly in demand for human use and agriculture. Our wetlands have an undiminished need for water to maintain their vitality.

The distribution of water in Australia is changing: rains come more in summer, less in winter. As climate changes, the amount and distribution of available water will change. No-one yet knows how.

Australia’s water assets include lakes, rivers, streams, reservoirs and the underground water table. But there is more: additional water is found in the soils, right at the surface.

This is a highly significant resource: there is as much water in the uppermost layer of Australia’s soils as in all our lakes, rivers and reservoirs. It is also the most crucial to plant life: this is the water that plants actually consume.

In addition to the obvious importance to irrigated farming, moisture in the soil has many other far-reaching impacts. It drives the weather. It determines when and how much wind will erode the soil and cause dust storms.

It is the key to effective land-use planning and the health of Australia’s unique ecologies. It is critical for broad acre farming and grazing.

It is difficult to think of a single environmental variable more influential to the overall health of Australia’s economy, agriculture, population and environment. The importance of this “invisible resource” to Australia cannot be overstated.

Yet, to date, there are very few tools for measuring and monitoring this resource, and certainly none that can survey the entire nation.

So what if we could provide a device that could see all the moisture across the Australian continent, like weather pictures from space?

Imagine, if you will, the following scenario.

CANBERRA, April 29, 2025: Once again eastern Australia is in the grip of a severe drought. The Murray and Darling rivers are at record low levels. River red gums along their banks are in danger of complete destruction.

Irrigators are unable to obtain sufficient water for their crops. The danger of dust storms is looming.

To salvage the precious environmental areas and prevent further damage, farmers and natural resource managers in the catchments are turning to Garada, an Australian radar satellite. Garada measures the amount of moisture in the soil. Garada data has shown the natural resource managers some areas along the river that still have adequate soil moisture, so they can target environmental watering to the sites that truly need it. This has freed up a few precious gigalitres for irrigators to keep crops alive.

Graziers are using Garada information to identify when paddocks are about to be exhausted, and have moved their cattle in time to prevent overgrazing.

Garada has found some moist sites in the west that can sustain partial ground cover. Planting efforts have survived, and are helping to suppress dust storms.

Never has the nation been able to weather such a severe drought with as few long-term consequences. The data from space may have saved Australia.

We should think about soil moisture the way we think about weather. Meteorologists rely on satellite images to make forecasts, and we see them on the TV news every night.

The soils have a kind of “weather” too – the amount of moisture they hold. This “moisture bank” is so important that the CSIRO has initiated the Australian Water Availability Project:

to monitor the state and trend of the terrestrial water balance of the Australian continent, using model-data fusion methods to combine both measurements and modeling.

With one satellite, Australia could measure the moisture in its 7.6 million square kilometres every week—farm by farm, paddock by paddock, river bend by river bend. With two satellites, we can monitor especially sensitive areas, such as the Murray-Darling Basin, every three days with this fine resolution.

Led by the Centre’s director Professor Andrew Dempster, an international team of aerospace companies and universities, including myself, has investigated the technologies needed for these measurements, and to build this satellite. They are all achievable.

All it takes is the commitment to build it.

It certainly recognises the importance of data from space. But it appears to stop short of saying: “If there is a critical data need for Australia that other nations aren’t providing, we must commit the resources to fulfil the need ourselves.”

Of all agricultural nations, Australia gets by far the least rainfall. Its iconic ecologies are world treasures. Both agriculture and those ecologies are frequently threatened by the variability of the climate.

Do we need to invest in an expensive satellite (or two) to get the data to manage this challenge? At a 15-year program cost of up to $800 million, it wouldn’t be cheap. But we can expect the payback to be tenfold or more—in better managed water, in nourishment of precious ecologies, in improved land use management, and decreased health costs of respiratory diseases.

Of course, you shouldn’t just take my word for it. Here is the view of Alan Finkel, chancellor of Monash University and founder of Cosmos magazine, who reviewed our concept:

Intuition can only take us so far. To make truly great decisions about our essential water resources, farmers and ecologists, climatologists and policy makers need to know where the water is and how its distribution is changing. The only conceivable way to monitor this is from space.

Gordon Roesler is a Visiting Researcher and Senior Project Engineer at the Australian Centre for Space Engineering Research, UNSW.

UNSW satellites blast off to explore the thermosphere