With pressure mounting to finally build Sydney’s second airport at Badgerys Creek, how can we avoid the noise mistakes of the past, ask Marion Burgess and David Southgate. 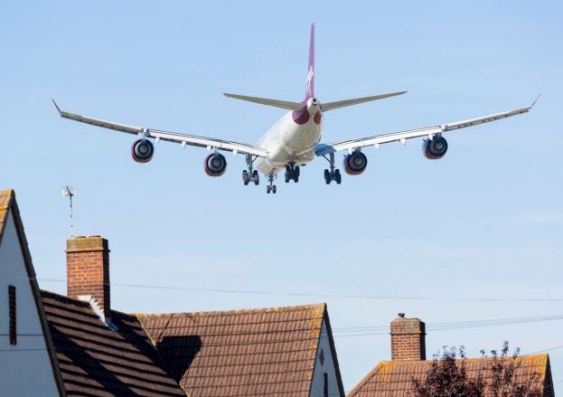 OPINION: With pressure mounting to finally build Sydney’s second airport at Badgerys Creek, it’s a good time to ask: can we avoid the noise mistakes of the past?

Aircraft noise and whether the new airport would be open 24 hours a day – unlike the11pm to 6am curfew at Sydney’s existing airport – are still proving to be the main obstacles to Badgerys Creek finally going ahead.

There are vital lessons for western Sydney residents, airport supporters and federal and state politicians to learn from the way Sydney’s third runway was developed, where many residents weren’t given the information they needed about how noise would affect them.

A short history of a long saga

Next year will mark the 30th anniversary of Badgerys Creek being initially selected as a new airport site. In 1993, the first sod on construction was officially turned at an event with the then Federal Transport Minister Bob Collins.

But development stalled when a third runway was constructed at Sydney’s existing Kingsford Smith airport (which is best known as Sydney Airport) in 1994 to meet growing aviation demand in the Sydney Basin.

After the new runway opened, there was a massive and sustained angry reaction from the Sydney community. Residents believed that the runway’s Environmental Impact Statement (EIS) had been used to deliberately mislead them about what the noise would be like once the new runway opened.

The extreme public pressure resulted in a 1995 Senate Select Committee inquiry on aircraft noise in Sydney. The Committee largely accepted the thrust of the community’s objections and produced a damning report, Falling on Deaf Ears.

Not unreasonably, residents assumed that the areas outside “the noise affected area” would not be exposed to aircraft noise. So they were extremely surprised and angry once the runway opened to find themselves being overflown many times an hour throughout the day.

About 90% of the formal noise complaints lodged with aviation authorities after the runway opened came from people living outside “the noise affected area”.

Much of the public anger also arose because the way the aircraft noise impact was assessed was based on an “average day” – which had hidden what the noise would be like during peak periods or on busy days.

Clearing up confusion on aircraft noise

On coming to power, the Howard government immediately set up a process to enable the community to become engaged on finding ways to manage aircraft noise at Sydney Airport on a long-term basis.

These discussions led to the establishment of the Long Term Operating Plan for Sydney Airport, as well as the development of a range of new ways to describe aircraft noise. That made it much easier for community members to meaningfully engage in discussions about how the airport’s aircraft noise could best be managed.

You have to look at aircraft noise in a number of different ways in order to get a proper indication of noise impacts.

One of those ways is to have maps of flight paths and how they are used. Another way is to create a “N70 contours” map, showing where the noise levels will be at 70 decibels or above. These indicate the number of overflights with a maximum level greater than 70 decibels.

Normal speech when talking to someone 1 metre away is approximately 60 decibels. So during an aircraft overflight of 70 decibels, if you were standing outside you would have to raise your voice.

However, if you are inside a house – even with the windows open – that aircraft noise is reduced down to about 60 decibels.

If a new airport at Badgerys Creek is built mainly to take the load off Sydney Airport – as a supplementary airport, not a replacement one – it will have one very significant advantage.

There would be only a slow build-up of noise, as the traffic in and out of the airport gradually increased, rather than what happened when Sydney Airport’s third runway opened and there was a sudden, very dramatic change in aircraft noise exposure from opening day.

So how could the federal, state and local governments do a better job of making sure that locals at Badgerys Creek and surrounding areas don’t experience any noisy surprises?

The key to addressing the Sydney Airport noise problems was to engage much better with the community. What that experience clearly showed was that using concepts such as “noise affected areas” or “the average day” are now very likely to be seen by residents as attempts to understate aircraft noise.

Understandably, residents don’t just want to know what the noise might be like most of the time – they want to know how noisy it might get at different times of day, including during peak flight times.

If we want to do a better job of consulting western Sydney locals, the authorities need to be inclusive. That means not just talking to householders in the immediate area around Badgerys Creek, but going much further afield, to include any area which will be overflown and exposed to aircraft noise.

And that community engagement should not just be during the planning stages, but continue during the airport’s operation (assuming it eventually gets built).

Discussions about noise at Badgerys Creek will inevitably also involve questions about sharing noise between the new airport and Sydney Airport.

In particular there could be issues around night‑time noise. Given the strict curfew in Sydney now, any suggestion of night flights at Badgerys Creek is likely to be highly sensitive.

With that in mind, Badgerys Creek would need a Long Term Operating Plan with a clear noise management plan.

In Europe, major airports are legally required to develop Noise Action Plans. Typically the plans lay out the major factors influencing noise exposure around an airport, including: the location of flight paths; the times of use of runways; and any restrictions on operations by different types of aircraft (by runway and/or by time of day).

Wherever a new airport is built in the Sydney region there will inevitably be people who feel aggrieved about aircraft noise. At the very least, governments owe local residents the opportunity to be involved in deciding the patterns of noise exposure around the airport.

Marion Burgess is President of the International Commission for Acoustics and a Research Officer in the School of Engineering and Information Technology at UNSW Canberra. David Southgate is an aircraft noise specialist and former Australian government representative on the UN International Civil Aviation Organisation Committee on Aviation Environmental Protection.

Research off to a flying start