The unexpected link between computing and evolution

UNSW will host a lecture to be delivered by one of today's leading authorities on computer science, Professor Christos H. Papadimitriou, in celebration of the 100th anniversary of the birth of the father of modern computer science, Alan Turing. 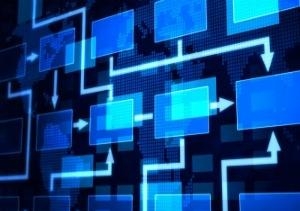 The late mathematician Alan Turing, famous for cracking Nazi codes during WWII, is widely considered to be the father of modern computer science and artificial intelligence.

To celebrate the 100th anniversary year of his birth, UNSW’s School of Computer Science and Engineering will host a lecture delivered by one of today’s leading international authorities on computer science, Professor Christos H. Papadimitriou from the University of California, Berkeley

Papadimitriou will examine Turing’s monumental works and legacy, and compare his legacy to that of another influential thinker whose theories and writings radically changed our scientific understanding of biology and the natural world, Sir Charles Darwin.

“Turing, like Darwin, transformed scientific and human culture through a singularly disruptive work written in a brilliantly self-conscious style,” says Papadimitriou. “I shall recount the stories of these two classics, concluding with certain unexpected connections between computational ideas and evolution.”

Maurice Pagnucco, Head of UNSW’s School of Computer Science and Engineering, says: “Alan Turing was a great mind and highly creative thinker, whose legacy continues to impact contemporary research across a range of computer science domains.

“Professor Papadimitriou is a foremost expert, and very welcome guest, who will help us pay tribute to this lasting contribution.”