Opinion Why we're having the wrong climate change debate

Some level of scepticism is a good thing. But thinking that all scientists and engineers are wrong until proven otherwise is no way to promote a rational discussion about climate change, argues Fiona Johnson. 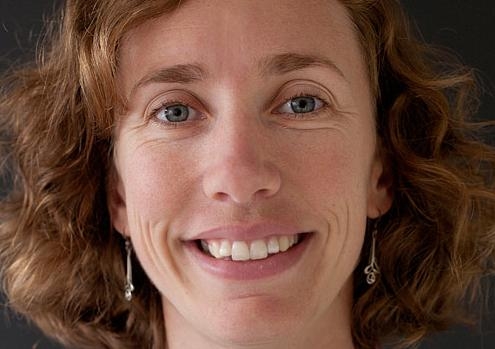 OPINION: Science is an exciting field to work in. There is a whole universe of problems out there waiting for someone to solve. But science doesn't exist in a vacuum.

For me, the most interesting part of being an engineer is using my research to help individuals, and society in general, make better decisions.

I would imagine the motivation is similar for the hundreds of scientists who spent months compiling the latest IPCC report released on Monday, and the thousands more who've spent their careers trying to understand the mechanisms of global warming, its timeframe and impacts.

The report has been well received by many, but for some people the report seems to be seen as a personal affront, written by a bunch of scientists solely for the purpose of destroying the world that they live in.

The reality is that the IPCC report is a document of careful language and moderated statements, approved by the governments of 195 countries.

When scientists work together to report results, our language is carefully calibrated, with the caveats and limitations of our work thought out and often explicitly discussed.

Science is a dialogue and our work is incremental – there is rarely a breakthrough paper.

We work together in teams and discuss, argue, revise and gradually make progress. This is a lifetime of work; a marathon, not a sprint.

There are many subtleties in any profession and we can't expect people outside of our individual fields to understand these. I don't expect to understand the legal arguments in a court of law or commercial deals. And it is unreasonable to expect that the measurement methods or the scientific process that I take for granted in my work are any more transparent to a lawyer.

At some point, though, unless we have unlimited time to become experts ourselves, we need to trust that the professionals in any field are good at what they do. That's what it means to be professional. But some people seem to believe that scientists can't be trusted.

Some level of scepticism is a good thing – no one should take all information at face value. But thinking that all scientists and engineers are wrong until proven otherwise does not give any credit for the amount of work that goes into my research, the IPCC reports and the work of all other scientists.

Interacting with the media brings another level of complication to the relationship between science and the community. Scientists are used to promoting their research at conferences, to peers and to funding authorities. But our incremental discoveries or improvements may not make for an interesting story for the daily media. Reporting timeframes, particularly in the digital age, are much quicker than the timelines that research operates on.

Information is more available than ever, but is the digital age improving the quality of the conversations? The anonymity of email and comments on websites and blogs means that people end up in a virtual shouting match where rarely anyone is listening properly.

I find it frustrating that the comments in social media and on forums degenerate in a fairly predictable way when it comes to so-called debates about human-induced climate change.

But we are having the wrong debate. For climate change, the evidence is clear that carbon dioxide and temperatures are increasing. Where is the interest in debating observations?

What is more interesting is when we have to make decisions that depend on the values that we hold as a community. Someone may value free markets, someone else may value the natural diversity of our coral reefs, whilst a third may value a large house on the beach. The debate that we need to have is how these values can co-exist or if they can't then how to prioritise them. But the current level of vitriol doesn't promote rational discussions.

Fiona Johnson is a University of NSW lecturer. She is Fairfax scientist-in-residence, organised by the Australian Science Media Centre.

This opinion piece first ran in the Sydney Morning Herald.