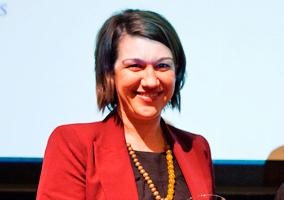 Work on the early detection of mood and psychotic disorders, how blood vessels grow in tumours and the role proteins play in high blood pressure has won three researchers prestigious science awards.

The awards recognise young scientists who excel at research, leadership and communication. The program aims to inspire young people and the broader community about the possibilities of science and to encourage a culture of innovation alongside the promotion of scientific literacy.

Based at UNSW's Faculty of Medicine, Dr Green's research focuses on the controversial biological link between mood disorders (such as bipolar disorder) and psychotic disorders (such as schizophrenia), which often run together in families. She is searching for vulnerability markers that might enable early detection and treatment of these conditions.

Dr Pasquier, from the Children's Cancer Institute Australia (CCIA) at the Lowy Cancer Research Centre, investigates the mechanisms involved in the formation of blood vessels within tumours, particularly how anti-cancer drugs can interfere in this process to slow cancer growth and spread. Ultimately, his work aims at developing new cancer treatments that target the creation of tumour blood vessels.

Dr Smith's work at the Victor Chang Cardiac Research Institute (VCCRI) is focused on understanding how novel proteins contribute to high blood pressure, allowing for the development for more effective drugs with fewer side effects. She is also investigating proteins active in obesity, an increasingly prevalent condition in Australia and also a major complicating factor leading to cardiovascular disease.

Earlier this year, Dr Sameer Alam, from UNSW@ADFA, received the 2011 ACT Young Tall Poppy of the Year Award for his research in advanced air traffic systems.

Young Tall Poppies stand up to the challenge of science communication