Opinion Adverts on the road could be a distraction for drivers

A Sydney council has approved a plan to allow advertisements on the surfaces of roadways. But is revenue potential blinding policy makers to the dangers, asks Steven Most. 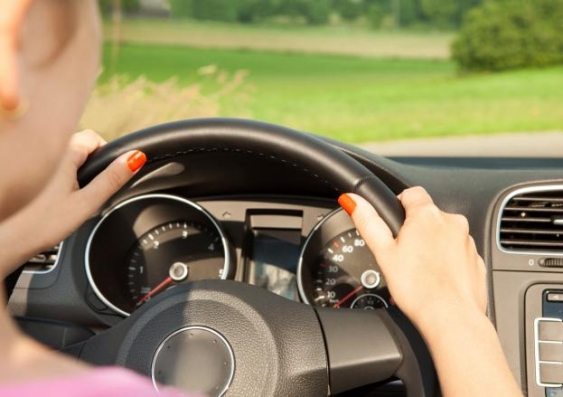 OPINION: People have to take in a lot of information when driving, including the locations of other road users, lane markings, signals, speed limits, directions and the dashboard display. It only takes a second to be distracted, so what if drivers now have to contend with adverts on the actual road surface?

Councillors in Parramatta, New South Wales, recently approved a plan to allow just that – painted advertisements on the surfaces of roadways.

Who could deny the appeal of the potential influx of funds that could be channelled back into the local community?

But the state’s Roads Minister Duncan Gay and officials from the Centre for Road Safety questioned the wisdom of introducing to the roadways yet another distraction for drivers who are already too distracted. In the wake of their objections, the plan has been postponed for further discussion.

Whether those who voiced such reservations knew it or not, their concerns are backed up by findings from vision research.

Road Ads, the company that is pioneering this new method of advertising, lists on its website a number of precautionary steps geared towards minimising the risk to public safety.

For example, the ads would be limited to simple iconic logos and would not be placed near intersections or other major decision points.

But included among the arguments supporting the plan’s safety is an implication that suggests a misunderstanding of how attention and perception work: namely, that because the ads would be placed on the roadways themselves, drivers' eyes wouldn’t be diverted from the road, allowing them to see what lies ahead.

This intuition – that seeing is simply a matter of pointing your eyes in the right direction – is incorrect. And it is important that decisions about road safety be based on an informed understanding of how we see and attend to the world.

Before reading further, try the demonstration here (spoilers follow below).

This video – created by psychologists Daniel Simons and Christopher Chabris – has become undoubtedly the most famous illustration of a phenomenon called inattentional blindness, which refers to our frequent failure to see what’s in front of our eyes when our attention is absorbed by something else.

To see or not to see: that is attention

How could anyone have missed that? Inattentional blindness reveals that what we see depends as much on where our mind is as where our eyes are. Things that are unattended often simply are not seen.

You can only attend to a small amount of information at a time. Even a single glance provides us with more information than we can possibly process consciously, so where a person is looking is not a guaranteed indicator of what aspect of the scene they are attending to.

Efforts to make oneself conspicuous appear to do little to ensure that one will be noticed under such conditions. In one study, my colleagues and I found that people who were attentionally preoccupied failed to see even a bright red item that was visible for five seconds in an otherwise black-and-white display.

In short, inattentional blindness reflects a failure to see something we are physically looking at because attention has already been preoccupied, whether that preoccupation is with something in the environment or inside our own head.

The contribution of inattentional blindness to motor accidents has been so well documented that the traffic safety literature has a special name for incidents resulting from it: “looked-but-failed-to-see” errors.

How we pay attention

When Oklahoma City police recently responded to eight automobile accidents in rapid succession in the vicinity of a newly opened adult store. Neighbours expressed dismay that drivers paid more attention to the risqué window display than to the road ahead of them.

Such dismay reflects another assumption: that we can always control how we direct our attention. The truth is that we often can, but sometimes we’re less able to, and attention research has helped reveal factors that can make the difference.

Researchers distinguish between voluntary attention and reflexive attention. In the videos above, people miss the gorilla because they voluntarily attend to the players instead.

But attention can also be “captured” reflexively by cues in the environment despite people’s best efforts to ignore them. In capturing attention, such stimuli can spontaneously impair people’s ability to see items that appear right afterwards.

For example, emotion-induced blindness refers to a phenomenon in which people fail to see things that appear right after an emotionally engaging picture or word – even when the targets appear where they’re looking.

This occurs both when the distracting item is aversive (similar to images now found on Australian cigarette packaging) and when it is appealing (such as a picture of scantily-clad models).

The effect is powerful. In one study, my colleagues and I informed participants that they would earn US$90 if they successfully ignored the emotional images, but even this did not eliminate the effect. Similar impairments can be caused by non-emotional cues that happen to be surprising, novel, or salient, although often to a lesser degree than those caused by emotional cues.

One danger, of course, is that such findings might be interpreted as absolving drivers of all responsibility for accidents. But the reflexive components of effects like emotion-induced blindness tend to be short-lived. The more prolonged one’s attention to a distracting image, the more it falls under the sway of voluntary control.

When you consider that part of an ad’s mission is to compete for your attention, and when you place this in the context of what we know about attention and perception, the simple math suggests that – in terms of safety – ads along roadways are a bad idea.

The hazards of attention-grabbing billboards along the roadside are well documented. In one survey, nearly a quarter of motorists reported having been so distracted by an attention-grabbing ad that they accidentally drifted out of their lane.

Do ads painted on the road surface eliminate such hazards? Research on perception suggests not: something that attracts attention – whether voluntarily or reflexively – can induce failures to see even things that one is physically looking at, whether they are brakelights, bicyclists or children running onto the road.

In Bombala, NSW, where road surface ads have been given a trial run, there have been no resulting accidents reported to date.

This is useful to know when assessing the impact of such advertising on safety. But it is also important to note that such accidents are most likely to occur when driver inattention and obstacles coincide. Some roads will pose a greater likelihood of such convergences than others.

For councils inclined to approve road surface ads in their community, it is important to note which existing precautions are sensible. For example, keeping ads away from intersections and other decision making zones makes sense.

The Road Ads website describes their ads as simple logos or brands without complex messages or information. But it is hard to gauge how spartan such ads are guaranteed to be.

If the implication is that they would be uninteresting or overly familiar, then there’s a chance that they would have minimal impact on driver perception, particularly among drivers who had passed them many times before.

But drivers who have not encountered a particular logo before would be remiss if they did not try to attend to and ascertain the significance of the road abnormality before them. And ads designed to appeal to the eye or emotions could potentially compromise even the most familiar driver’s ability to see what else lies before them.

As more communities weigh the pros and cons of placing ads on their road surfaces, it will be important that they make their decisions with an informed understanding of how perception works. Keeping one’s eyes on the road does not guarantee seeing what’s there.

The potential for additional community revenue is appealing – but hopefully not so much as to blind policy makers to the potential dangers.

Steven Most is an ARC Future Fellow and Senior Lecturer in Psychology at UNSW.